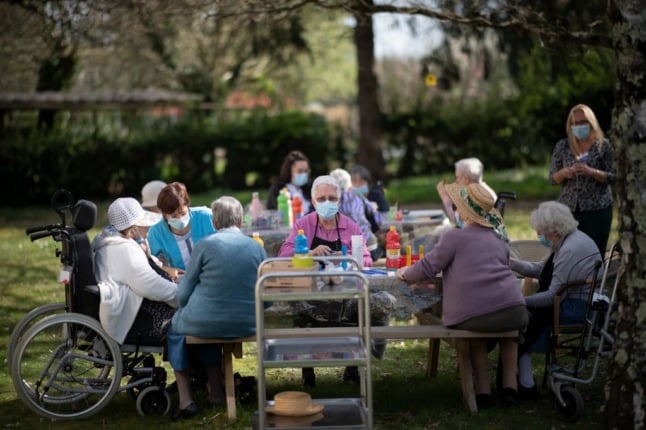 It’s important to distinguish between coliving, which involves sharing bathrooms and the kitchen, and cohousing, where only common living spaces are shared. Photo: LOIC VENANCE/AFP

Spain is renowned for being a very social country where people, young and old, get together outdoors to enjoy each other’s company and pass the time.

But this shared living concept has never been as prevalent when it comes to housing arrangements, with 65 percent of Spaniards in individual flats and 4.8 million people (a tenth of the population) living by themselves.

Enter cohousing, which can be called vivienda colaborativa in Spanish even though the English terminology is preferred, an arrangement that sees residents in a building have their own private accommodation but share common spaces such as the kitchen, laundry or other living areas.

The Spanish government’s 2022-2025 State Housing Plan includes a proposal to boost this cohousing model through financial aid and a 20-year lease for the tenants, considering that this cooperative living arrangement “enables greater integration and a closer relationship between tenants”.

What it could mean in practice is people of all ages living under the same roof in a building which resembles university dorms.

They cook together, watch a film together, play board games together, but then have their own rooms or small apartments to retreat to.

According to Spain’s Ministry of Urban Agenda, existing cohousing spaces in Spain and other EU countries are already proving to be a success, and the model could help to partly solve the country’s housing problems, where rising rents and property prices are making it harder than ever for people to find a home.

Collaborative living in Spain so far has mainly been created for the elderly as a way of preventing loneliness (2.1 million over-65s in Spain live alone), to create a sense of community and to share energy bills and other expenses such as doctors’ visits.

What hasn’t been tested yet is how the cohousing model would work if tenants of different ages and backgrounds were all housed in the same cohousing unit, with some experts considering it could lead to confrontations due to generational differences.

It therefore seems more likely that the cohousing model for the elderly will be promoted mainly as an alternative to care homes, one which offers them more dignity and independence if they are able bodied and the possibility of growing old together.

Cohousing could also serve to house temporary agricultural workers in Spain, most of them foreign and poorly paid, and who often struggle to find or can’t afford to rent decent housing during their time in the country.

It’s important to distinguish between coliving, which involves sharing bathrooms and the kitchen, and cohousing, where only common living spaces are shared.

Spain’s government is currently seeking to pass legislation which would bring a series of major changes to the country’s housing laws, from price freezes to €250 rental allowances for young low earners (already approved), big tax hikes on empty homes, rent caps and last but not least, more social housing.

Under the proposals, thirty percent of new builds will have to be social housing projects meant for rental, Spain’s new housing law states, a decision which still has to be approved by the Spanish Parliament.

Spain has the lowest amount of social housing in the EU with 290,000 units, only 1.1 percent of all properties in the country. 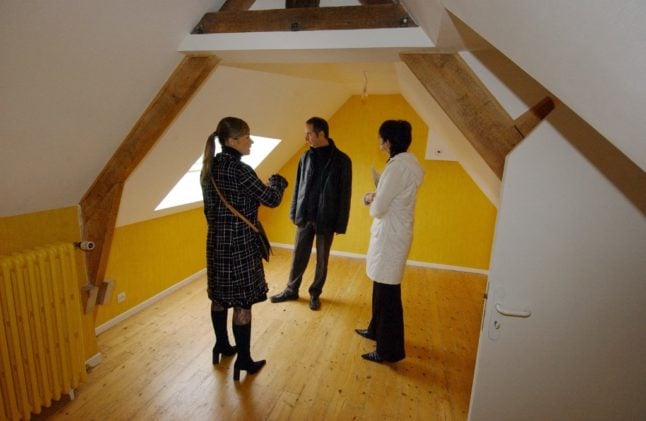 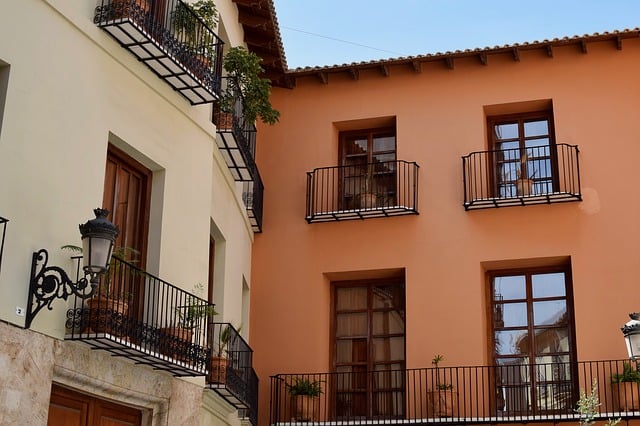 Valencia region is again the most popular region with foreign buyers

According to the latest figures from the College of Notaries of Spain, the region of Valencia is the most popular with foreign buyers representing 26 percent of the market (29,019 buyers), followed by Andalusia with 20 percent (22,625 buyers), then Catalonia about 16 percent (17,493 buyers).

2021 was a record year for foreign buyers in Spain, representing 16.5 percent of property purchases.

However, only nine of the 50 provinces of Spain attract 90 percent of foreign demand.

Spain is a world leader in ‘residential tourism’

According Ángeles Serna, president of Spanish real estate group TM Grupo Inmobiliario, “Spain is in style and has been a leader in residential tourism for a long time”, now so more than ever.

For those of you not familiar with the term residential tourism, it essentially refers to second home owners, foreigners who buy a property in Spain to spend extended periods of time in it.

But it’s the sheer number of people who choose to invest in a home in Spain without living in the country that continues to stand out.

During a speech at the Real Estate Exhibition of Madrid (SIMA), Serna said for non-resident second-home owners some of the essentials they need to decide to buy in Spain are having internet broadband or fibreoptic installed, a terrace, proximity to the coast, an extra room to use as an office, an international airport nearby and a good cultural and leisure offering.

For José María Esteban director of Real Estate Promotion company Ores&Bryan, Spain has a real opportunity of positioning itself as the ‘Florida of Europe’.

In the last seven years, the average price of new and used housing in Spain has increased in value by 31 percent. The minimum was reached after a financial crash, in February 2015. Therefore, housing in Spain continues to be a good investment, for those who can afford the increasingly expensive purchase.

The average price of new and used housing rose 1.1 percent in May 2022, compared to the previous month and 8.4 percent compared to the same month in 2021, with which it already accumulates eleven months of year-on-year growth, according to the appraiser Tinsa.

Growth continues to be largely driven by the evolution of prices in capitals and large cities, which maintains an intensity similar to that registered in April. In metropolitan areas prices are on the rise, while the prices of housing on the Mediterranean coast and the Balearic and Canary Islands remain stable.

Spain’s International Financial Analysts (AFI) and Bankinter’s research departments predict that over the course of 2022 the housing market in Spain will begin to slow down.

Forecasters anticipate a drop in sales and a slower growth in average prices compared to 2021, a year in which transactions reached their highest since the real estate boom, and residential properties became more expensive on average by six percent.

AFI estimates that housing transactions will decrease “around 15 percent year-on-year in 2022”, but will grow steadily. They also predict that there will be moderate growth in 2023, but far below the levels of 2021, when sales soared more than 38 percent and hit 14-year highs.

Rental demand is increasing in Spain

Around a quarter of the population in Spain rents (24.9 percent), according to Eurostat data, a figure that’s lower than across most of Europe but that looks set to increase due to the current lack of supply of new housing and a rise in property sale prices.

According to a study on the sustainability of demand for housing in Spain by real estate companies Solvia and Fotocasa, 66 percent of people looking for housing choose to buy, while 34 percent are looking to rent.

It’s no much that an increasing number of Spaniards would prefer rent rather than buy – as this is a country that values the stability of owning a property in the same light as having a job for the State – it’s rather a case of people not being left with another choice.

Unfortunately, increased demand for rental properties is resulting in a sharp rise in rental prices again (+8.4 percent compared to May 2021), after two years of stagnation and price drops during the pandemic, particularly in big cities.

How inflation in Spain is affecting the real estate market

Spain’s Consumer Price Index (CPI) in May was 8.7 percent, four-tenths higher than the previous month, according to the National Statistics Institute (INE). And the annual rate of core inflation increased one point, to 4.4 percent. Experts believe that this will cause housing prices to rise between 1-2 percent.

It is also making it harder to get a mortgage as interest rates on financing are increase too. Most Spanish mortgages with variable rates normally vary based on a variety of factors, but this number has been rising and in May 2022 saw figures of 0.240 percent, well above the average.

The Bank of Spain has estimated that the increases could range from anything between €35 a month to an additional €400. Bankinter predicts the Euribor rate will finish the year at a staggering 0.40 percent, but, more encouragingly, Caixabank’s prediction puts it at just 0.13 percent by the end of 2022.

The latest stats show that non-resident property buyers account for around 19 percent of all purchases in Spain and this percentage is considerably higher in many parts of the country, particularly those popular with tourists and foreign residents such as the Costa del Sol, Costa Blanca, Balearics and Canaries.

As a result of this and the fact that Britons represent around 12 percent of foreign buyers, Costaluz Lawyers have created a proposal for a new type of visa: the Spanish property owners visa.

Following Brexit, British nationals can now only spend 90 days out of 180 days in Spain and there is a lack of visa options for those wanting to buy a property. Anyone hoping to gain residency through buying a property currently has to spend over €500,000 to be eligible for Spain’s Golden Visa.

A petition has been created in order to gather support for the new visa which you can sign here.

READ ALSO: Valencia region pushes to give Brits more than 90 days in Spain

PROPERTY
What the Euribor rise means for property buyers and owners in Spain
Url copied to clipboard!