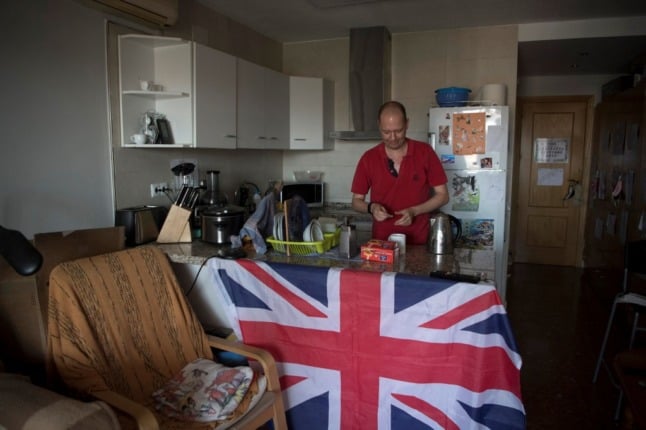 “At the beginning of June (2021) more than 150,000 UK Nationals had applied for their Withdrawal Agreement TIE – that’s both those swapping from the green certificate, as well as brand new applicants,” The British embassy wrote in a Facebook post.

This represents a jump of around 100,000 applications or exchanges from when Spain’s Secretary of State for Migration Hana Jalloul stated in a video message on December 23rd 2020 that “more than 50,000 British citizens have applied for the new TIE card”.

“If you’re not one of them, both we and the Spanish Government recommend doing so as soon as you can,” The British Embassy advised on August 13th.

“It explicitly states your rights under the Withdrawal Agreement. It makes day-to-day administrative processes, including border crossing, easier. It’s got your photo on it, it’s more recognisable and it’s more durable.”

Spain’s Ministry of Migration and Inclusion states the same advantages in its latest Q&A about Brexit.

To clarify, the Tarjeta de Identidad de Extranjero (TIE) is a residency document that’s issued to non-EU foreigners who live in Spain.

In the case of Britons who can prove they were living in Spain before December 31st 2020 it features the words “Emitido bajo artículo 18.4 Acuerdo de Retirada” (issued under Article 18.4 of the Withdrawal Agreement), which means they keep the same rights they had before they ceased to be EU nationals.

But TIEs are also issued to Britons who are moving to Spain for the first time after Brexit, in which case those words regarding their rights under the Withdrawal Agreement and the conditions they have to meet to be eligible for residency are harder. The 150,000 stat released by the UK Embassy does not apply to this group.

In the case of unregistered Brits who were living in Spain before Brexit, it’s a no brainer. Spanish authorities have been particularly lenient by not setting an official deadline for them to apply, but under EU law their 90 days out of 180 days in the Schengen Area elapsed at the end of March. If they intend to live in Spain, they have to register and get a TIE.

FIND OUT: How to apply for a TIE residency card in Spain

For those who did register as residents in Spain before Brexit – in many cases years before – they have been advised for the past months by the UK embassy to exchange their green residency documents (A4 or card sized) for the reasons listed earlier.

When Withdrawal Agreement TIEs for Britons were first launched in July 2020, the advice for green certificate holders was that the exchange was optional, but in recent months Spanish and British authorities have started to recommend more and more frequently that they carry out the swap.

This comes in light of increasing problems with the recognition of the old green certificates by airport staff and by other officials.

“Some Spanish authorities are getting it so wrong (universities, banks) and insisting only the TIE is now acceptable,” Anne Hernández, head of citizen support group Brexpats in Spain, told The Local.

Nonetheless, not all Brits in Spain are in favour of the swap, as in some cases they want to avoid long waits in places with large British populations, or because their old green residency document doesn’t have an expiry date or have to be renewed in theory, as in the case of the TIE.

It’s worth noting however that the exchange process is straightforward in most cases and the benefits of the new TIE card certainly outweigh any potential drawbacks.

FIND OUT: How Brits in Spain can exchange a green residency document for a TIE

In its latest report published in March 2021, Spain’s Ministry of Migration, Social Security and Inclusion reported that the number of Britons who became residents in Spain went up by 6 percent in 2020, with 381,448 registered by December 31st 2020, the end of the transition period.

This figure will no doubt have changed by August 2021, but it does reflect that there could be tens or even a couple hundred thousands UK nationals who have not yet exchanged their green residency documents.