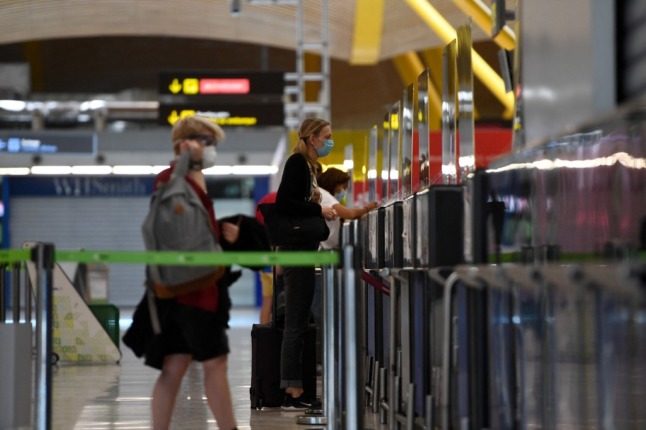 Can Brits in Spain get a Schengen visa extension or overstay? And what are their other options? Photo: PIERRE-PHILIPPE MARCOU / AFP

As you probably know, since the start of 2021 non-resident Brits can stay 90 days in any 180-day period within the Schengen Area, including Spain.

However, it is possible to leave and re-enter the Schengen Area over that six-month period.

“The 180-day reference period is not fixed,” as the EU explains, “it is a moving window, based on the approach of looking backwards”.

That means taking a calendar and highlighting all the time spent in Spain and other Schengen countries already over the past 180 days.

There are also Schengen calculators that do the job for you.

If police or border officials ever question how long you’ve been in the EU, this will be how they calculate if you’ve overstayed or not.

It’s worth stressing as well that the Schengen rule doesn’t work with the calendar year, it’s always a case of counting back 180 days.

Time spent in Spain or the Schengen Area authorised under a residence permit or a long-stay visa are not taken into account in the calculation of the duration of the 90-day visa-free stay. Whatever your preferences or calculations for your time spent in Spain and other Schengen countries, if you exhaust the 90 days in 180 day-period all in one go, you will have to spend 90 days outside of the Schengen Area.

As the europa.eu website puts it, “an absence for an uninterrupted period of 90 days allows for a new stay for up to 90 days”.

So when that happens, know that 90 full days outside of the Schengen Area and Spain will give you a new period of 90 days.

Plan ahead to make sure this absence from the Schengen Area doesn’t fall at a time when you want to be in Spain.

However, remember that you are always counting back the last 180 days, so if you have not exhausted the 90-day limit over the past six months, you will not have to leave the Schengen Area until that’s the case.

Plan for winter in the sun

If you kickstart your 90 out of 180 day period during the summer in Spain, it will mean that the six-month window will end in winter, and you won’t be able to enter the Schengen Area for the next three months.

For many Brits in this situation it will mean spending the coldest, darkest and wettest months of the year back in ‘Blighty’, which is often exactly what they don’t want.

In order to enjoy warmer winters in Spain and mild summers in the UK, try to avoid starting your 180-day Schengen window in summer and wait instead until at least October or November to enjoy three months of winter sunshine for the following six months. If you have to leave Spain but you don’t want to return to the UK, consider spending some time in countries outside of the Schengen Area that aren’t too distant.

It’s worth highlighting that time spent in other Schengen countries counts too, so factor this in if you’re planning on travelling around Europe.

Split your time in Spain into several trips

Over a period of 180 days, you can spend four three-week holidays (22.5 days each) in Spain, and alternate it with three-week periods in the UK or outside the Schengen Area.

You can also break the three months you have available into six-week periods. For example, if you arrive at the beginning of November in Spain, spend six weeks there till the middle of December, then return to the UK to spend Christmas and New Year in the UK, then go back to Spain in the middle of January until the end of February.

The UK’s Covid-19 travel restrictions and testing requirements mean this isn’t as affordable or practical at the moment, but in normal times there are countless low-cost airlines operating between both countries to make it a feasible option.

This way you’ll be able to spread out your time in Spain over a six-month period.

REMINDER: What are the rules for travel between Spain and the UK in September 2021?

Play by the rules

It is possible for third-country nationals such as Britons to get a short-stay visa extension which would allow them to spend more than 90 in 180 days in Spain.

But as Spanish authorities point out, you have to prove “exceptional reasons” for this extension to be accepted – usually force majeure reasons- and all the trouble you’ll go to process the paperwork (including proof of financial resources) isn’t worth it for the few extra weeks you’ll get.

Needless to say, spending time in your Spanish home doesn’t count as an exceptional reason.

Then there’s the matter of overstaying. Spain hasn’t given unregistered Brits already in the country before 2021 a date by which to register, although the advice for months from the UK embassy has been to become residents as soon as possible.

READ MORE: When is the deadline for Brits to apply for residency in Spain?

Needless to say, overstaying your time in Spain is not a good idea. There is no clear mention in Spanish government sources regarding fines, deportations or travel bans from the Schengen Area for overstayers.

But the likelihood of there being a record of this is high. Some sources say there are consequences, others that there aren’t, but the risk isn’t worth it if you intend to keep travelling back and forth between Spain and the UK for the foreseeable future.

BREXIT
BREXIT: Premium Bond holders in Spain may have to cash in if no UK bank account

The news has been shared on Facebook groups by people affected, after they were sent a letter from the state-owned UK savings bank NS&I (National Savings & Investments) warning them that a UK bank or building society account is an essential requirement for holders of their products.

Winning numbers are drawn each month awarding tax-free prizes. The amount invested is completely safe. As much as £1 million is on offer in the monthly draws, with the lowest prize coming in at £25.

NS&I also offers a range of other investment products, such as Income Bonds – which pay regular interest to holders – and Direct ISAs, which are a tax-free savings account.

According to NS&I, which was responding to questions from The Local, all of their products are affected by this change.

The reason for the warning to customers is the fact that some UK banks have been closing the accounts of their customers based in the EU, given that these lenders no longer have the licence necessary to maintain them after Brexit.

Judy Filmer has lived on the Costa del Sol for 21 years, and is among the NS&I customers to receive the letter, as did her 95-year old mother, who is also a resident of Spain.

“For many older folks this will be another upheaval to negotiate in the storm left by Brexit,” she told The Local.

“NS&I and Premium Bonds are cosy ways of saving, and pensioners find them easy to use.”

Lloyds Bank, Barclays and Coutts are among the lenders who have been closing accounts of their UK customers resident in the EU.

Other banks, however, including HSBC, Santander and NatWest, are currently taking no such action for clients that fall into this category.

The letter sent earlier this year by NS&I stated that “some banks and building societies in the UK have told their customers living in certain EU countries that they will no longer be permitted to hold their UK-based accounts” since the Brexit transition.

“As you live in one of those countries,” the missive continues, “we realise that this could affect your ability to continue holding your NS&I Premium Bonds and Income Bonds account(s). This is because you need to have a UK bank or building society account to continue to operate an account with NS&I.”

The communication from NS&I goes on to warn holders of its products that they will have to provide details of another UK account held, or if “you don’t have access to another UK account in your name, you will need to close your NS&I account.”

However, all is not lost. NS&I confirmed to The Local that “any UK bank or building society account that can receive BACS payments” will be accepted for holders of its products living in the EU. 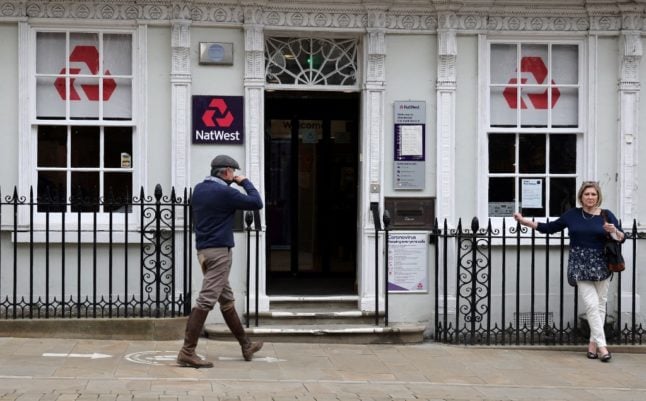 HSBC, Santander, NatWest and other banks are currently taking no action against clients abroad regarding Premium Bonds. (Photo by ADRIAN DENNIS / AFP)

In practice this means that anyone who holds NS&I products, and is facing having their UK account closed by their lender due to Brexit, can open a substitute account with Wise or a similar firm that supports BACS payments and accepts UK nationals resident in the EU as customers.

While winnings from Premium Bonds are tax free in the United Kingdom, it’s a different story if you are living in Spain.

The Local spoke to Spain-based financial adviser Chris Burke, who explained that the rules of each individual country determine whether tax is due on prizes from the product.

“In Spain, each year you must declare any monies received from these whether you access this or not, and pay the tax liable,” he explained.

So be warned: while you might take home a tidy million pounds in the UK if your Premium Bonds number comes up, in Spain you’ll have to share it out with the Tax Agency.