Travel has been heavily restricted around most of the globe for the past year, so has this led to any relaxation of the rules in Spain in terms of length of stay for non-EU nationals such as for unregistered Britons? And what are the penalties for overstaying?

Reader question: We are British and travelled to our second home in Spain before Christmas. Since then travel restrictions have been tightened and several of our flights have been cancelled so we have holed up in our home in rural Spain. But now the 90-day rule is in force will we have to leave by the end of March or has the rule been waived because of the difficulties in travelling?

Many people’s travel plans have been thrown into disarray over the last year, for many that has made trips to Spain impossible, while others have ended up staying much longer than they planned.

But however topsy-turvy the world has become, there are still limits on how long certain groups can stay in the country.

For people who are not EU citizens – which since January 1st 2021 includes UK nationals – the 90-day rule comes into play.

You can find a full explanation of how it works HERE, but essentially it limits trips into the Schengen zone (which Spain is a part of) to 90 days out of every 180. People who want to stay longer than 90 days in every 180 must either get a visa or apply for residency.

So have these limits been waived during the Covid crisis in Spain?

The EU has issued some general advice on this, encouraging member states to grant visa extensions where necessary and to waive sanctions on people who have overstayed due to travel restrictions.

As ever though, decisions on border issues remain with national governments within the EU.

Spain did issue a state bulletin in May 2020 in which it addressed the matter of overstays for all non-EU nationals during the early months of the state of alarm. In the document the Spanish government explained how those people who were in Spain, with permission to stay for a period not exceeding 90 days, that has expired during the validity of the state of alarm, would see their stay automatically extended for a period of three months.

“The 90/180 day rule applies to any UK nationals who are visiting Spain for leisure purposes since 1 January 2021. Any stays beyond the 90 days in any 180-day period will be dependent on the applicable visas and immigration rules for Spain. This may require applying for a visa and/or permit.

“The FCDO is not able to comment on Spanish immigration policy. We would therefore advise UK nationals to direct any queries to the relevant Spanish authority. If you are currently in Spain, you should direct queries on possible extensions to your length of stay to your local ‘extranjería’ office, details of which can be found here or by calling 060.

“Anyone who was living in Spain before 1 January 2021, but does not yet have their residency documentation, should take steps to register as soon as possible. For more information visit: https://www.gov.uk/guidance/residency-requirements-in-spain 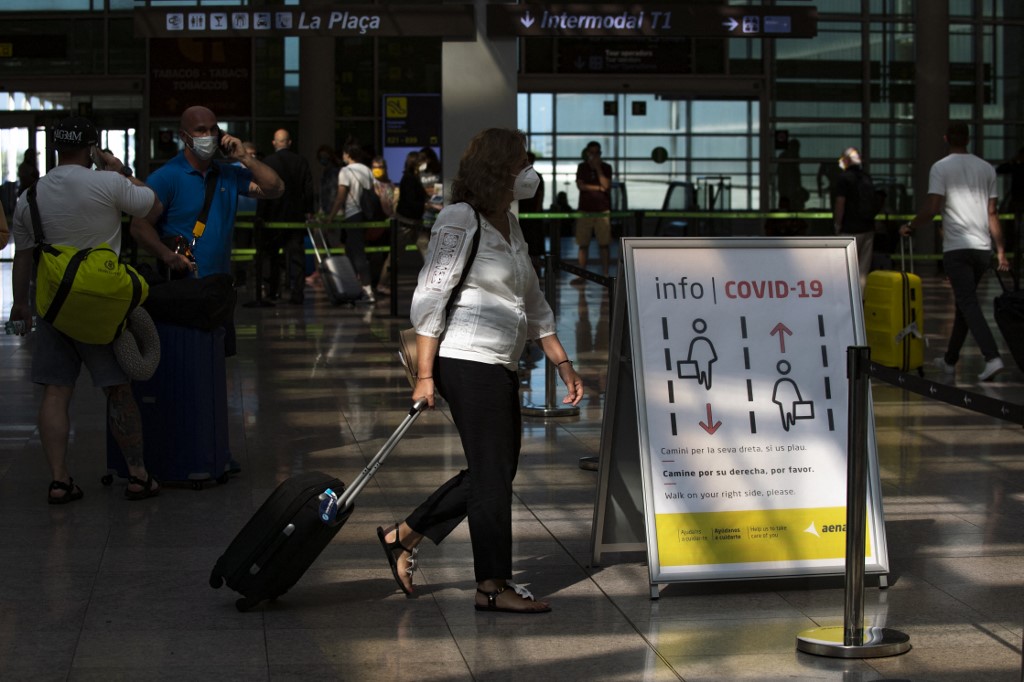 When Spain went into full lockdown in March 2020 and it allowed thousands of third-country nationals who were unable to return home due to international travel bans to remain in Spain, it did force those who spent more than 183 days in Spain to become fiscal residents and to start paying taxes here.

Travel restrictions are not as severe now as they were then but there are still comments on forums by Britons in Spain or Spanish homeowners in the UK saying their flights between both countries for February and March have been cancelled.

According to Spanish lawyer Romulo Parra, Spain only generally offers visa extensions to third-country nationals in the event of illness or an accident, but these are unusual times.

What are the consequences of overstaying 90 days in Spain?

Spain’s foreign ministry doesn’t mention what the consequences of overstaying 90 in 180 days in Spain are in its FAQ or its state bulletin but fines and temporary bans from the Schengen Area are widely mentioned online, without any specifics usually given.

We’ve done some digging and found that according to article 53.1.a of Spain’s Immigration Bill, surpassing the 90 days could be considered a serious violation in the eyes of the law, with fines going from €501 to €10,000, a possible expulsion from Spain as well as a potential ban from the Schengen area for six months to five years.

We reiterate that this is for a serious offence. Minor wrongdoings can result in fines under €501. Very serious breaches can lead to penalties of €10,000 to €100,000.

But as last year’s Spanish state bulletin dealing with overstays of third-country nationals did give them a further three months’ grace period during the state of alarm in 2020, there is less reason to think that any of these penalties should be applicable if reasonable and justified reasons are given for not sticking to the deadline ie. flights cancelled due to coronavirus restrictions.

For non-EU nationals like Americans and Australians, Spain has earned itself a reputation for being not too fussy about the exact exit date of people who aren’t working or claiming benefits in Spain as long as it’s fairly close. It’s also true that there is likely to be a ‘bedding in period’ for the new rules.

The obvious advice however is that if you’re not planning on applying for residency in Spain, you should book your flight out long before the end of your 90-day stay, to give yourself some leeway in case your flight is cancelled.

It’s highly unlikely Spanish police will be deployed to hunt out overstayers and deport them, as claims made in some UK newspapers have suggested.

A spokesman for Spain’s Interior Ministry told The Local that those British nationals who do not apply for residency will be “advised of the situation”.

READ ALSO: OPINION – Neither Spain nor the EU are to blame for some Britons having to leave

I am worried I will exceed the 90-day permitted limit while awaiting residency in Spain. Should I be?

During a recent Q&A the British Embassy in Spain conducted on Facebook, Fiona in the Canary Islands said she had submitted her application for residency in December, ahead of the Withdrawal Agreement deadline, but was worried that as the process can take a while, she might exceed the permitted 90-day period that Britons are allowed to stay in the EU without being residents.

Marc Garcia Palma from Age in Spain, an organisation which is providing assistance to Brits in Catalonia, Balearic Islands, Canary Islands and North of Spain, said: “While you are on waiting period to receive resolution of your application you are allowed to stay in Spain even if you surpass the 90 days-period that third country nationals have, so while you are waiting for the resolution you have nothing to worry about.”

READ ALSO: When is the deadline for Brits to apply for residency in Spain?

My application was rejected. Can I legally stay in Spain while appeal is being processed?

Legal Advisor Alicia Gárate from IOM sought to reassure Karen in Burgos who was worried that she might break the 90-day rule after her application was rejected.

Q&A: Everything you need to know about residency in Spain post-Brexit