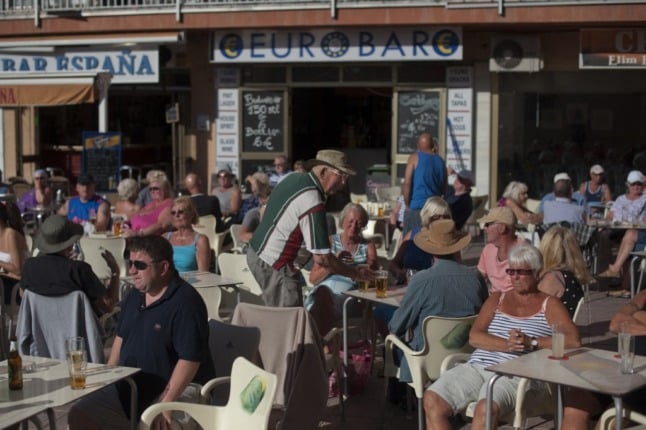 A terrace bar in the Costal del Sol town of Benalmadena before the pandemic. JORGE GUERRERO / AFP

Before December 31st 2020, many Brits decided to split their time between Spain and the UK and didn’t always register for residency in Spain even if they stayed for long periods, coming and going as they pleased. Brexit has changed all this, however.

Can you be a resident in both Spain and the UK?

Unfortunately, it’s not possible to be resident in both the UK and Spain and it never has been. Even before Brexit, you still had to choose which country you were resident in. Pre-Brexit, technically you were supposed to register as a resident after three months in the country, however as the UK was still part of the EU, the amount of time spent in Spain wasn’t monitored. This meant that you were able to spend longer periods in Spain and still remain a resident of the UK.

If you register for residency in Spain, then you are liable to pay tax in Spain and will lose certain rights back in the UK such as access to the NHS and residency status. Therefore it’s not possible to be a resident in both countries.

Up until December 31st 2020, UK citizens could enjoy the EU’s freedom of movement act, which gave them greater flexibility and allowed them to easily move between Spain and the UK, even though they were only officially resident in one.

Unfortunately, it’s no longer possible to do this.

Registering for residency in Spain

Brits who were living in Spain before December 31st 2020 and wish to continue living here, must apply for the biometric residence card called the Tarjeta de Identidad de Extranjero (TIE) if they are applying for residency for the first time. Those who previously held a green residency card, are encouraged by the British Embassy in Spain to exchange it for a TIE. Find out here how to exchange it.

The UK government living in Spain guide states that “If you were legally resident in Spain before January 1st 2021, your rights will be protected by the Withdrawal Agreement and you should check that you are correctly registered as a resident”.

Spanish government website expands on this by stating: “Those UK citizens that arrive from January 1st 2021, and that are not included in the scope of application of the Withdrawal Agreement will fall under the general immigration regime, since the agreement reached between the UK and the EU does not include the free movement of people”.

If I register for residency in Spain, does that mean I am also a tax resident there?

Remember that residency in terms of immigration is not necessarily the same as being a tax resident. Residency has to be applied for, while tax residency can be automatic when certain conditions are met.

According to the Agencia Tributaria Spanish tax authorities, an individual is a tax resident in Spain when any one of the following circumstances apply:

How long can I stay in Spain if I’m not a resident?

Brits who live in the UK and want to spend time in Spain or own a holiday home here, now need to limit their stays to 90 days in every 180 days. This is because of the EU’s 90-day rule, which allows non-EU citizens to only spend 90-days out of every 180 in an EU or Schengen zone country, without the need for a visa. If you want to spend longer than this you will have to apply for a visa.

Applying for a Spanish residency visa in 2021 and beyond

If you’re a British citizen who is not already a resident in Spain, but wants to be, you will be treated the same as third-country nationals, such as those from the US or Australia, and will need to apply for a visa.

According to Balcells Group legal firm in Spain, there are certain visas that make the process much faster, for example: