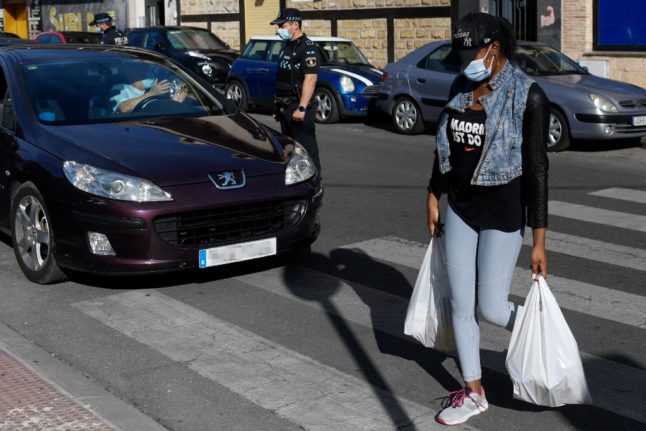 Declared in October as Covid-19 infections surged, the emergency decree has provided regional authorities — which are in charge of health care — a legal framework to enforce nighttime curfews and other restrictions including a ban on non essential travel between regions.

But once the emergency situation ends on Sunday, regional governments will need local court approval to impose restrictions on social life such as caps on the size of home gatherings.

As the end of the state of emergency nears, authorities are rushing to prepare rules to keep certain restrictions in place, including limiting bar and restaurant hours.

The Balearic islands, which includes tourism hotspot Ibiza, on Thursday received court approval to limit the size of private gatherings to six people and keep its nighttime curfew in place.

Several other regions have said they will ask the courts to extend nighttime curfews but so far none have indicated they will seek to extend their ban on inter-regional travel.

That means Spaniards will be able to travel to holiday homes or to visit far-off relatives for the first time in months.

State-owned rail operator Renfe says ticket sales for next week are up 13 percent over the last week.

“I am really keen to get out of Madrid,” said Alicia Carbajosa, a 47-year-old civil servant, who plans to visit her family soon in the southern region of Andalusia for the first time this year.

But while many Spaniards are happy about the lifting of restrictions, some politicians are accusing Prime Minister Pedro Sanchez’s leftist government of washing its hands on handling the health crisis and dumping the problem on Spain’s 17 regional governments.

The vice president of the conservative government in Andalusia, Juan Marin, accused

“This government has no idea what it’s like to manage,” Juan Marin, vice president of the conservative government in Andalusia, said Thursday.

However Health Minister Carolina Darias argued that the state of emergency could not remain in place “indefinitely” and said the measures available to the regions were enough to fight the virus.

Spain, one of the hardest hit nations in Europe by the pandemic with nearly 79,000 deaths and 3.5 million cases, is now in a “different” epidemiological situation and its vaccination programme is progressing rapidly, she added.

Around 27 percent of Spain’s population of 47 million people has received at least one dose of vaccine against the coronavirus, and 12 percent are fully vaccinated, according to health ministry figures.

Spain’s coronavirus incidence as measured over the past 14 days has been falling and it stands at just over 200 cases per 100,000 people, compared to 473 in France, 305 in Germany and 267 in Italy, according to an AFP tally based on official figures.

To strengthen the hand of the regions, Spain’s central government passed a decree on Tuesday allowing them to appeal to the Supreme Court if a local court strikes down a proposed virus measure.

The court would then have up to five days to give its ruling.

The goal is to establish a national precedent and create a nationwide consensus over how far regions can go.

But Salvador Macip, professor of health sciences at the Open University of Barcelona and author of the book “The great modern epidemics”, warned the situation in Spain was still unstable.

“There is alway this risk that if mobility increases there will be more infections” after the state of emergency ends, he told AFP.

“There is a sense that there can no longer be any upsurges or peaks in infections because we are vaccinating quickly and cases have fallen,” he added.

“We can’t go about our normal lives and enjoy all freedoms when people are dying.”