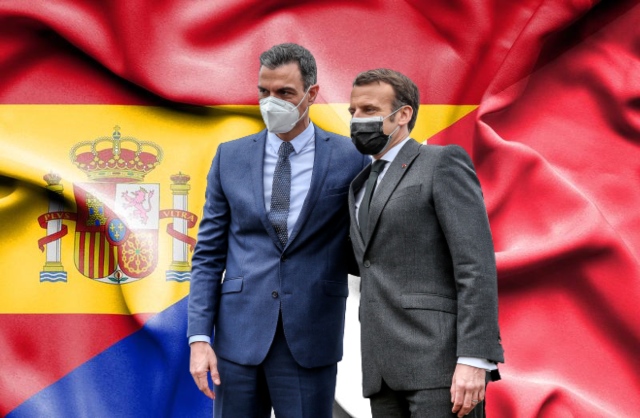 Obtaining Spanish citizenship is no easy task for foreigners living in Spain.

It takes most extranjeros on average twice as long to be eligible for Spanish nationality through residency than in other EU countries (ten years as opposed to five), the application process is long and arduous (it can take up to two years) and for the majority of foreign nationals it means having to give up their own nationality for them to become only Spanish.

And still, citizenship remains an interesting option for many foreign residents who have made a life for themselves in Spain and wish to obtain greater rights in the country they call home.

On March 15th, Spanish Prime Minister Pedro Sánchez and French President Emmanuel Macron met at the Occitanian town of Montauban for the Spanish-French summit; among other reasons to sign a deal which has been in the pipeline since November: an agreement on dual nationality between the neighbouring nations.

According to estimates, it could benefit more than 350,000 Spaniards based in France and 160,000 French nationals who live in Spain.

Spaniards will no longer have to renounce their nationality if they want to obtain French citizenship as they had until now, and vice versa for the French in Spain. Both sides will also obtain the right to vote in their host countries.

“It’s a strategic agreement between the Spanish and French states that will be beneficial for both parties,” says Margaret Hauschild Rey, an immigration lawyer whose English-speaking law firm Bennet & Rey in Madrid specialises in everything from civil law to property law for its international clientele.

Why could this deal be beneficial to other Europeans in Spain, including Brits?

France is the first country with which Spain has signed a dual nationality deal outside the Ibero-American space, understood as being applicable to nations that have Spanish or Portuguese as one of their official languages.

“I hope it will serve as a basis for effectively opening up the possibility of signing similar agreements with other countries of the European Union and the United Kingdom,” Hauschild Rey told The Local.

“From my point of view, to speak of a European State, means having to set in stone the unity between citizens of the Union.

“One way of putting this unity and freedom of movement into practice would be to allow a European citizen to acquire another nationality.”

The law that deals with dual nationality, Article 11.3 of the Spanish Constitution, actually establishes that “the State may carry out dual nationality treaties with Ibero-American countries OR with those that have had or have a particular relationship with Spain”, which suggests that for some nationalities there’s room to be hopeful. “Regarding British citizens, they have a special bond with Spain,” Hauschild Rey argues.

“There are 260,000 British citizens who are resident in Spain, and more than a third of them are over 60 years of age, and many have spent a large part of their lives here in Spain.

“Given the situation with Brexit , having dual citizenship would help both the British in Spain and the Spanish in the United Kingdom,” the latter numbering around 185,000 in early 2020.

The benefits of obtaining Spanish citizenship for UK nationals, as well as those for other non-EU nationals, outweigh those that EU nationals achieve, as Spanish nationality gives third country nationals greater stability and security in terms of residence in Spain, less paperwork as well as the right to live and work in other European countries.

Why does Spain traditionally have stricter rules on citizenship?

“Since Roman times, having citizenship was a highly coveted special right that opened the doors to enjoying many advantages.

“Spanish law, like most countries around us, is based on Roman law and I think this is the reason. Having a country’s citizenship is a privilege and a right that the authorities have safeguarded for the benefit of its citizens”.

It’s worth noting that although the bilateral agreement between France and Spain is a win for French people living in Spain, they will still have to reside in the country for ten years before being able to apply for citizenship, contrary to what it is for nationals of Ibero-American countries, Andorra, the Philippines, Equatorial Guinea, Portugal or people of Sephardic origin, for whom it’s only two years.

“From my point of view, the world has changed. Spain is a full member of the European Union and, as I have said before, it is part of a more globalized environment,” Hauschild Rey argues, whilst also emphasising that “not just anyone” should be eligible for Spanish citizenship.

“This global nature gives rise to great geographical mobility,” the Madrid-based lawyer, whose surnames reflect her own international background, explains. “There are people like me, whose parents are of different nationalities, and who have also been educated in another country.”

The matter of dual nationality is also of interest to foreign parents whose child or children are born in Spain. Spanish citizenship for the infant can be achieved after a year, but in most cases dual nationality won’t technically be possible, meaning that parents and children can end up with different nationalities.

For Hauschild Rey, having a special connection to Spain by having been born in the country – “ius soli” – is something which Spanish authorities should factor in vis-a-vis dual citizenship.

“This is a reality that will continue to increase –  international citizens –  linked to two and even three countries,” she states.

“In our law firm we are aware of this situation, for example, we handle divorce, property or immigration cases that involve several countries.

“I believe that this situation should be taken into account by Spanish authorities and that it should be prioritised within the legislation for the protection of rights of these international citizens, allowing them to have, for example, dual nationality”.

Margaret Hauschild Rey is a Madrid-based lawyer who belongs to the Madrid Bar Association and is a partner at Bennet & Rey, a law firm specialising in International Civil Law. 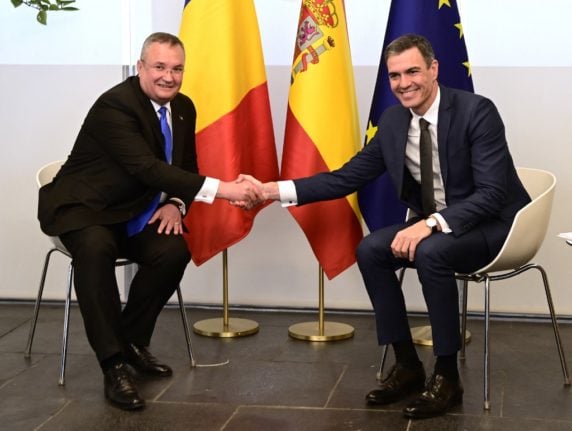 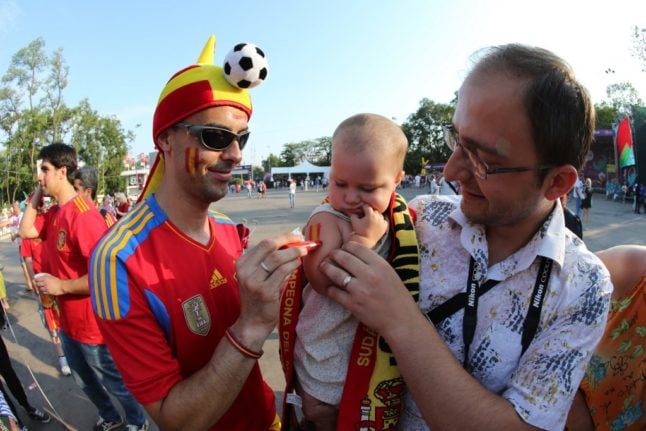 One of the first questions foreign parents ask themselves when they’re about to have a baby in Spain is what nationality the child will have.

Foreign parents from most countries who have legal Spanish residency and have a baby in Spain will not be able to get Spanish citizenship for their new-born right away.

By law, they will first inherit the citizenship of their parents unless they are from Argentina, Cape Verde, Costa Rica, Cuba, Guinea Bissau, Panama, Paraguay, Peru, Portugal, San Tome and Principe, Uruguay or are stateless, in which case their child can get Spanish citizenship straight after birth. You can read about it in more detail here.

Parents from all other countries may only apply for Spanish citizenship for their child after he or she has continuously lived in Spain for a period of one year, usually from the date that their birth in Spain was registered.

Keep in mind that this right to Spanish nationality after one year of residency continues throughout their life if they were born in Spain, so if you would rather wait for your son or daughter to decide later on in life if they want to be Spanish, they hold on to that right.

If your intention is for your child born in Spain to acquire Spanish citizenship as soon as possible, here’s what you have to do.

The first step is to register your baby’s birth at the Civil Registry, which can be done at the hospital or a few days later at the Registry Office.

READ ALSO: How to register your new baby in Spain and apply for a passport

Next, you will register your baby’s birth with the embassy or government of your home country and apply for a passport for them.

Most countries will grant this automatically for babies born abroad, although you will need to find out the specific process for your country.

READ ALSO: Does having a baby in Spain mean I can become Spanish?

Once you have all the paperwork pertaining to your baby’s nationality, you will need to apply for a residency card for them, in a similar process to the one that you applied for when you moved to Spain.

This is referred to as the Autorización de Residencia para menor nacido en España (Residency Authorisation for a minor who was born in Spain).

You will need to book a prior appointment at the police station to apply for a foreign identity card such as a TIE.

According to the Spanish government website, the prerequisites for this are that:

For this, you will need:

You will also need to fill out the form EX–01 for temporary residence or EX-11 for long-term residency.

If you are a European citizen, you can apply for a special permit for children born in Spain to Spanish residents, which can also be applied for at the police station by taking your child’s birth certificate, their nationality documents, and your green residency card.

The processing time should take around one month, after which you must take your child along with you when you go to collect their residency card.

After one year of legal residence in Spain, you can start the application of applying for Spanish citizenship by getting a Judicial Order from the Judge of the Civil Registry so that you can make this decision for a minor.

In order to complete the process you will need:

Extras that may be requested are your marriage certificate if you have one.

Your child will not have to take the language or citizenship exam that adult applicants are required to as they are under 18 years old.

Keep in mind, foreigners who are in Spain on a student visa will not be able to apply for Spanish citizenship for their baby born here.

One of the parents must first modify their residence permit before they can move forward.

Be aware that not all countries recognise dual citizenship, including Spain (except with only a handful of countries), so your child may be forced to give up the nationality they acquired from you when they were born.

This is not always the case, but you may want to contact a lawyer about the legal ramifications of this if you decide to move forward with Spanish citizenship for your child.

READ ALSO: Do you really have to give up your nationality to become Spanish?