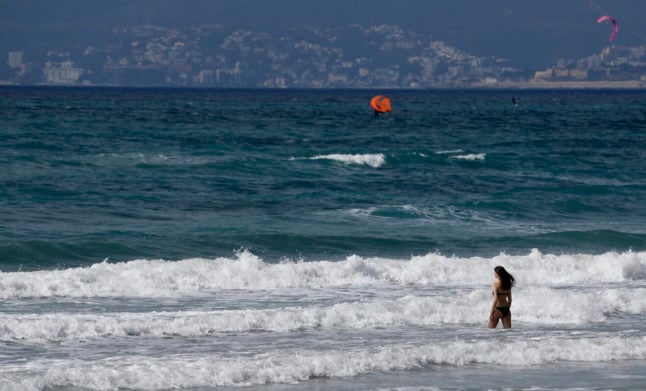 A beach in Mallorca on March 11th. Photo: Clara Margais/DPA

Starting on Sunday, Mallorca and the entire Balearic archipelago will no longer be considered risk areas for travel due to a vastly improved epidemiological situation there.

The Robert Koch Institute (RKI) confirmed on its website on Friday that the regions no longer had enough infections to be considered risk areas.

On Mallorca and the other Balearic islands of Menorca, Ibiza and Formentera, the 7-day incidence has dropped to 21 infections per 100,000 inhabitants within a period of seven days. The threshold for classification as a risk area by the RKI is 50.

Back in December and January the Balearic Islands had some of the highest levels of infection in Spain, but the islands now have fewer cases than any region of Germany.

READ ALSO: Will it be possible to go on holiday in Germany over Easter?

On the Spanish mainland, the coastal regions of Valencian and Murcia, where the popular destinations of Benidorm, Calpe, Javea and Denia are located, will also be removed from the risk list on Sunday.

The same goes for the regions of Extremadura, La Rioja and Castilla-La Mancha.

Large parts of Portugal will also be taken off the list despite the presence of variant strains of the virus there.

For the entire northern half of the country (Norte and Centro regions) including Porto, the travel restrictions will be lifted completely – including the ban on airline transport.

However, the popular southern coast of the Algarve, the Atlantic island of Madeira, and the capital Lisbon will continue to be considered risk areas.

The removal of these regions from the list means that travellers will no longer be required to take a test on their return to Germany, nor will they need to go into quarantine. However, there will be still be rules like wearing masks and observing social distancing.

At the same time, however, the German government still advises against “all but essential travel at home and abroad”.

People flying to Spain from coronavirus risk areas (which includes Germany) do not have to go into quarantine but must present a negative PCR test that is no older than 72 hours. Antigen tests are not accepted. You also have to fill out a form before travel.

READ ALSO: The updated Covid-19 restrictions for regions of Spain

The news is likely to delight tour operators, which have been pushing hard for the removal of the Balearic Islands from the risk list.

“The hotel industry has been preparing intensively to offer safe and responsible holidays there,” TUI Germany boss Marek Andryszak said this week.

After news came through of the new classification, Andryszak told Bild newspaper that “nothing now stands in the way of the Easter holidays in Mallorca, and our teams have prepared accordingly”.

TUI now wants to start flights to Mallorca from Hanover, Frankfurt and Düsseldorf as early as March 21st.

Currently, most hotels on the Balearic Islands are still closed for the off-season and due to the pandemic. But TUI said on Friday that the first major hotels on Majorca will start operations from next weekend. Since the beginning of March, restaurants, cafés and pubs have been allowed to reopen their outdoor areas in the town until 5pm.

Last week, the Istrian peninsula on the Croatian Adriatic was the first holiday region abroad to be taken off the risk list.

READ MORE: What you need to know about Germany’s latest rules on foreign travel