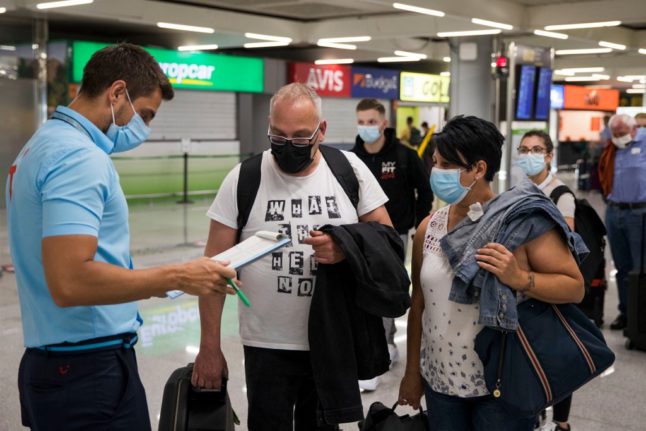 On Friday, May 21st, Spain announced that it would allow all vaccinated travellers to enter the country from June 7th.

“From June 7th, all vaccinated people and their families will be welcome in
our country, Spain, regardless of their country of origin,” Prime Minister Sánchez said at an international tourism fair in Madrid.

The Spanish government also announced that British travellers would be able to enter Spain from Monday May 24th. Sánchez said they will be allowed in “without restriction”.

The Spanish government website confirmed that British travellers will not need to present negative PCR test, but that they would still need to fill out a health control form.

Japanese travellers will also be allowed to enter Spain again from May 24th.

However, travellers from some countries with low infection rates are still able to enter the EU and Spain, including those from Australia, Israel, New Zealand, Rwanda, Singapore, South Korea, Thailand, China (subject to reciprocity) and the regions of Hong Kong and Macao.

Restrictions on arrivals from Brazil and South Africa will continue however, until at least May 25th.

On April 28th, Spain announced that travellers arriving from India will have to now undergo a 10-day quarantine as well to prevent the potential spread of the Asian country’s coronavirus variant within the Spanish territory.

The border between Spain and Portugal was finally opened again on May 1st 2021 after remaining closed for three months.

Portuguese authorities announced in late April that police checks at the border with Spain would be lifted from Saturday May 1st, allowing for travel without justified reasons between both countries for the first time since late January.

However, there has been plenty of confusion over whether this meant people in Spain could travel to Portugal for a ‘non-essential’ holiday and vice versa, because Portuguese border authorities also said in early May that just because there weren’t border checks by police anymore, it didn’t mean Spaniards could come on holiday to Portugal.

READ ALSO: Reader question: Is it possible to travel to Portugal from Spain for a holiday?

Spain has adopted measures in line with EU recommendations which means there are effectively no restrictions on those travellers arriving in Spain from EU/ EEA countries providing that those who travel from a country classified as high-risk country present a negative PCR , TMA or LAMP test.

We will keep this page as updated as possible but if you wish to double-check information here is the Spanish government’s website on international travel requirements.

Travellers from outside of the EU

For other travellers coming from countries outside of the EU, Spain is following the guidelines set by the EU which has opened up its external borders only to places on its regularly revised ‘safe’ list.

Countries with high Covid-19 rates such as the USA, India and Russia are not on the list as well as most central and South American countries. Residents of these and most other countries can only travel to the EU for essential, urgent reasons.

However those who have been vaccinated are in luck.

But Spain will make an exception for those with student visas who can arrive within two weeks of their study commencing and who have valid health insurance and can present a negative Covid test taken within 72 hours prior to arrival.

If you travel to, or transit, Spain and are not admitted, you will be placed in immigration detention for up to several days, until a flight on the same airline becomes available to take you back to your point of origin.

There is no mandatory quarantine in place for new arrivals in Spain but all passengers travelling by air or sea to Spain must fill out and sign an online Health Control Form 48 hours prior to travel, providing the Spanish Ministry of Health with:

You can do this on the Spain Travel Health website or downloadable app.

On completion, you will be issued a personal and non-transferable QR code which you must show (electronically or hardcopy) at airport health controls on arrival, where you may be asked to undergo a temperature check and visual health assessment

Since the state of alarm ended on May 9th, travel within Spain itself has become a lot easier because the regions have reopened their borders.

READ MORE: UPDATED: What are the post state of alarm restrictions in each region in Spain?