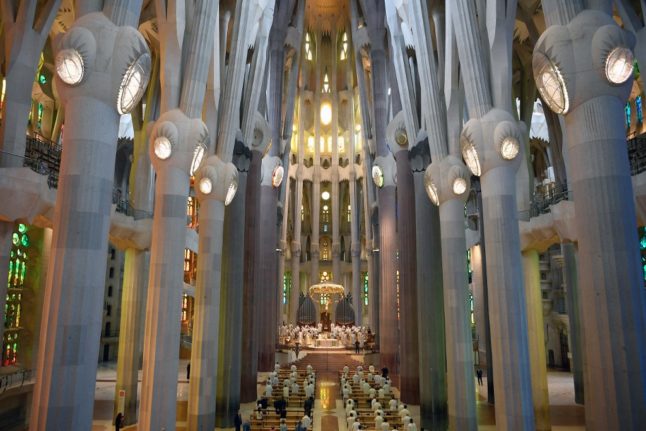 Unlike in many other nations where the government or the Church itself has opened a probe into the scale of such abuses, this has never happened in Spain.

But this week, lawmakers backed the creation of an independent expert committee to investigate the abuses, with the Church on Friday offering a fresh update on case numbers.

“In the past two years… we have received information or complaints about 506 cases,” Luis Arguello, secretary-general of the CEE Episcopal Conference that groups Spain’s leading bishops, told a news conference.

In 2020, Spain opened 202 “child protection and abuse prevention” offices following an order from the Vatican requiring every Catholic diocese around the world have an office or system for reporting abuse.

Of the new reports, “the vast majority, 300 of them, relate to incidents which took place more than 30 years ago,” he explained.

And in 103 cases, the alleged abuser had “already died”, Arguello said, stressing the offices would continue probing such cases as well as those where the statute of limitations had expired “in order to understand what happened”.

Long accused by victims of stonewalling and denial, the Spanish Church said a year ago that it had registered just 220 cases after two decades of investigation by the Vatican’s Congregation for the Doctrine of Faith (CDF), which looks into sexual abuse.

By the end of 2021, that figure had risen by 14 to 234, Arguello said, explaining it only included allegations involving priests and did not include cases relating to other members of the clergy or the laity.

The CDF “only deals with cases involving diocesan priests, while cases involving other religious orders handled via a separate mechanism” under the Vatican’s Congregation for Institutes of Consecrated Life, he said.

But the 506 abuse cases that came to light over the past two years, some dating back 80 years, also included allegations against other members of the Church or Catholic religious orders, he said.

“The complaints refer to clergymen, priests, parish priests, members of religious orders, curates and other ordained officials.. as well as members of the laity assigned with duties within the Church,” Arguello said.

He did not say whether there was any crossover between the two figures.

Historically, Spain has always been a deeply-Catholic country where some 55 percent of the population identifies as Roman Catholic, and where 1.5 million children study in some 2,500 Catholic schools.

With no official statistics on child sex abuse within the Church, Spain’s El Pais newspaper began investigating allegations in 2018 and has since received details of 611 cases of abusive individuals involving 1,246 victims, some dating back to the 1930s.

At no point has the Church offered any figures about the number of victims, with its statements also referring to cases involving an abusive individual.

Arguello said the Church would help the investigative panel, saying it would “collaborate with the authorities, providing all available information about the cases under investigation”.

“I assure you we have the most at stake in knowing the truth,” he said.

“We want the truth to shine clearly so that there are no wolves who can dress in sheep’s clothing and serve as pastors.”

Last month, the Church took a first step towards addressing clerical abuse by engaging lawyers to conduct an investigation that will take cues from similar probes in France and Germany.