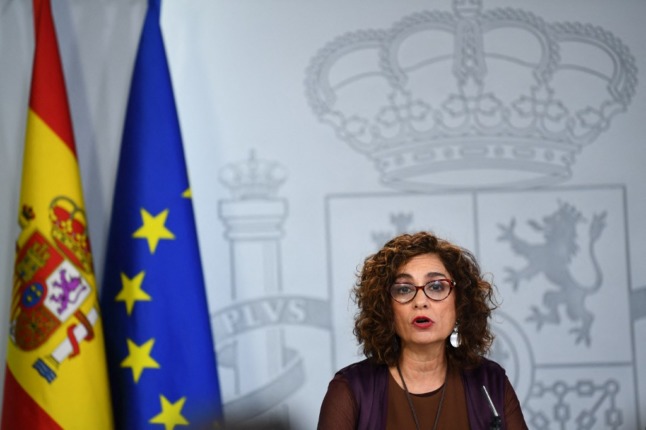 If you live in Spain and own assets abroad, you’re no doubt familiar with Modelo 720 and the risks you face for not declaring your assets overseas.

If you have bank accounts, assets/private pensions or a property abroad which are worth more than €50,000, you have to declare all this to the Spanish taxman.

READ MORE: Do I really need to declare foreign assets to the Spanish taxman?

Why is Modelo 720 so controversial?

For the past decade, Spain established that income abroad that was not declared, or which was reported after the March 31st deadline, would be treated as an unjustified capital gain and the wrongdoer would receive a penalty of up to 150 percent of the value of the amount.

These fines could exceed the real value of the assets declared after the deadline, since they were set at an amount of €1,500 for each group of goods affected, or €5,000 for undeclared or incorrectly recorded data, with a minimum of €10,000 per group.

One of the most widely reported cases was that of a Spanish national who returned home to Spain from Switzerland and who had €330,000 euros in a Swiss account. He declared after the deadline and was fined €442,000.

In the first couple of years after Spain introduced its foreign assets declaration rule, knowledge about it among the general population was limited, with only 131,000 Modelo 720 forms submitted out of an estimated 2.5 million potential declarants. Upon finding out, many foreigners who were residing in Spain chose to leave the country due to fears they would be heavily fined.

Since the Modelo 720’s implementation in 2012, Spain’s Agencia Tributaria tax agency has added at least €230 million to public coffers through these fines.

What has happened recently?

On Thursday January 27th, the Court of Justice of the European Union (CJEU) ruled that Spain has failed to comply with its obligations under the principle of free movement of capital.

The Luxembourg-based court found that the obligation to present the ‘Modelo 720’ and the penalties derived from non-compliance, late entry or mistakes – with no equivalence for those with assets situated in Spain –  establish a difference in treatment among residents in Spain based on the location of their assets.

“This obligation may dissuade residents of that Member State (Spain) from investing in other Member States, prevent them from doing so or limit their possibilities of doing so,” judges concluded, adding that the system put in place by Spain’s Tax Agency meant they had more information on foreign assets than those in Spain itself.

CJEU judges also spoke out against the 150 percent fines as being “extremely repressive” and again “impairing” the free movement of capital.

The ruling was a victory for two Spanish tax lawyers who raised the alarm in the European courts back in 2013; one of them being Mallorca-based Alejandro del Campo, who The Local has interviewed on several occasions regarding Spain’s most disproportionate tax laws.

Has Spain actually changed anything?

Yes, although the Modelo 720 is still in force in Spain. On February 24th the Spanish Parliament voted unanimously in favour of scrapping the imprescriptibility of Modelo 720 fines, which allowed Spain to fine wrongdoers in perpetuity.

Now any misconduct will only be punishable for four years as is the case with other fiscal crimes.

Therefore, Tax Minister María Jesús Montero has stuck to her word after announcing last month that her government “respected” the European court ruling and would modify the rules relating to the Modelo 720 “as soon as possible” before the next March 31st deadline.

It remains unclear if the changes include a grace period for delayed and erroneous declarations as promised.

Montero and her ruling Socialists have been quick to distance themselves from the controversial Modelo 720 law, referring to the fines introduced by former Tax Minister Cristobal Montoro of the opposition Popular Party as “extortionate”.

Declaring foreign assets through the Modelo 720 is “still in force”, Montero did stress, so the Spanish government doesn’t seem quite that willing yet to ditch a rule that only applies to those with assets abroad but not for those with assets in Spain, as denounced by the European Court of Justice.

Crucially however, those who have been fined for breaching Spain’s foreign asset declaration laws can be reimbursed.

The MO varies depending on whether the plaintiff has already appealed or not before the deadline.

According to Alejandro del Campo, who is being championed in the Spanish press as the ‘Don Quijote’ who took on Hacienda and won, “all the people who are fighting in court and who have continued to fight will now see the battle turn in their favour.

“There are many procedures underway that will be resolved in favour of the taxpayers.

“My advice is that whoever is within the deadline, claims back the fine and whoever is outside the deadline should also do so because Spain can no longer massacre you and ask you for more than what you have.”

Is it the first time Spain gets called out on this?

No. Spain’s asset declaration penalty system was first implemented in 2012 by then Tax Minister Cristóbal Montoro under the right-wing PP government of former Prime Minister Mariano Rajoy, and the legislation has been causing legal problems for Spain’s Tax Agency ever since.

In February 2017, the European Commission already issued a complaint against Spain arguing that the fines were in conflict with EU rules and breached four community freedoms of the European Economic Area: free movement of people and workers, freedom of establishment, free presentation of services and the free movement of capital.

Despite the EC’s damning report, in which it called for the “discriminatory” system to be overhauled within two months, nothing changed and Brussels ended up taking the matter to the Court of Justice of the European Union.

A number of Spanish judges have lifted fines for these taxpayers but ongoing sanctions meant the matter was again debated in the EU’s Court of Justice in July 2021 and in January 2022.