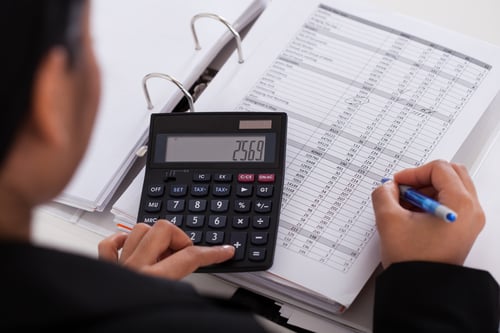 You may think it is none of the Spanish taxpayers business what assets you hold abroad, but the 720 asset declaration form was introduced in 2012 as a way to combat money laundering and fiscal fraud.

It applies equally to Spanish citizens and foreigners legally resident in Spain and is for information purposes only. In other words, you won’t be expected to pay tax on assets held abroad but can be fined if you don’t declare them. The form must be filed online between January 1st and March 31st relating to the assets held abroad in the last calendar year.

Once filed you do not need to repeat annually unless your circumstances change.

If  you fall into one of the following three groups you will need to file a 720:

If the assets are held in joint names, then each individual needs to submit a report and declare the total value and their share.

You are NOT required to complete the modelo 720 every year but you will need to complete it again if your assets have changed during the course of the last calendar year. Remember to factor in the exchange rate as it was on December 31st.

The value of your assets will fluctuate according to the exchange rate, so you may find yourself tipping over the required €50K threshold because of a favourable exchange rate.

So, if you are on the way to approaching the threshold, remember to check what your assets are worth in Euros.

Previously, income abroad that was not declared, or which was reported after the March 31st deadline, would be treated as an unjustified capital gain and the wrongdoer would receive a penalty of up to 150 percent of the value of the amount.

These fines could exceed the real value of the assets declared after the deadline, since they were set at an amount of €1,500 for each group of goods affected, or €5,000 for undeclared or incorrectly recorded data, with a minimum of €10,000 per group.

The fine for non-completion will also be in line with other tax fines and the duty to declare assets will expire after four tax years.

Crucially, those who have been fined for breaching Spain’s foreign asset declaration laws can be reimbursed. The MO varies, depending on whether the plaintiff has already appealed or not before the deadline.

It remains unclear if the changes include a grace period for delayed and erroneous declarations as promised.

Penalties for not filling the Modelo 720 correctly or making a mistake on it have now been reduced to a fine of €100 for each data set, with a maximum of €1,500 if the declaration is filed late, without prior request.

Fines for not declaring – a maximum of 50 percent of the value of your assets.

I haven’t filed but should have, so what do I do? If you are newly arrived in Spain – within the last year – and are filing your taxes for the first time then the 720 declaration should be straightforward. It may depend on what date you moved to Spain, however you should always be declaring the assets held on December 31st of the previous year.

Same if you have only just crossed over into the €50,000 threshold.

But if you have been living here for longer than a year and realise that you should have filed a modelo 720 but didn’t, the legal advice is don’t put it off again.

Whilst fines have been reduced, if you’re ‘discovered’ for not declaring your assets they’re still steep, so for peace of mind if nothing else, it’s best to come clean.

Speak to a tax specialist if you have any doubts about what to do.

All information about the “modelo 720” including the online form can be found (in Spanish) at the Tax Office website HERE.