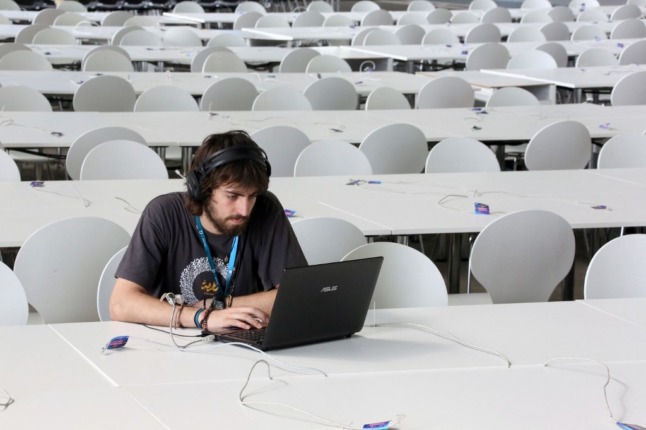 Spain's freelancers could pay triple the amount of those in the UK. Photo: STEPHANIE PILICK/DPA/AFP

If approved, the proposed changes will benefit low earners but are bad news for mid to high-income earners, many of who will see their social security contributions rise to double or more, over the next nine years until 2031.

Self-employed people in Spain already pay the highest monthly social security fees in the EU and for many years have been claiming the system is unfair.

If the new proposed changes come into force, it could see many Spanish freelancers paying even more.

The current social security fee for autónomos (self-employed workers in Spanish) in 2022 is €294 a month, regardless of how much you earn.

For this, autónomos do get access to the national health services, sick leave, parental leave, among other welfare benefits.

Self-employed workers also have to pay VAT (IVA) plus income tax of 21 percent on earnings.

How does Spain’s system compare to other European countries?

In France, freelancers do not pay anything the first year and from the second, the fees vary depending on how much you earn and the sector you work in. These are between 12 percent and 18.3 percent of your income. Freelancers in France also do not pay VAT, and while they have to pay private health insurance, the government will pay them back 60 percent and, in some cases, 100 percent.

In Germany, a self-employed worker with a monthly income of less than €1,700 pays nothing. Anyone earning over this amount pays a fee of €170. They do however have to take out private health insurance, which costs between €150 and €250 per month, although it may be higher.

And in other countries like Italy, there is no fixed monthly fee. Self-employed workers only pay income tax based on their income; while in Portugal it is paid on annual income, which can range from the contribution rate of 25.4 percent to 32 percent.

Despite having the most expensive social security payments in Europe, it should be noted that Spanish freelancers do get more for what they pay. For example, autónomos also get benefits such as sick pay and maternity and paternity pay, unlike in countries such as the UK.

“In this country, you pay a lot, but you receive a lot: the benefits that a self-employed person receives today are those that an employee can receive, Oscar Benito,manager of the labour affairs at legal firm Key Iberboard told Business Insider.

“Unemployment, paternity and maternity leave or cessation of activity have been incorporated in recent years”.

How much would Spain’s self-employed pay under the new proposal?

Social Security Minister José Luis Escrivá has suggested a system consisting of 13 different tax contribution brackets based on earnings, from those who earn less than €600 a month to those who make more than €4,050 a month.

The new model would introduce a minimum monthly contribution of €184 for low-earning autónomos and up to €1,267 for the top earners.

According to the Spanish government, the proposed changes would mean increased savings for two out of every three self-employed people in Spain.

The Social Security Ministry forecasts that the new system would generate savings of €1,300 per year for autónomos earning less than €600 a month.

However, anyone earning €1,125 or over per month would end up paying more in social security payments, starting at €351.90 per month.

A self-employed person earning €2,000 per month in Spain, however would end up paying €535.50 per month from 2026 onwards, which would see them paying €6,426 a year on social security payments alone. The new proposed tax reforms are still undergoing negotiations as many are against the new proposal, including, the President of the Asociación de Autónomos (ATA) Lorenzo Amor.

“This system presented in this way impoverishes the self-employed, promotes the underground economy and discourages activity from certain billing sections,” he said.

“We left an unfair system to enter a much more unfair one,” Amor added.

On Monday, the government held their third meeting after the new proposal presented by José Luís Escrivá’s team, with few results. Associations of self-employed workers still demand that the government be more precise when defining what exactly they mean by “real income”, which the calculations will be based on. 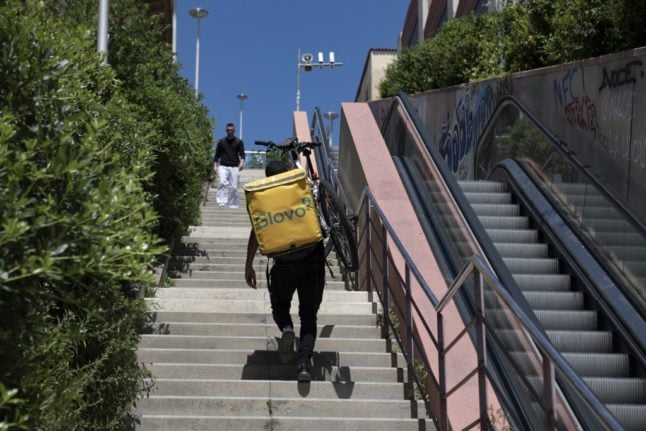