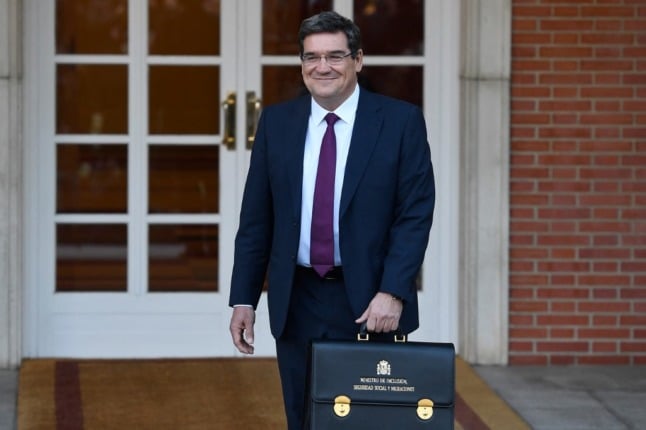 The self-employed in Spain – known as autónomos – have long felt they are burdened with unfair tax and social security contributions.

Throughout the last year the government has met with unions to try and level the playing field for low earners and increase flexibility in the system.

READ MORE: Self-employed in Spain – the key changes to expect in 2022

Major self-employed unions met again in January 2022 with Spain’s Ministry of Inclusion, Social Security and Migration to resume talks over changes to the system for the self-employed, and this most recent round of talks may present a step in the right direction for many.

The Spanish government on Thursday revealed these plans for reforms to self-employed tax contributions based on income.

What are the proposed changes?

Social Security Minister José Luis Escrivá has suggested a system consisting of 13 different tax contribution brackets based on earnings, from those who earn less than €600 a month to those who make more than €4,050 a month.

The new model would introduce a minimum monthly contribution of €184 for low-earning autónomos and up to €1,267 for the top earners.

This would be done gradually over a period of eight years, so from 2023 to 2031 minimum earners would see their monthly tax contributions drop year after year, whereas high earners would seem them rise year on year. The proposed changes also include a reduced flat rate of €70 for the first two years, and have been welcomed by many as the self-employed try to navigate the post-pandemic economy.

Half of Spain’s three million autónomos believe that they won’t recover to pre-pandemic financial levels until at least 2023, according to a poll from Spain’s National Federation of Self-Employed Workers’ Associations (ATA).

Who would these changes benefit?

According to government claims, the proposed changes would mean increased savings for two out of every three self-employed in Spain.

The plan, still in the negotiation phase and dependent on self-employed unions, would be applied over nine years starting from 2023, with measures to review the situation and contributions every three years.

According to forecasts from the Ministry, the new system would generate savings of €1,300 per year for autónomos earning less than €600 a month; while for those who earn between €600 and €900 – a large proportion of Spain’s three million self-employed – the savings made under the new system could also be over €1,000.

However, for the higher earners being taxed on real earnings could result in considerably higher taxes over the next decade.

The contributions systems for autónomos in Spain has long been decried as unfair as it forced low earning self-employed workers to make contributions similar to higher earners with multiple income streams.

The reduced flat rate, and the improved flexibility of Escrivá’s new proposals, in particular, are aimed to level the playing field: the new system would allow each worker to increase or decrease their contributions throughout the year – up to six times – based on the ebb and flow of their income, something often unpredictable for the self-employed.

Does everbody agree with the proposals?

Although seen to be a step in the right direction, the proposals haven’t escaped criticism from some autónomo groups in Spain, however. Self-employed groups broadly welcome the return to dialogue and some view the proposal positively, but flaws have been noted in the proposed system.

One criticism levelled at the Ministry’s proposals has been the speed with which the changes would be phased in. The Union of Associations of Self-Employed Workers and Entrepreneurs (UATAE) has stated that the self-employed “cannot wait nine years for the situation of the current regime to be modified until they are able to pay a fair quota.”

President of the  Union of Professionals and Self-Employed Workers (UPTA), Eduardo Abad, has suggested that negotiations so far are encouraging: “The objective for our organization, without a doubt, has been achieved, which is for this new system to return tax justice to a system such as the Social Security contribution.”

However, President of the National Federation of Associations of Self-Employed Workers (ATA), Lorenzo Amor, panned the government proposals and suggested that “they have no idea what it means to be self-employed.”

The latest round of negotiations between self-employed groups and government is set to continue from Monday.