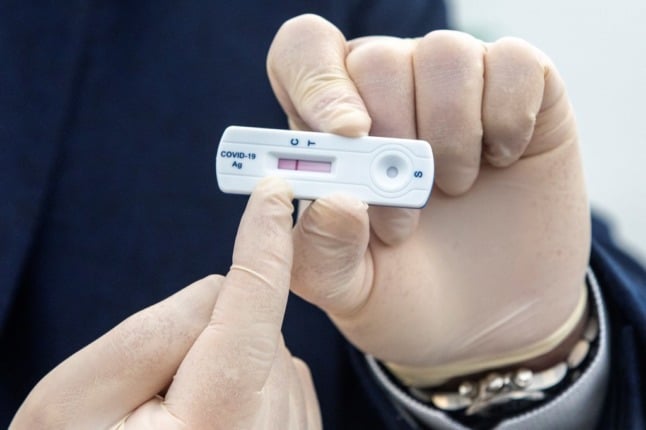 Do I need an antigen to travel to Spain?

If you’re coming from one of the EU countries or territories Spain lists as risk areas, a negative antigen test is one of the diagnostic tests that Spain accepts for entry, the other one being a PCR test.

Alternatively, if you’ve been fully vaccinated 14 days before travel or have recovered from Covid-19 in the last 6 months and can provide a certificate to prove this in either case, you don’t need to get a test.

On June 21st, Spain lifted the testing requirement for travellers from most of Germany, Italy, Norway, Austria, Poland, Finland and a number of other countries/areas (full list here).

Travellers from outside of the EU/EEA can only fly to Spain for non-essential reasons if they’ve been fully vaccinated 14 days prior to travel,or if they’re flying from one of the countries on Spain’s low risk third countries list:  Australia, Israel, New Zealand, Rwanda, Singapore, South Korea, Thailand, Hong Kong, Macao, China and Japan.

All international travellers flying to Spain, whether they’re from the EU or outside or are on the risk list or not, must make sure they fill in a health control form on the Spain Travel Health website or app before travelling to Spain.

Travellers should also remember to check the entry requirements of their countries for travel from Spain.

Should I get an antigen test rather than a PCR test?

Antigen tests are faster and cheaper than PCR tests in Spain and generally speaking across the EU.

In France, antigen tests cost around €38 whereas PCR tests cost €54, but in other EU countries the difference in price is usually much greater.

The antigen tests accepted by Spain are the ones authorised by the European Commission, which can be checked on this link.

According to the OECD, “the main advantages of rapid antigen tests over RT-PCR include their simplicity of utilisation” as the swab doesn’t have to get taken to a lab to get a result, “they’re much cheaper”, and “the rapidity of the result: most produce a result in 15 to 30 minutes, while RT-PCR requires several hours to be performed”. They are however considered slightly less effective in detecting Covid-19 than PCR tests. Where can I get an antigen test for travel to Spain?

If you’re not familiar with hospitals or labs offering antigen tests in your country, this list includes some international airports and approved labs across the world where you can get one.

This other page shows the difference in antigen test prices at different airports around the globe.

Do I need an antigen test for travel within Spain?

Not unless you’re travelling from mainland Spain to the Canary Islands or to the Balearic Islands (high and low risk regions updated weekly here).

If you’re travelling between regions on mainland Spain you are not required to take any form of Covid test, whether you’re driving or flying.

How much do antigen tests cost in Spain?

The prices vary considerably depending on the clinic or lab offering the antigen test and the region in which you are, from €75 in the more expensive private health centres in Madrid to €35 in Andalusia and the Canary Islands.

Try googling “precio prueba de antígenos” (price antigen test) and then the place where you are in Spain to shop around for the best price.

Where can I get an antigen test in Spain?

At most of Spain’s main airports, at labs, private health clinics and in some places such as Madrid in pharmacies and even dental clinics.

It really depends on where you are, so remember to google the words above in either English or Spanish as the availability varies depending on your location.

“These tests must have been carried out (taking of the sample) 48 hours before arrival in Spain,” according to the Spain Travel Health website.

Do I need an antigen test to cross the border from Spain into Portugal or France?

If you’re driving from Spain to Portugal, you do not need to show a negative Covid test and the borders between the Iberian nations are currently open.

However, if you’re flying to Portugal from Spain you will need to either get an antigen test 48 hours before boarding or a PCR 72 hours prior. For more official information on travel between Spain and Portugal, check here.

To travel to France from Spain by air, land or sea an antigen or PCR test is required in most cases, unless you’ve been fully vaccinated 14 days before travel. More info from Spanish authorities here and from the French government here.

Can I use an antigen test for travel from Spain to the EU?

Most EU countries require some form of testing -usually either PCR or antigen tests – for arrivals from Spain.

This list created by the Etias Visa page explains in more detail the specific requirements for each member state, but it’s worth double checking with the authorities of the country you plan to visit as the conditions are subject to short-notice changes in the current global climate.

The launch of the EU-wide Digital Covid Certificate on July 1st should increase the chances of antigen tests being more widely accepted but each member state will still have the power to decide whether it accepts rapid antigen tests or just PCR tests.