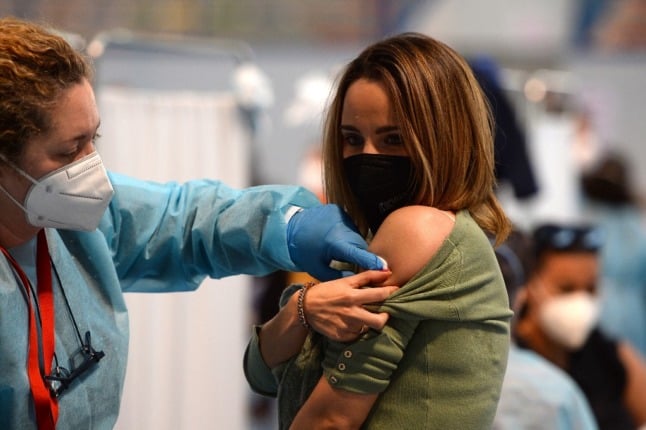 The variant, first identified in India, is more transmissible than others and it has led to a spike in cases across the United Kingdom recently.

In Catalonia, 20 percent of new cases correspond to the Delta variant, the region’s health official Josep Maria Argimon told reporters at a press conference on Thursday, adding that it would be “predominant” in two to four weeks.

Álex Arenas, an academic at Catalonia’s Universitat Rovira i Virgili who models the progress of the disease, told El País. “In Spain, the data aren’t as clear but with this growth in Catalonia, we can infer that by the middle of July [the delta variant] will be predominant.”

According to the latest update from the Health Ministry published on June 14th, the variant accounted for less than 1 percent of cases.

It is not yet classified as a “variant of concern” in Spain but it is spreading in Madrid, Catalonia, Castilla y León and the Valencian region.

Earlier this week, Antonio Zapatero, public health official for the Madrid region, said authorities have identified “community transmission” in Madrid, where the person infected has not been overseas recently or been in contact with confirmed cases, making it near impossible to trace the sources of infection.

As a result, Madrid has brought forward the second dose of AstraZeneca vaccines of 60-69 year-olds as a result.

According to the latest data, over 35 million doses of coronavirus vaccines have been administered across Spain, with more than 47 percent of the population having at least one dose.

Prime Minister Pedro Sánchez, who received his first dose of the vaccine on Friday, said on Saturday that ESO and Bachillerato students, the equivalent of GCSE and A-level, could be vaccinated two weeks before the next academic year begins, reported health publication Redacción Médica.

The vaccination programme is considered key to tackling the variant first detected in India, which has since become dominant in the UK, where it accounts for over 90 percent of UK Covid-19 cases.

According to the UK government, the variant is thought to be 40 percent more transmissible than the Alpha variant, which was first identified in Kent.

Spain decided on April 27th to make all travellers arriving from India undergo a 10-day quarantine to prevent the potential spread of the B.1.617.2 variant within the Spanish territory.

Spain also decided to impose restrictions on travellers from India later than its European counterparts of Germany, France, the United Kingdom, Switzerland, the Czech Republic, Italy and the Netherlands.