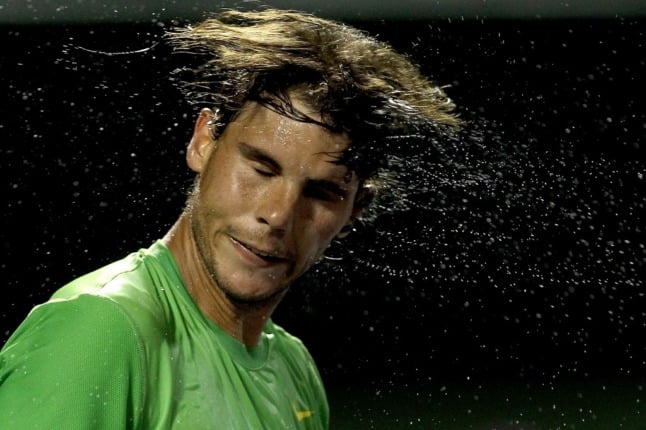 ¡Qué calor hace! – It’s really hot! The most straightforward and generic way of making it known that you are indeed very hot.

¡Cómo ataca Lorenzo! – What an attack by Lorenzo! In Spain the sun is traditionally referred to as Lorenzo and the moon as Catalina. So if Lorenzo is ‘attacking’ you, it’s the sun’s rays that you find particularly punishing.

¡Hace un calor de perros! What a dog day afternoon! It’s interesting that English has a similar expression to speak about hot summer afternoons and the feelings of lethargy it provokes, although in Spanish it can be used at all times of the day.  You can also say hace un frío de perros (it’s bitter cold). ¡Cómo pega! – It really hits you! Here’s a way of saying that it’s scorching hot and that you find the sun’s rays so intense, it’s as if they were giving you a beating.

¡Qué horno! – It’s like an oven out there! There are many places in Spain’s interior where it will feel like you’re being baked alive during the suffocating summer months. No wonder Spaniards usually head en masse to the coast to cool down in the sea.

¡Me aso! – I’m roasting! Here’s another way of describing how it feels like you’re being cooked alive.

¡Me achicharro! – I’m being burnt to a crisp! And here’s an expression to say that you’re now overcooked.

¡Hace un calor de la ostia/de cojones/del carajo! It’s sacramental bread hot, balls’ hot or f*cking hot! Because profanity is part and parcel of most daily speech in Spain and cojones and ostias are a great way of spicing up your language, we thought we’d throw in these extra ones for when you want to give the heat a piece of your mind.

Estoy sudando como un pollo/un cerdo OR estoy sudando tinta – I’m sweating like a chicken/pig OR I’m sweating ink. Here are three fantastic Spanish expressions to let people know that your armpits currently have the sprinklers on due to the insane heat. ¡Hace un sol de justicia!: It’s punishingly sunny! This is of course a literal translation (and a loose one at that), but this expression is used to denote that the sun’s intensity is capable of justiciar, which in Spanish can mean to punish, bringing to justice or put to death.

¡Hace tanto calor que hasta las ranas van con cantimplora! It’s so hot that even the frogs carry water bottles! If you use this brilliant metaphor with a native Spanish speaker, they’re likely to be very impressed. They may just not show it if they’re in the process of melting to the pavement due to the heat. ¡Menudo bochorno! It’s stifling! Use this expression to describe hot and humid weather that’s so muggy you’ve practically been glued to your sofa.

Hace un calor que se puede freír un huevo en la calle – It’s so hot you can fry an egg in the street! This has been literally tried and tested in cities such as Seville and Madrid, where the mercury hitting 40 C during the summer is a given year in year out. 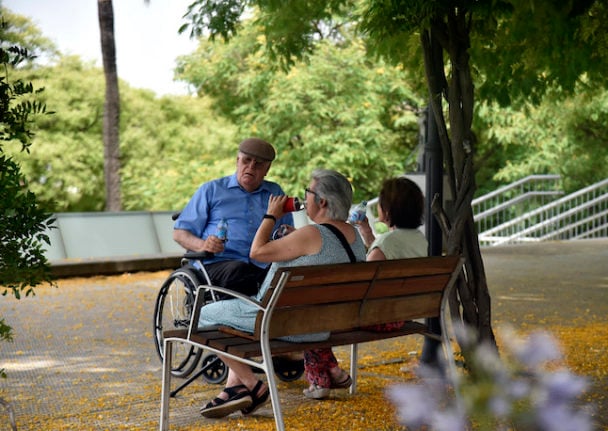