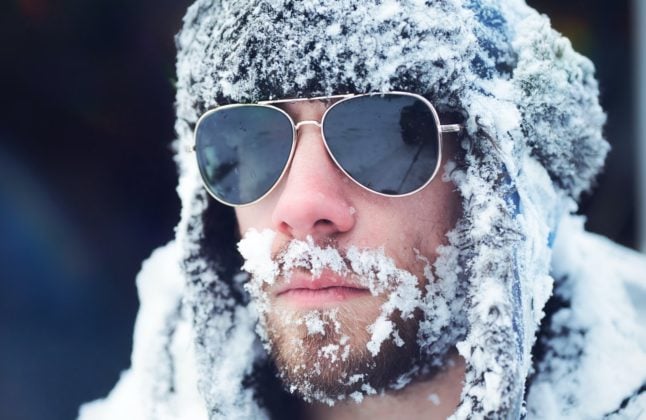 January 2021 is turning out to be one of the coldest months in living memory for much of Spain, with the lowest ever temperature recorded in the Catalan Pyrenees (-34.1°C) and almost half a metre of snow covering much of the country.

After Storm Filomena, a cold snap is now set to send temperatures down even further for the coming days.

Logically, all Spaniards are talking about now is how cold it is, so if you’re a Spanish language learner who wants to impress with your command of cold-themed castellano, we’ve got you covered.

It’s the most common colloquial way of saying that it’s very cold in Spanish.

In the most literal sense, it means ‘it’s so cold that it peels’, an expression which most sources say dates back to 1950 when an expedition climbing the Annapurna massif in the Himalayas noticed that the extremely cold temperatures were making it very easy to peel the almonds they’d brought as provisions.

Here are just a few slightly coarser alternatives to un frío que pela, all of which roughly translate to ‘damn cold’ in US English or ‘bloody cold’ in UK’ English.

But don’t worry, as with most Spanish swearwords, you’ll be able to use them in most social contexts without anyone batting an eyelid. 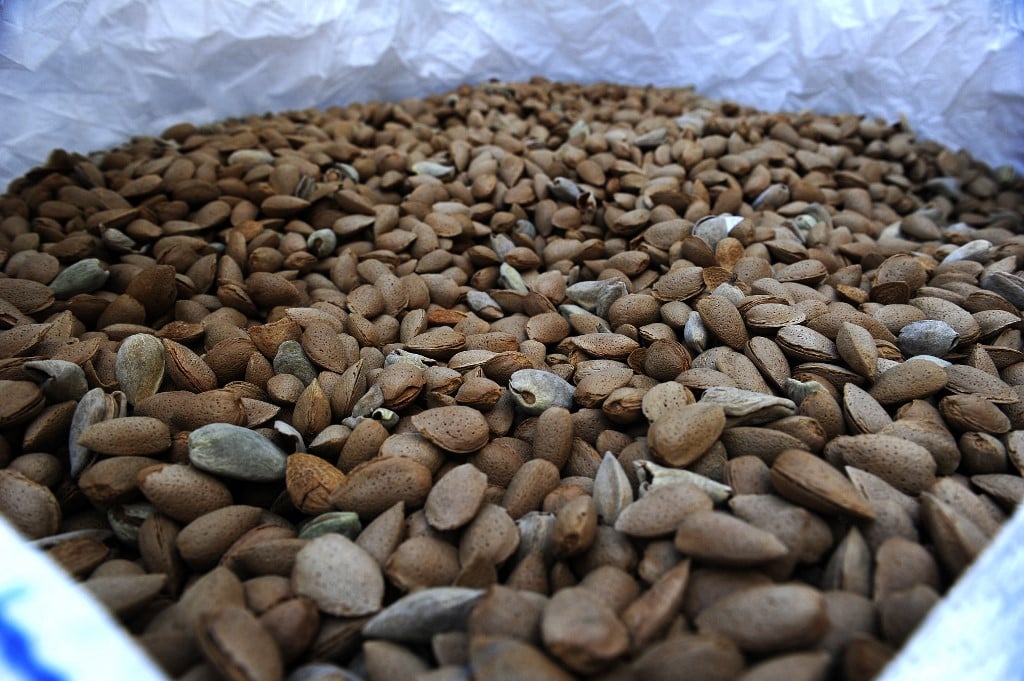 For those of you wondering what rascar (to scratch in Spanish) has to do with the cold, it’s actually an official noun to refer to frost or cold weather.

So saying ¡Que rasca! or hace rasca won’t be met by any bemused stares, it’s just another way to say that it’s very cold.

Here’s one for our readers in Andalusia, a regional expression which means ‘it’s so cold you can peel radishes’, which again means ‘it’s very cold’.

Spaniards certainly seem to notice their food peeling when the temperature drops. 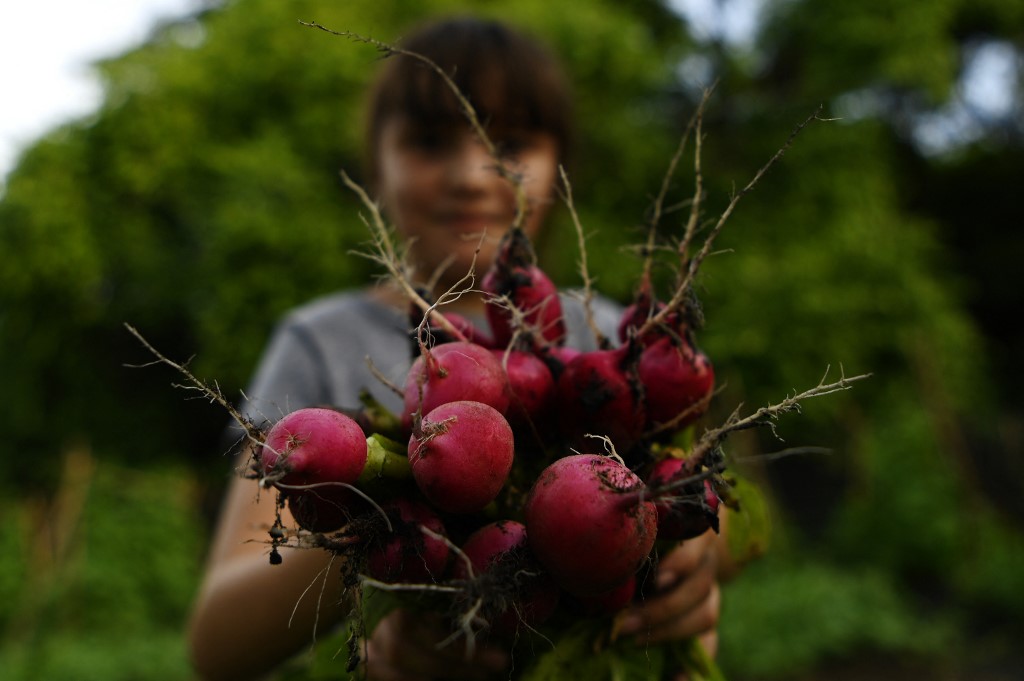 These are two straightforward ways of saying that you in particular are so cold that you’re frozen. Remember -o at the end of the adjective if you’re a man, and -a if you’re a woman.

Here’s a Spanish weather proverb for our readers living in Spain’s interior, which translates as ‘nine months of winter, 3 months of hell’.

Technically it refers to the harsh differences in climate in Spain’s Castille regions, but if your part of Spain has bitter cold winters and scorching hot summers, this saying is definitely suited to you. 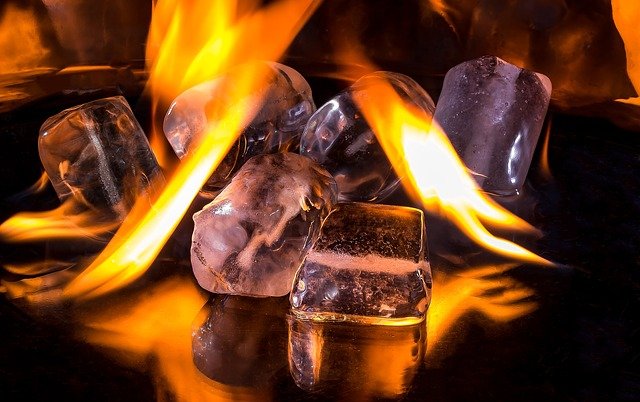 This is perhaps the weirdest expression on our bad weather list. It literally means ‘the octopus’s one is falling’ but it’s used to say that it’s raining cats and dogs.

The origin of this Spanish saying is just as bizarre as it refers to the act of bashing the octopus to soften its skin before cooking it.

You can also say va a caer la del pulpo if you’re predicting that it’s going to rain very heavily, although there’s nothing to suggest that it can’t be used as well if there’s a snow blizzard. 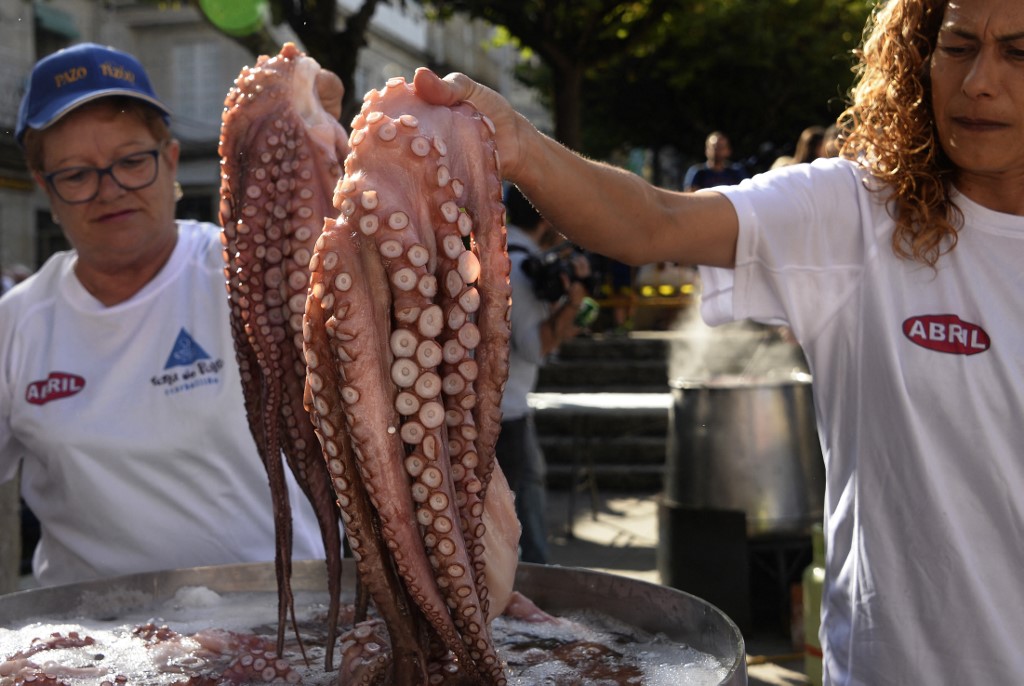 This expression is an equally common way to say that it’s raining very heavily.

A cántaro is a jug or pitcher in Spanish, a bit like saying it’s bucketing down in English.

It’s also possible to say llueve a mares, with mares meaning seas, another way of saying that a lot of water is coming down from the sky.

Here’s a Spanish proverb you can use to talk about all the snow that’s fallen recently. It means that a year that starts off with snow will be one with plenty of goods.

As with previous Spanish sayings about the cold, it has its origins in food and agriculture, as in medieval Spain a year with plenty of snow would keep the ground wet and allow crops to grow.

Nowadays it’s come to mean that a year with a lot of snow will be a lucky one.

Here’s a great Spanish proverb to end this list with. It could be translated as meaning ‘when faced with bad weather, put on a brave face’.

Easy for Spaniards to say with their 300 days of sunshine every year 🙂 .

And the place where they’re most likely to enjoy all these placeres del verano (summer pleasures) is at a chiringuito.

They’re usually small establishments that serve drinks and food to beachgoers during the sweltering summer months, meaning that many don’t open for the rest of the year.

You’ll get the more rough and ready ones, wooden huts with dried out palm leaves providing shade as the radio blasts los éxitos del verano (the summer hits), to the more refined chiringuitos that are essentially like upmarket beachside gastrobars serving up plates of sardines as if they were haute cuisine.

The word chiringuito (pronounced chee-reeng-gee-toh, the u in silent) was brought to Spain by los Indianos, the name given to Spaniards who emigrated to South and Central America in the 19th and 20th centuries and then returned to Spain, often with a lot more money under their belt.

They would order a chiringuito when they wanted un café, a word used by Cubans who worked on sugar plantations to refer to how the coffee they made would filter through a stocking squirted out like a stream (chorro or chiringo).

The first beach kiosk to be dubbed a chiringuito was in 1949 in the coastal Catalan town of Sitges, where many wealthy Indianos settled.

Then came the hippie movement in the sixties, the explosion of tourism in Spain and the hoards of beachgoers needing refreshing drinks to get some respite from the sun.

In 1983, chiringuito made it into the Spanish dictionary and in 1988 French pop singer Georgie Dann hit the charts with El Chiringuito.

But chiringuito has another meaning in Spain which pays heed to the informal nature of these establishments.

Nowadays, chiringuito is often used to refer to a shady business, a government department born from cronyism, a bunch of cowboys basically. 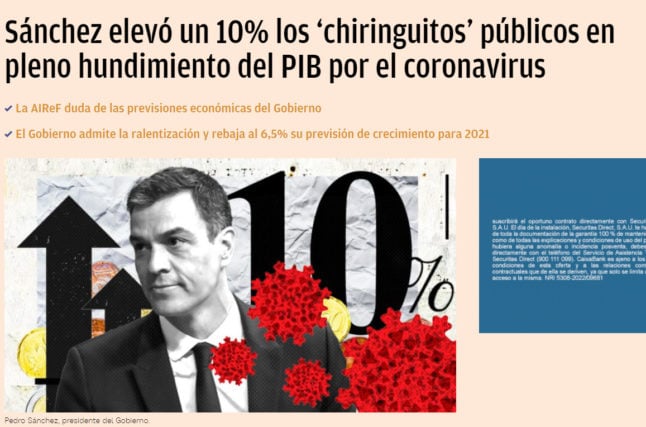 We certainly know what kind of chiringuito we prefer.

There’s also the expression “cerrar el chiringuito”, which means to finish a duty and leave.

Let’s go and have some beers and some fish at the beach bar.

If you want to keep your investments safe you have to get away as far as you can from shady companies.