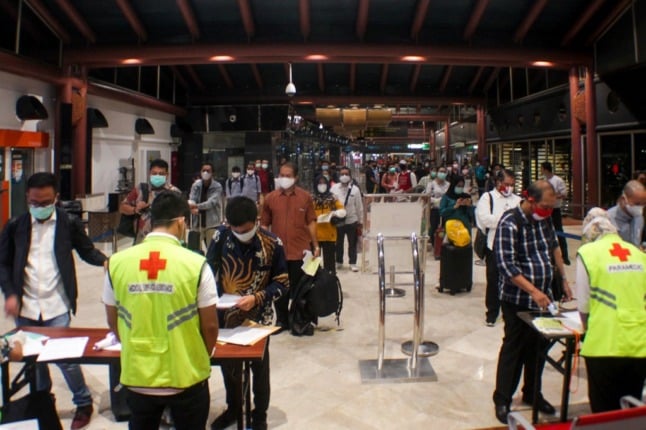 Will Russia's Sputnik vaccination be accepted for entry into Spain from outside the EU? Photo: FAJRIN RAHARJO / AFP

The Spanish government on Saturday June 5th published a state bulletin confirming that it would modify the entry rules for vaccinated non-EU/Schengen citizens from June 7th.

The state bulletin explained that June 7th was indeed the start date for vaccinated travellers from outside of the EU/Schengen zone to travel to Spain, as long as they have completed their Covid-19 vaccine treatment (ie had their final dose) 14 days before travel here and can provide proof that they have been vaccinated.

EU/EEA travellers who have been fully vaccinated 14 days before travel can also use their vaccine certificates to visit Spain without having to take a PCR or antigen test, a verification process which has been made easier by the EU’s Digital Covid Certificate.

Which vaccines does Spain accept for entry?

According to a state bulletin published on Saturday June 5th, Spain will accept vaccines that have been “authorised by the European Medicines Agency or those that have completed the process of emergency use by the World Health Organisation”.

According to the World Health Organisation website, the vaccines listed for emergency use are currently the Chinese-developed Sinopharm and Sinovac inoculations and the more recently added Covishield.

Covishield is the version of the AstraZeneca vaccine produced under licence by the Serum Institute in India. It is made to the same specifications as Vaxzevria, the version produced in Europe, but is not currently approved by the European Medicines Agency.

The inclusion of these three vaccines opens up travel to Spain for vaccinated people in Latin America, Asia, Africa and the Middle East, where Sinopharm, Sinovac and Covishield have been more widely used.

The notable absence from the list continues to be that of Russia-developed Sputnik V vaccine, which has so far received emergency use approval in countries such as Turkey and India but not by an international health body.

According to the Moscow Times, the WHO and the EMA were both finishing their reviews of the vaccine for approval in late May but Reuters has suggested a decision could still be two months away.

As things stand, a total of seven vaccines will allow international travellers from outside the EU and Schengen Area to visit Spain from June 7th: Pfizer, Moderna, AstraZeneca, Johnson & Johnson, Sinopharm, Sinovac and Covishield.

What proof should I show that I’ve been vaccinated?

According to the Spanish government’s bulletin, it should be a vaccination certificate “issued by the competent authorities” of the country where you’ve been vaccinated.

It has to have been issued at least 14 days before your date of travel.

You have to have received the full vaccine treatment, which with the exception of the single-dose Johnson & Johnson vaccine, means having had two doses of your vaccine.

The vaccination certificate has to include the following information:

The certificate has to be in either Spanish, English, French or German or if not it should be accompanied by an official translation into Spanish by an official body.

Spain is set to launch it’s ‘Covid passport’ on June 7th, but it is unclear yet whether this will be available to travellers from outside of the EU/Schengen Area.

What Spain’s latest state bulletin does state is that vaccinated travellers from third countries should “provide information and documentation of their epidemiological situation”, in this case a vaccination certificate.

It can be presented either in its original paper or digital version.

You will also have to fill in a health control form before travelling to Spain which you can find here, along with lots more official government information on travel to Spain.

TRAVEL
Ten of the most amazing bike routes in Spain
Url copied to clipboard!