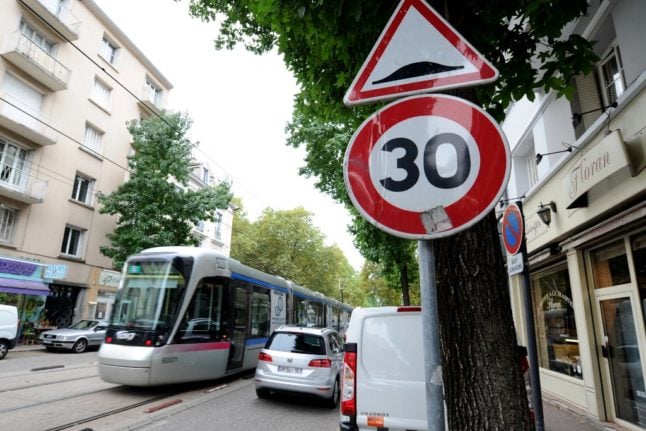 Spain’s new speed limits have been in the pipeline for over a year, they were approved by the Spanish Cabinet last November and now, within a matter of weeks, they will come into force across the entire territory.

What are the new speed limits?

From May 11th 2021, roads in Spain with one lane in each direction will go from having a general speed limit of 50km/hour to a maximum of 30km/h. Single lane roads with one-way traffic where the pavement is raised above the road will also have a new speed limit of 30km/h.

On single one-way lanes and double lane roads with two-way traffic where the pavement and the road are at the same level, the speed limit will be reduced even further, down to 20km/h.

Roads with two lanes or more of traffic in each direction (minimum four total) will keep the speed limit of 50km/h (except for vehicles carrying dangerous goods, for which the limit is 40km/h).

As a relevant sidenote, vehicles will also no longer be able to surpass the speed limit at all when overtaking on secondary roads in Spain, whereas before it was allowed by up to 20km/h when overtaking.

What roads will the new speed limits apply to?

It will apply tovías urbanas, which can be translated as urban roads in English, but really the terminology refers to “any roads that make up the internal communications network of a settlement, as long as they are not through roads (travesías) or are part of an arterial network”, according to Spain’s Directorate General of Traffic (DGT).

In essence, regardless of whether it’s a road inside a village in the countryside or a road inside a big city where the limit is currently 50km/h, the new speed limits apply.

The vast majority of the approximately 165,600 kilometres of tarmac that form part of Spain’s road network are vías urbanas, whereas travesías such as motorways and dual carriageways make up roughly only 17,228km.

So undoubtedly this is a decision which will have a considerable impact on daily driving for most conductores (drivers) in the country.

What are the penalties and fines for going over the new speed limits?

Failure by drivers to comply with the new speed limits on Spain’s urban roads will be considered a serious or very serious road offence by traffic authorities.

Fines will range from €100 to €600 and the loss of up to six points of the driver’s license, depending on how fast they were going.

So for example, on a two-lane road with traffic in both directions where the maximum speed will be 30 km/h, the penalty for driving between 31 and 50 km/h will be €100. If the driver exceeds the 50 km/h mark but doesn’t reach 60km/h, it will result in a €300 fine and the loss of two points off the driver’s licence.

Very serious speeding offenses are those that exceed the speed limit by more than 50 km/h, resulting in a €600 penalty and the loss of six points.

Exceeding the speed limit in urban areas by 60 km/h is a crime against road safety included in article 379 of Spain’s Penal Code and punishable “with a prison sentence of three to six months, or community service for 30 to 90 days, and in all cases a ban from driving vehicles and mopeds for one to four years”.

Why is Spain lowering the speed limit on these roads?

Dropping the speed limit from 50km/ down to 30km/ reduces the chances of dying after being run over from 90 percent down to 10 percent, road accident studies have proven.

That’s the chief reason why the DGT has been pushing for the new limit to be introduced.

“The real news is why have we taken so long to do this,” DGT head Pere Navarro told journalists recently, stressing that the goal is to reduce road deaths and serious injuries caused by traffic accidents by 50 percent with the new limits.

In fact, many provincial capitals across Spain have already rolled out their own legislation limiting the speed on urban roads to 30km/h rather than 50km/h given the long wait for this amendment of Spain’s Traffic Code by the national government.

The DGT deputy head has stated that “something must be done” to address the 69 percent accident rise caused by delivery vehicles in Spanish cities in recent years, with Covid lockdowns and restrictions only serving to increase the proliferation of these commercial activities. But the spike in accidents isn’t just caused by delivery vans.

“Moving around when there are scooters, bicycles, motorcycles and e-scooters – which are now all used as delivery vehicles – is not easy,” DGT deputy director Susana Gómez said in 2020.

“Addressing the issue of ‘last-mile logistics in Spanish cities is of the utmost interest to the DGT, as is finding a way of putting pedestrians first.”

As seen in the video above tweeted by the DGT, this priority for pedestrians is central to the new speed limits, as a reduction of traffic and the dangers that vehicles pose could mean more central roads in Spanish cities are pedestrianised.