The warning triangles drivers in Spain have to carry in their cars in case of a breakdown are being replaced with these emergency lights from July 2021.

2021 has brought with it plenty of changes for drivers in Spain, from the speed drop to 30km/h on most urban roads, to new fines for drivers distracted by phones even if they’re not using them and updates to the rules for overtaking cyclists.

But one other change to Spain’s Traffic Code which came into force on July 1st 2021 is the introduction of a new device as part of any car’s accessory kit.

Called la luz de emergencia V-16 (V-16 emergency light) in Spanish, it’s a pocket-sized light which is meant to be kept in the glovebox and when there’s a breakdown or emergency forcing the vehicle to stop, it’s placed on the roof of the car.

This allows drivers to alert others that they are stationary without having to get out of their vehicles and place a warning triangle behind and often in front of their car on the road, or put on a reflecting yellow vest before getting out.

It’s considered a much safer alternative by road experts, as drivers don’t risk being run over by any oncoming traffic.

Twenty people lost their lives in Spain while placing their emergency triangles on the road in 2020. 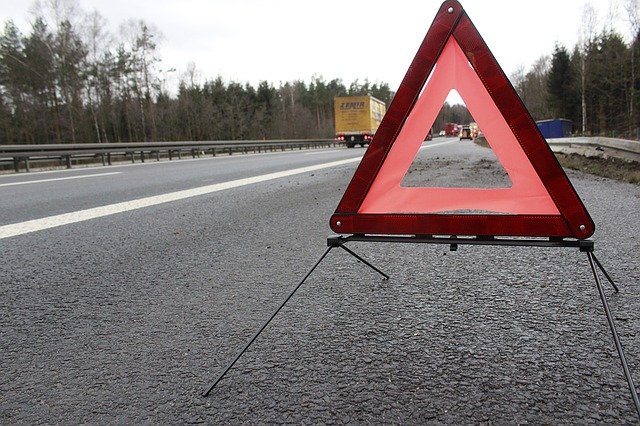 As of July 1st 2021, the V-16 emergency light is supported by Spain’s Traffic Code, although it won’t be obligatory for drivers to have one in their vehicles until January 1st 2026.

However, Spain’s DGT traffic authority has changed the wording of its official advice for what should be done in the event of a breakdown to incorporate situations in which the use of the emergency light is allowed but not the use of emergency triangles.

In the event that your car breaks down, the triangles should not to be placed on the ground if to do so you have to walk along the hard shoulder or along one of the lanes of the road. 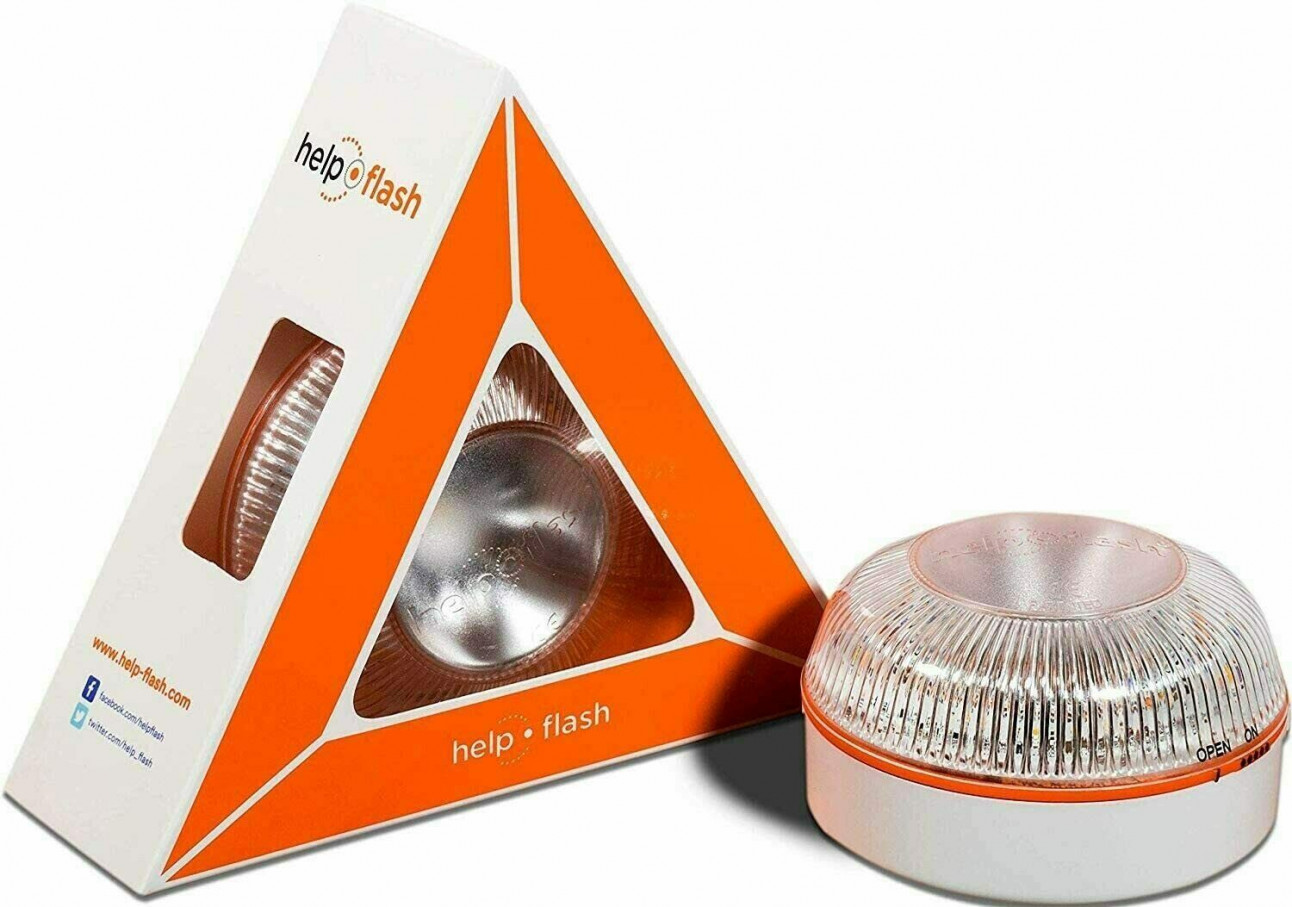 That means drivers can only get out of their vehicles to put the emergency triangles down if they can walk along the sidewalk/pavement or outside of the road in the case of secondary roads.

Previously, Article 130.3 of Spain’s Traffic Code didn’t give these details, stating that placing down the triangles was only discouraged “if the traffic conditions do not allow for it”.

The DGT is also no longer recommending that triangles be placed 50 metres away from the vehicle to be visible from 100 metres away.

What this ultimately means for drivers is that unless they have the new V-16 emergency light, there will be situations in which they won’t be able to warn others of their breakdown.

How does the V-16 emergency light work?

This battery-powered device emits a yellowish LED light in short bursts which can be seen from one kilometre away in all directions.

It also uses magnets or similar features to easily stick to the roof of the car. This must be done from the inside of the vehicle. 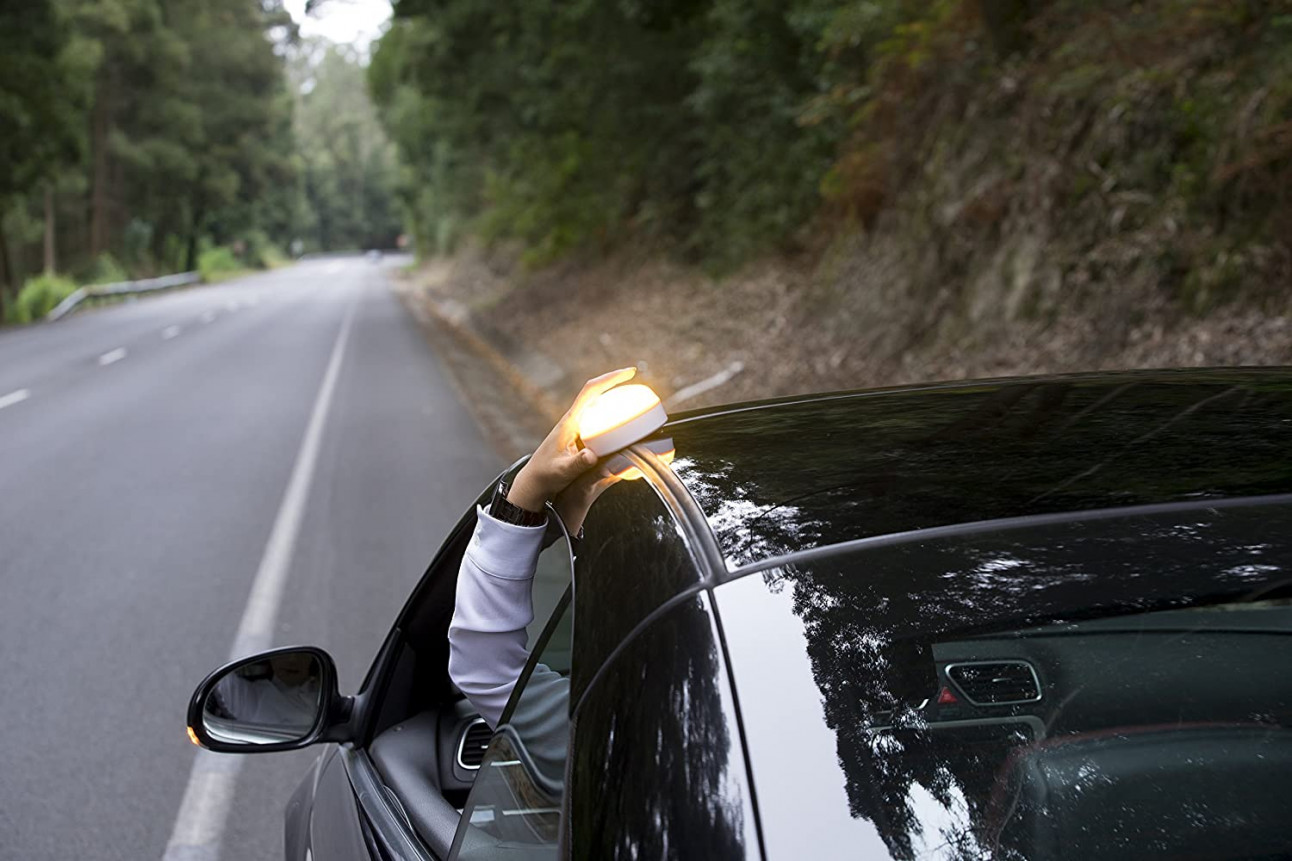 Any portable light device won’t do, it has to be an approved (homologada) light that also includes a geolocator that sends updates to the DGT cloud every 100 seconds. This in turn allows Spanish road authorities to warn other drivers on traffic information displays along the road that a vehicle has broken down up ahead.

The device doubles up as torch as well, as it has a function which emits constant light, in case you need to change a wheel or check your car’s engine at night. 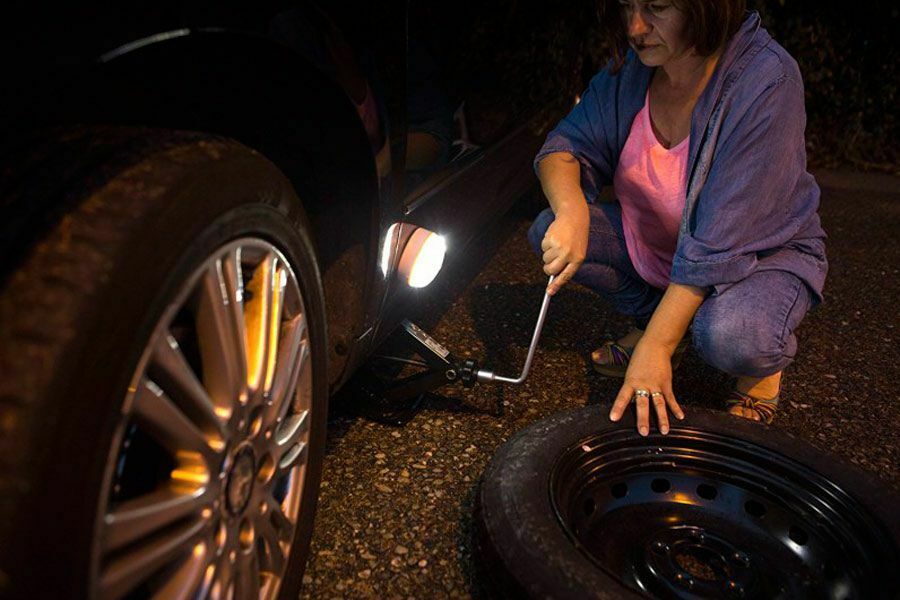 Spain’s new emergency light was initially being sold online by a company called Help Flash for around €22, but there are now other brands selling V-16 lights that have been reportedly approved by the DGT.

Regular emergency triangles can still be used in situations which allow for it, but these are also being slowly replaced by the virtual V-27 triangle, an app in new vehicles which sends information about a breakdown to others that are connected to the online network (not compulsory). BREXIT: What Britons need to know about visas for Spain 12 very good reasons to be happy you live in Spain