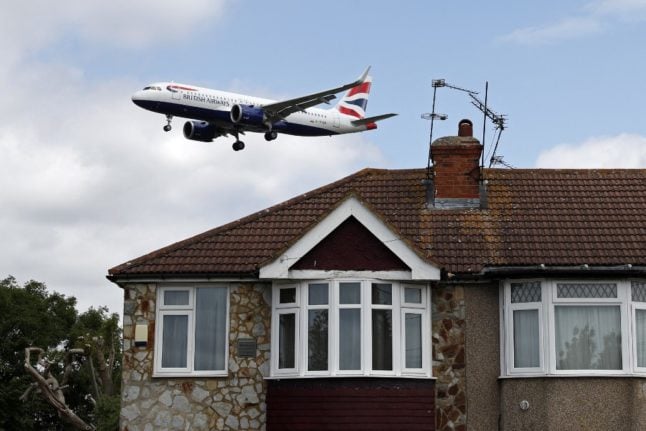 Travel between Spain and the UK has been both complex and costly over the past few months.

The two countries have imposed restrictions and requirements for travellers from each other’s countries, with everything from outright bans for non-residents to holiday prohibitions, quarantines and PCR testing discouraging travel.

Slowly but surely, Spain and the UK are edging towards reestablishing their once ample flight connections, but unrestricted travel is unlikely to be possible at first.

The latest positive news comes from the April 12th report published by the UK’s Global Travel Taskforce, responsible for setting out the travel rules for the country.

In the document, the group states that come May 17th 2021 outbound travellers from the UK may no longer need to provide a “reasonable excuse” to leave the country. This date had been given in March as well, which suggests that as things stand the UK’s vaccination campaign is going as planned.

Whether people travelling from the UK to Spain from that date onwards will need to provide a negative Covid test to enter Spain will be determined by how risky Spanish authorities deem the epidemiological situation in Britain at the time. A beach in Girona (Catalonia) in April 2021. Photo: Josep Lago/AFP

Pedro Sánchez’s government is likely to be pressed to allow British (and other) tourists easier access to the country to ‘save the summer’ season, just as it did over the Easter period at the expense of its resident population.

But it may be the UK’s risk classification of Spain, and whether quarantine is required for UK holidaymakers on their return to Blighty, which determines whether tens or perhaps hundreds of thousands of Britons visit Spanish shores soon.

When will Britons no longer have to quarantine after visiting Spain?

As many of you will know already, the UK operates a ‘traffic light’ system which helps determine what people travelling to the country have to do based on where they are travelling from.

These are the classifications and their requirements.

Green: Covid-19 test before travelling back to the UK, PCR test on or before day 2 of arrival back in the UK but no need to quarantine unless PCR test is positive.

Amber: Covid test before travelling back to the UK, quarantine at home for 10 days, PCR test on days 2 and 8 since arrival, with the option of a test on day 5 for early release from quarantine

Red: Covid test before travelling back to the UK, 10-day stay in a managed quarantine hotel at the expense of the traveller, PCR tests on days 2 and 8 of arrival back in the UK

Spain currently falls into the amber category but the UK’s Global Travel Taskforce has launched a new traffic light system for inbound travellers to the UK which factors in more than just infection rates in foreign countries.

The advisory body will reveal in May which countries it considers more or less safe as a travel destination.

The concern for Spanish tourism authorities will be that Spain continues to remain in the amber classification throughout the summer, as many UK tourists may be dissuaded from visiting Spain if there are other holiday destinations they can travel to that allow them to return to the UK without having to quarantine.

How likely is it that Spain will be in the UK’s green light classification for travel?

According to travel consultancy firm The PC Consultancy, twelve destinations would currently meet the criteria to form part of the ‘green list’: Malta, Portugal, Gibraltar,

Those green countries “should be accessible from May 17th, where we expect just a lateral flow test on return to the UK if you’ve been jabbed once”, said The PC Consultancy chief executive Paul Charles.

Weekly traffic light update – these are the most popular countries we believe will be “green” on 17th May. Key to note that the vaccination rates are mostly increasing across the board. Infection rates dropping fast in highly-vaccinated populations. @ThePCAgency pic.twitter.com/WRhCl4Kn01

“We check our data with scientists and we’ll update regularly to reflect changing rates, as we expect ambers to go green in the next four weeks.”

This is of course just one source’s findings and opinion, and some may struggle to believe that the United States will be greenlighted soon whereas closer holiday destinations such as Spain, Cyprus, Turkey and Greece remain in amber.

Nicky Kelvin from travel website “The Points Guy” was quoted in the Daily Express as saying that based on current statistics and their foreseeable evolution, countries such as Spain, Thailand, Australia, Malta, Egypt, Morocco and several Caribbean countries are the ones with the best chances of joining the ‘green list’.

On the other hand, travel editor for The Independent Simon Calder told ITV’s ‘This Morning’ show that countries such as Spain, Italy and France are less likely to join the low-risk green classification than the United States, the UAE or Bahrain where vaccine campaign forecasts are likely to put them in front.

“While the announcement of the Global Travel Taskforce’s framework for restart highlights a route out of the pandemic and back to international travel, we are still concerned at the lack of certainty surrounding summer holidays,” Andalucia’s tourism minister Juan Marín said.

Can Spain’s vaccine campaign catch up in time?

With the weekend’s vaccine figures not fully counted yet, the latest figures from Friday April 10th show that more than 10 million vaccine doses have been administered in Spain since December 27th, with 3 million people (only 6.5 percent of the population) receiving the full inoculation.

Fifteen percent of the population has received at least one dose.

Spain hopes to vaccinate 22 million people in the second quarter of 2021.

On April 6th, Prime Minister Pedro Sánchez said that by the end of August 70 percent of Spain’s 47 million inhabitants will have been vaccinated.

Back in March the Spanish government said it would allow tourists to visit Spain as soon as 30 to 40 percent of its population has been vaccinated, backtracking on its previous plan to open up when the vaccine rollout was 70 percent complete.

But despite Spain’s willingness to bring back tourists before the vaccine campaign is in its final stages, it is unlikely to make a difference to the UK’s Global Travel Taskforce when it releases its first list of ‘safe destinations’ in early May.

Spanish health authorities have been able to pick up the pace of inoculation in recent days, beating the record for daily administered doses with 336,846 on Wednesday April 7th and then 456,682 the following day.

But the objective of inoculating all its over 80s by March wasn’t met, and as with a number of other EU nations, there have been setbacks along the way which have put the brakes on the vaccine rollout just as it was speeding up.