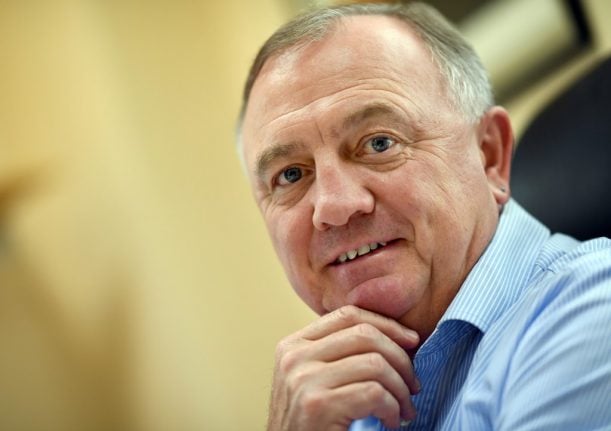 But when Britain voted to leave the European Union, something changed inside Daryl Upsall, a 59-year-old businessman who has spent decades living and working in Europe.

As Britain formally leaves the block on Friday, Upsall is also on the brink of his own “Brexit” — giving up his British citizenship to become Spanish.

It's an interesting twist for someone who grew up in the English town of Boston, known today as Britain's Brexit capital after 75 percent of its residents voted leave during the 2016 referendum.

“I was always very international but also very involved in politics in the UK,” said Upsall who spent a decade in London working for the Nicaragua Solidarity Campaign, writing speeches for Labour leader Neil Kinnock and raising funds for Elton + John's AIDS charity and Nelson Mandela's African National Congress.

He left in 1993 and after seven years with Greenpeace in Amsterdam, he moved to Madrid setting up a string of companies serving the non-profit sector.

But he never once thought about becoming Spanish.

“I had all the rights to live, work here — my son and my wife are Spanish, all the companies are Spanish, and Britain was European, so thinking about Spanish nationality didn't really occur to me,” he said.

“Then Brexit came along.”

A passport that works

There are around 370,000 Britons registered in Spain, the largest community in Europe. But few have opted for citizenship given the requirement to relinquish their British nationality.

Since Brexit, that has changed with justice ministry figures showing applications rising from 33 in 2016 to 335 last year. For Upsall, the decision was about keeping his European identity while avoiding the travelling uncertainties created by Brexit.

“If I travel to China or India, where you need a visa.. as a European, it takes a week. But who knows where things are in (the different countries') negotiations with the UK — is it going to be a week or two weeks? I travel every week to a different country.”

A long and complex process, becoming Spanish is not for the fainthearted, involving a demanding study of hundreds of potential questions on Spanish history, culture and politics, from Nobel Prize winners to the colours of
regional flags.

“It became a parlour game for us — we'd have people for dinner and I'd ask them when Spain's war of independence finished.. We literally never found a Spanish person who could pass it without having studied,” Upsall said.

Prospective applicants much also take a language exam involving an oral test and a three-hour written paper. Only those who pass both tests are allowed to apply.

'Embarrassed to be British'

“I reached a point about 18 months ago when I actually became embarrassed to be British,” Upsall admitted.

“I'm ashamed my country took that decision and muddled its useless way through it.”

But the idea of renouncing his British nationality didn't go down well back home, particularly with his mother who like most in their town had voted to leave.

“When I told my mother, she burst into tears. She said: You can't do it. And I said: You're the Daily Mail reader that voted for all of this, it's the consequence of your actions.”

Barely a year into a three-year process, becoming Spanish is still some way off. But when he has to give up being British, he will.