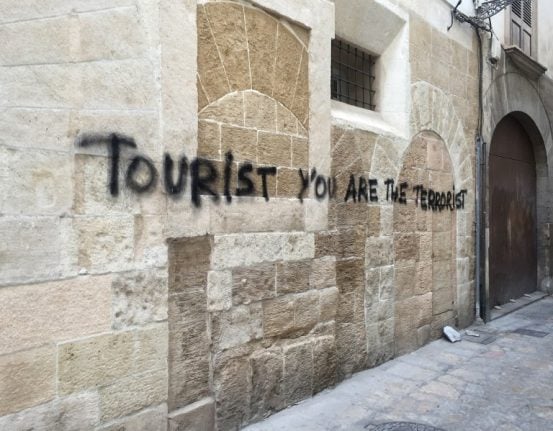 Anti-tourism graffitti daubed on a wall in Palma. Photo: AFP

The number of tourist beds will be capped at a combined 623,624 on the popular islands of Mallorca and Ibiza and those who attempt to rent out unlicenced properties could be fined up to €400,000.

Biel Barceló, the Balearic Island tourist minister from the left-wing coalition Més per Mallorca insisted the laws were needed to “bring order” to an unregulated sector that has boomed out of control.

The law was passed at a time when mass tourism and the negative effects it has on local communities were in the spotlight after a series of aggressive street protests by anarchist groups in Barcelona, Mallorca and the Basque Country. Critics claim that big business is reaping the benefits from tourism while the proliferation of short-term holiday flat rentals is driving up property rents and pricing out local residents.

The law will apply strict regulations to holiday flats rented out via portals such as Airbnb and HomeAway requiring them to be licenced and registered and with fines imposed on both the owners and the rental company for failing to comply.

It will also lead to the creation of a hotline where neighbours can report suspected unlicenced properties.

Authorities have issued an outright ban of rentals in all residential buildings – apart from free-standing and rural properties – until such a time as specific tourist zones can be established, a process which is expected to take at least 12 months.

The legislation imposes tight conditions with licences only issued in buildings that have the consent of neighbours’ associations and that meet safety regulations and provide independent water meters.

Airbnb, which could face fines of up to €400,000 for listing unlicenced lettings has slammed the legislations as “complex and confusing” and for penalizing locals who want to participate in 'the shared economy’ by occasionally renting out a spare room in their home. 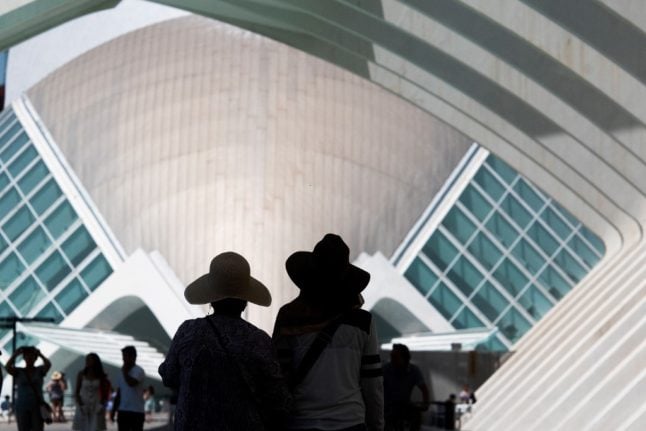