Spaniards have never ranked high for their English level. Image by Freepik 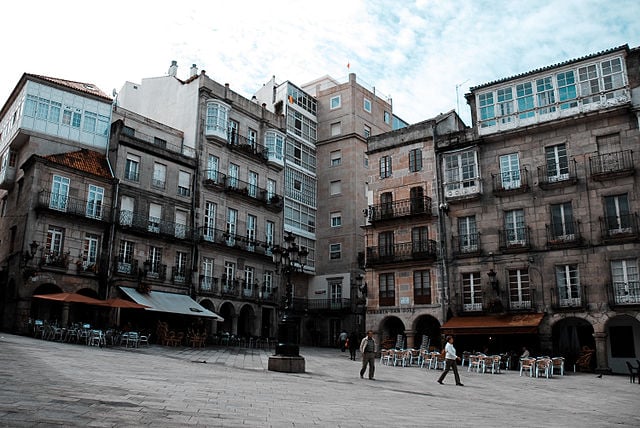 UNDERSTANDING SPANIARDS
REVEALED: The most and least polite cities in Spain

Spaniards are known for being straight-talking and not overly polite, saying please and sorry (or por favor and perdón) far less in daily conversation than British people, for example.

That’s not to say that they’re rude by definition, they just have a different interpretation of what’s expected and warranted in certain social situations. In fact, Spaniards are far more likely to strike up a conservation with you in a queue than northern Europeans, and if someone is in trouble, they’re likely to jump in to help.

However, when it comes to being considerate towards others and having good manners, not all Spaniards make the mark, and the inhabitants of some cities fare far worse than others.

According to a study by language learning site Preply, the politest cities in Spain are Vigo and A Coruña, both in Galicia in the rainy northwest of the country.

The stereotypical image of Galicians is that they can be closed-minded, superstitious, and untrusting, but also affectionate, helpful, strong and honest, and it could be that they’re more polite on average as well.

Residents of Vigo and A Coruña were followed by the eastern coastal city of Valencia on the politeness podium.

READ ALSO – The good, the bad and the ugly: What are the regional stereotypes across Spain?

For the study, 1,500 residents of the 19 most populated areas of Spain were interviewed and given various scenarios to find out how polite or inconsiderate they considered their neighbours to be.

Talking loudly on the phone, watching videos with the sound on and speaking in a loud voice were all given categories that could be ticked as being rude on public transport, while not slowing down for pedestrians or not letting other cars in were considered examples of rudeness when driving.

The most ill-mannered behaviours according to the study involve shouting in public, pushing into a queue or being rude to workers.

Once the answers were collated, each city was given a score from 1 to 10, with 1 being the politest and 10 being the rudest.

Valencia came in third place with a score of 5.28, followed by Murcia-Orihuela with 5.30.

On the far end of the scale, Santa Cruz de Tenerife was found to be the city with the least considerate inhabitants with a score of 6.06, followed by Granada with 5.95, Alicante-Elche with 5.81 and San Sebastián with 5.77.

Other behaviours that people considered to not be very civic were making noise in public (6.15) and not giving tips (6.05).

On that note, when it comes to leaving tips, the residents of the city of Valladolid were found to be the most generous.

If there are any conclusions to be drawn overall about the study’s findings is that there aren’t huge differences between the most and least well-mannered cities in Spain.

Good manners and fear of offending others may not be intrinsic of the Spanish character as in other countries, but that doesn’t stop Spain from being a country with a strong emphasis on community.

READ MORE: The many ways Spaniards refer to your face when you’re being cheeky

PARTNER CONTENT
The future of work: How can we prepare our children for the world of 2032?
Url copied to clipboard!