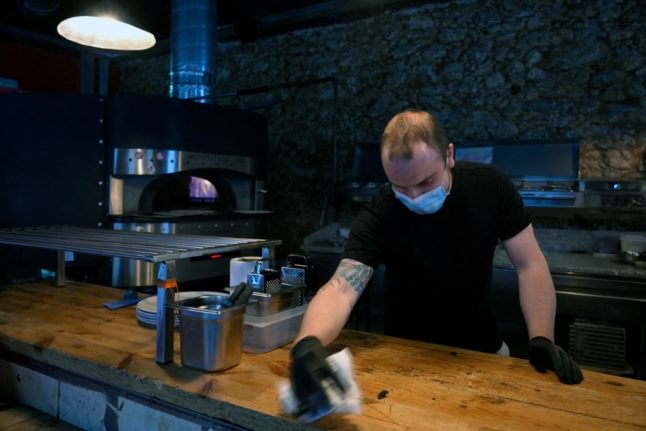 Is it feasible for the Spanish government to require hundreds of thousands of businesses to set their thermostats at a temperature which for many people is already hot? (Photo by LLUIS GENE / AFP)

The most controversial measure of the Spanish government’s newly announced energy-saving plan is the limit it has set for heating and air conditioning.

During the autumn and winter months, the heating in most indoor public spaces cannot be higher than 19C.

During summer, air-conditioners will not be able to blow cold air at a temperature below 27C.

As most of Spain teeters on the brink of its third heatwave in the last two and half months, it’s no surprise that the new rules haven’t gone down well among business owners and the general population as a whole.

It initially seemed that the new temperature limits would apply only to large public buildings, shopping centres, cultural spaces and transport hubs (airports, train stations etc), but the latest state bulletin suggests that the measure also applies to pretty much every shop, supermarket, bar, hotel, café, cinema and restaurant, regardless of their size.

The only exceptions to the 27C rule are hospitals, hair salons, educational institutions, gyms, supermarkets’ freezer aisles and the kitchens and cold rooms of restaurants and bars, based on the clarifications offered by Spain’s Commerce Minister Reyes Maroto on Tuesday August 2nd.

One could expect more overlooked exceptions to follow as Spain’s state bulletin (BOE) doesn’t offer a detailed list of which premises do and don’t have to stick to the new rules.

However, as things stand the rest of Spain’s public and private establishments have seven days (until August 10th) to adapt to the new temperature limits. The measures will remain in place until November 2023.

If managers and business owners don’t take the measures seriously, they will first be given a warning, and if they continue to set the thermostat as they see fit, they will face fines of between €60,000 for minor infractions and up to €100 million for very serious offences.

“With every degree not applied to heating or cooling, 7 percent of energy consumption is saved,” the Spanish government justified in its state bulletin.

Spain’s emergency cost-cutting measures are being introduced within the context of the EU’s plans to lower the bloc’s energy consumption and dependence on Russian oil and gas.

But is it feasible for the Spanish government to require hundreds of thousands of businesses to set their thermostats at a temperature which for many people is already hot, even if outdoors it’s 10 degrees higher?

Voices from within Spain’s hospitality sector have already commented on the fact that customers are less likely to pay them a visit if they get no real respite from the heat in their premises, and that there is also the risk of food having to go to waste as a result of the higher temperatures.

“On top of that you have Pedro Sánchez coming out and saying that he will take off his tie in solidarity with us.

“Not all businesses are the same, some have to have a lower temperature than others”. 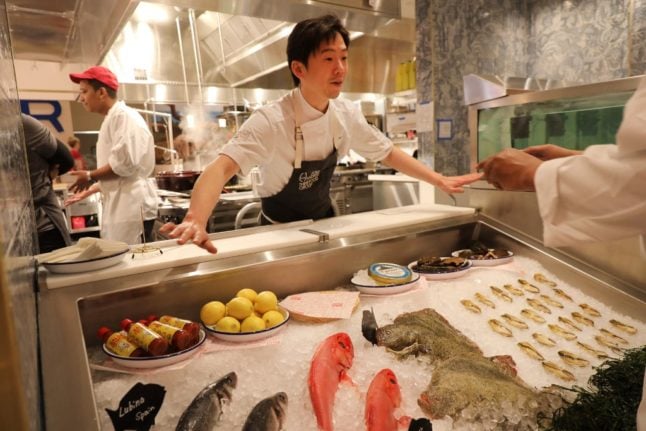 Some hospitality business owners say the 27C limit will mean their food will go to waste as a result of the higher temperatures. Spencer Platt/Getty Images via AFP

“At 27C during summer, you won’t be able to visit El Corte Inglés department store for example, there will be a bad smell in the air and no one will want to stay”.

However, clothing giant Inditex, which owns Zara and other famous brands, has said that it already strictly applies the 27C limit in all its stores.

But Gayà argued that applying the same temperature limit across the whole of Spain was also a mistake: “The weather in Asturias isn’t the same as in Andalusia”.

In the hotel industry, there’s also a division of opinions. Representatives of Spanish hotelier union CEHAT have argued that “it’s time for Spain to show solidarity with our compatriots in central and northern Europe”, whilst other associations such as the Hospitality Business Association have stressed that the comfort of customers and workers should be kept in mind.

What do the energy experts say?

“The measure will be more efficient during the winter months than during summer.

Yolanda Moratilla, of Spain’s Committee of Energy and Natural Resources agrees, adding that “it’s a lot harder to save gas with cooling than with heating.”

“It’d be a tough ask if they asked us to put the air con at home at 25C”, she joked about the fact that 27C doesn’t exactly cool people down.

“It’s more about lecturing than actual effectiveness,” Linares said with regard to the whole package of energy-saving measures, including the new rule which states that the lights in shop windows and public buildings should be switched off at 10pm.

Improving the insulation of buildings in Spain or preventing the closure of nuclear plants in the country would be far more effective energy-saving measure according to some of the experts.

Dr. Antonio Turiel of Spain’s Research Council (CSIC) has argued that the Spanish government could have taken more drastic measures whilst calling the new rules “logical” within the current context.

“It was an essential step to try to reach that 7 percent gas reduction target that the European Union is pushing us to achieve as a result of the war in Ukraine, it’s only the beginning of a process of change,” Turiel told public broadcaster RTVE.

However, the theoretical physicist stressed that a blanket limit on air-conditioning shouldn’t necessarily apply to all workers in Spain: “It’s not the same to work in an office at 27C than working at 27C when you have a job that’s more physically demanding”.

If you’re in Spain at the moment, you’re probably struggling with el calor – the heat. With record breaking heatwaves coming earlier every year and the mercury touching 45C in places, Spaniards across the country are struggling to find ways to keep cool and avoid the heat, using fans, air-conditioning, and ice.

This summer in Spain, however, the intense heat combined with rising energy bills have made ice much harder to come by.

A perfect storm of suppliers struggling with spiking energy bills, the scorching summer heat and return of tourists means that Spain is running out of ice.

So, what’s actually going on?

READ ALSO: Sweating like a chicken: 18 Spanish phrases to complain about the heat like a true Spaniard

This year however, with its sweltering summer heatwaves, demand for ice cubes skyrocketed to staggering 8 million kilos per day and, with very little ice stored, suppliers only have the capacity to prove around two million kilograms a day – nowhere near demand.

READ ALSO: Will Spain’s third heatwave be as bad as the last one?

This shortage has made ice a very hot commodity and increasingly hard to come by. In some supermarkets purchases of bags of ice have been limited to one per person, a move reminiscent of the rush for toilet rolls in the early days of the COVID-19 pandemic.

And with the current volatility of the energy markets, it’s unlikely to go away anytime soon.

Spiralling inflation and utilities bills are affecting all walks of life, not only in Spain but across Europe and the world.

People have been forced to make sacrifices, adjust their lifestyles, and just like the Spanish government requesting companies and public buildings to limit their energy consumption to save on fuel, the energy market has also played a direct role in Spain’s ice shortage.

Ricardo Blasco, owner of one of Madrid’s oldest ice manufacturers, Hielo Blasco, told Reuters this his power bills have risen by between 50 and 60 percent since the start of the year and that he was forced to delay production from March to May to try and offset the crippling costs.

Blasco’s story is a common one. At the start of the year, Spanish ice suppliers did not produce as much as normal – certainly not enough to stockpile as much as they usually would – because of a combination of the financial impact of energy bills and the unpredictability of tourist demand during the first real restriction free summer following the pandemic.

But tourism has returned to Spain in a big way. According to Spain’s tourism ministry, 22.7 million tourists visited the country in the first five months of 2022 alone, seven times the number in the same period a year earlier, with the trend set to continue into the summer.

With holidaymakers desperate to enjoy Spain’s record breaking summer heatwaves and manufacturers worried about paying the bills, ice, a staple of Spanish summer life, has now become much harder to get your hands on.

Although it may mean you now have to have your drink without ice, or can’t take a bag of ice cubes down the beach, perhaps nothing encapsulates as perfectly the two major problems facing Spanish society today: extreme weather and extreme energy bills. 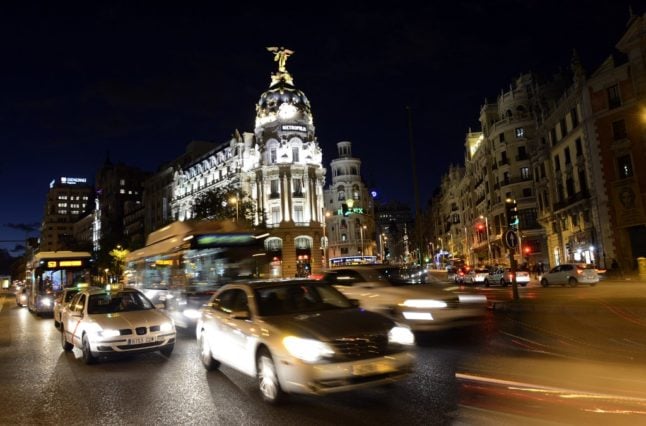 ENERGY
Shop lights out and air con set at 27C: What is Spain’s energy saving plan?