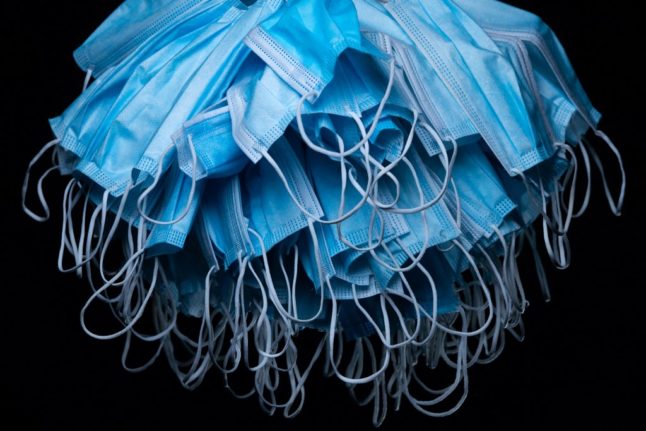 Spain has had one of Europe’s strictest mask-wearing policies, requiring people to wear them both outdoors and indoors for long periods of the pandemic, long after other countries had dropped them.

Since January 2022, the vast majority of Spain’s neighbouring countries have been lifting the obligation to wear masks indoors. Only Portugal, Slovakia, Malta, Italy and Greece have maintained the rule.

The changes to the country’s mask rules were first announced on April 6th and were fully approved by Spain’s Council of Ministers on Tuesday April 19th.

From today, Wednesday April 20th, face masks will only be mandatory in hospitals and other health-related establishments, care homes and on all forms of public transport.

READ ALSO: Where will you still need to wear a mask indoors in Spain?

But with many across the country still even wearing masks outdoors, is Spain ready to get rid of masks indoors?

Are people in Spain ready?

Health Minister Carolina Darias said that the dropping of the indoor mask rule was “socially demanded” and that “it was the right moment for logical reasons”.

It means easier communication, particularly in such a social country, as well as the ability to see each other’s faces and smiles again and helps to express ourselves with more than just words and hand movements.

And as the warm weather approaches, it means people won’t have trouble breathing through a mask in the summer heat, which was very common last year.

The indoor mask-wearing rule has also been dropped in schools and has mostly been welcomed by experts in this situation, saying that mask-wearing has had significant effects on children’s social and verbal development.

According to the hospital group HM Hospitales, the use of masks has caused a 20 percent increase in consultations for children’s speech problems.

Mask rules have also seen an increase in síndrome de la cara vacía or mask-fishing among teens – a phobia or feeling of anxiety by exposing your face and taking off your mask.

There is no official government poll yet asking Spaniards if they think the lifting of the indoor face mask rule has come too early or not, but leading Spanish newspapers such as El País and El Mundo have run their own polls with fairly even results between “yes” and “no”. Younger people appear more likely to be in favour of the mask mandate being scrapped and the older generations tend to be against the lifting of the indoor mask rules.

Have your say in our poll below: Will you still wear a mask indoors in Spain?

What the experts say

The Spanish government has made it clear that this decision has been made under the recommendations of experts. However, not all virologists and epidemiologists agree that dropping the indoor mask rule is a good idea.

Opinions among Spanish health experts seem to be as divided as among the general population. While some say that we need to return to normality, others say that it’s too soon and that we need to see what effect the Easter holidays have had on the spread of Covid before making such a decision.

The Spanish Society of Epidemiology (SEE) said that dropping the rule “on a certain date cannot be a measure based on the evidence of the epidemiological situation” as it was done without knowing the evolution of the pandemic over Semana Santa.

Virologist Sonia Zúñiga of Spain’s National Centre for Biotechnology (CNB-CSIC) believes that it would be “wise” to wait before eliminating masks. “It could be sensible” to remove them “gradually”, starting with environments with lower risk, such as schools, since children have “a much lower risk of suffering from severe disease.

Some experts recall that the pandemic is not over yet and they don’t rule out having to take steps backward if the situation worsens. However, Salvador Pero, an expert in public health argues that “the prospects are good, as many are vaccinated”.

According to the latest stats, 86 percent of people in Spain have been fully vaccinated.

What is the epidemiological situation in Spain right now?

On Tuesday April 19th there were 5,635 patients hospitalised for Covid-19 in the country, 15 percent more than a week ago. In the ICU however, admissions continue to fall. According to the latest health report, 345 people are in intensive care, 23 fewer than seven days earlier.