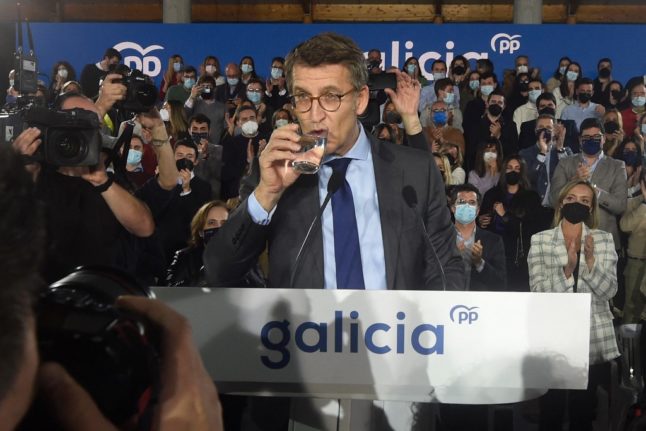 At an extraordinary congress in the southern city of Seville, the PP will formally hand the reins to Alberto Núñez Feijóo, an experienced politician who will become Spain’s main opposition leader.

As well as patching up internal divides following a brief-but-brutal crisis, Feijóo will also lead the PP’s response to Spain’s left-wing government and to the far-right Vox, which has seen a surge in support.

The 60-year-old, who has run the northwestern region of Galicia for 13 years, is the only candidate running, in a sign of the party’s desire to set aside its internal differences.

And his credentials are impressive: as regional leader he won four absolute majorities and has prevented Vox from making any headway in Galicia despite its growing popularity across Spain.

He has also steered clear of scandal, despite the emergence of photos from the mid-90s showing his friendship with Marcial Dorado, a cigarette smuggler later jailed for drug trafficking.

While admitting they were friends at the time, Feijóo said he had no idea about Dorado’s illegal activities.

“We aspire to be the reference for all Spaniards who have ever trusted us — and for those who have never trusted us,” he tweeted ahead of the two-day congress which begins on Friday.

An experienced pair of hands will come as a relief following the bitter clash between two of the PP’s younger faces: outgoing party leader Pablo Casado, 41, and rising hardliner and regional leader in Madrid, Isabel Díaz Ayuso, 43.

In February, their increasingly-tense relationship exploded into all-out war when she accused him of secretly gathering alleged evidence of corruption against her and her entrepreneur brother over a contract to buy Covid-19 face masks.

Ayuso has denied any wrongdoing. Public prosecutors have opened an investigation into the case.

Tensions between them had sharpened after her landslide victory in regional elections, her success throwing Casado’s lacklustre leadership into sharp relief, with their public confrontation pushing party barons to engineer his ouster.

“The time had come to turn a new page,” said Esteban González Pons, a PP lawmaker in the European Parliament who rushed back to Spain to help organise the congress.

General elections are due by the end of 2023 but Pedro Sánchez’s left-wing coalition is already worn out by the pandemic, the resulting economic crisis, soaring inflation, social unrest over spiralling prices and the global uncertainty caused by the war in Ukraine. 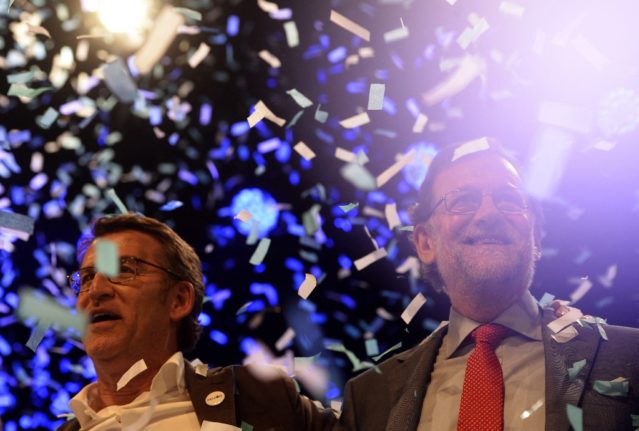 In this context, Feijóo, “who is more centrist, could win votes in the centre or the centre-left”.

The far-right has become a headache for the PP, which has watched how Vox has, in eight years, managed to obtain 52 of the 350 seats in Spain’s parliament as its own showing has fallen from 186 to 88.

Although it has taken longer for an extremist, ultra-nationalist party to take root in Spain, Vox is different from its counterparts in France, Italy or Germany in that it “splintered off from the PP,” admits a senior party source, indicating all of the faction’s founders were once PP members.

Under Casado, the PP shifted to the right as it sought to staunch the flow of voters to Vox.

“Lately, our political rhetoric has been using the same language as Vox,” the source said, although Feijóo’s appointment had raised hopes “that we can win some of them back”.

He needs to get the message across that “moving towards extremism is not the way to win a ruling majority,” he said.

Polls, however, suggest the PP could need to join forces with Vox to govern with a majority, like it has just done for the first time at the regional level in Castilla y Leon, just north of Madrid.