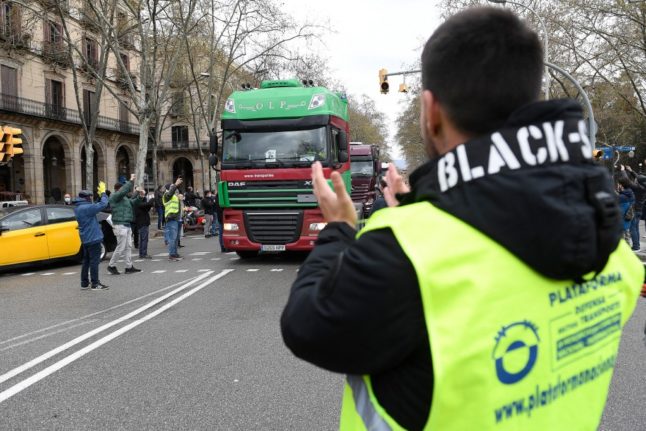 After a weekend which saw tens of thousands hit the streets, demonstrators were to head out again on Wednesday for further rallies.

Under the slogan: “Rein in prices, protect jobs, stop the deterioration in living conditions”, the action has been called by Spain’s top unions, UGT and the CCOO Workers Committees.

Backed by consumer groups, the unrest comes as Spain saw consumer prices surge to their highest level in almost 35 years, with inflation jumping to 7.6 percent in February, against a backdrop of soaring energy costs, worsened by the war in Ukraine.

“We want the EU to take all the necessary measures, and at least let countries regulate prices… it can’t keep nations shackled with prices that are completely misaligned with the cost of electricity production,” said UGT boss Pepe Alvarez.

Rally organisers warn the consequences for both households and businesses are serious.

“Month-by-month, lighting bills, heating bills, the cost of petrol and diesel, food, housing and transport just keep going up. The whole of society is suffering,” they said in a statement.

The protests were called on the eve of a two-day European Council summit, which is likely to focus on measures to protect consumers from record energy prices that have been exacerbated by the Russian invasion.

Spain has been gripped by unrest since March 14th when lorry drivers launched an open-ended strike over mounting fuel prices, staging roadblocks and picket lines and leaving supermarkets with empty shelves and several sectors struggling to cope.

READ MORE: How the truck drivers’ strike is affecting life in Spain

The government is also facing a strike by fishermen who downed tools on Monday following calls by a federation of nearly 9,000 boats which says diesel prices have left many vessels working at a loss.

And there is anger in the livestock and farming sector, which has been hit by rising animal feed costs, with nearly 150,000 protesters demonstrating in Madrid on Sunday. 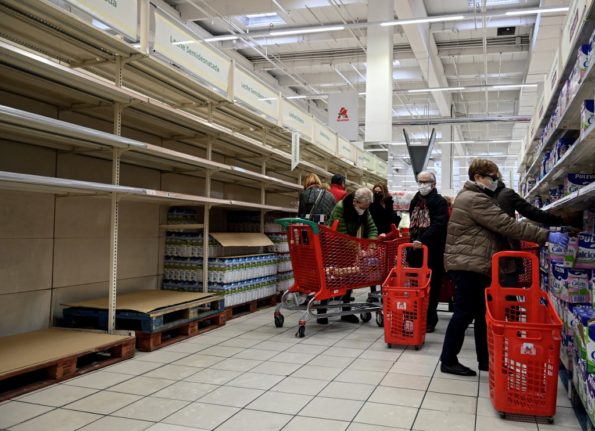 Customers pick up milk cartons on the shelves of a supermarket in Madrid on March 23th, 2022. (Photo by OSCAR DEL POZO / AFP)

‘EU must act as one’

It is the biggest wave of social unrest since Prime Minister Pedro Sanchez came to power in mid-2018 and is firmly backed by the opposition, notably the far-right Vox which organised Saturday’s anti-government protest in several cities.

Vox, Spain’s third largest party which is seeing a boom in support, has successfully tapped into the widespread discontent, especially in rural areas, accusing the government of being “a misery factory ruining the middle classes and the most underprivileged”.

The government is in a tight spot.

Despite taking various measures in recent months to improve low wages and contain energy prices by lowering VAT and tax on electricity production, its efforts have been all but wiped out by spiralling inflation.

In a bid to appease his critics, Sanchez has pledged to unveil “a major response plan”, set to be approved on March 29, that will include significant tax cuts.

His government has also set aside a 500-million-euro ($550-million) budget to compensate truck drivers for diesel price hikes.

However, details remain sketchy, with Sanchez on Tuesday insisting the EU should “defend its citizens… (and) act together to reduce energy prices and limit the economic harm caused by the war in Ukraine”.

Over the past week, Sanchez toured European capitals to push for a common EU response after months of lobbying for Brussels to change the mechanism which couples electricity prices to the gas market.

So far, Madrid’s pleas have fallen on deaf ears, despite support from Paris but there’s hope that could change in the coming days.

If there’s no agreement, the government has said it would push ahead alone, adopting emergency measures on March 29th.

But protesters say it is too little, too late, pointing to similar measures already in force in France and Germany.