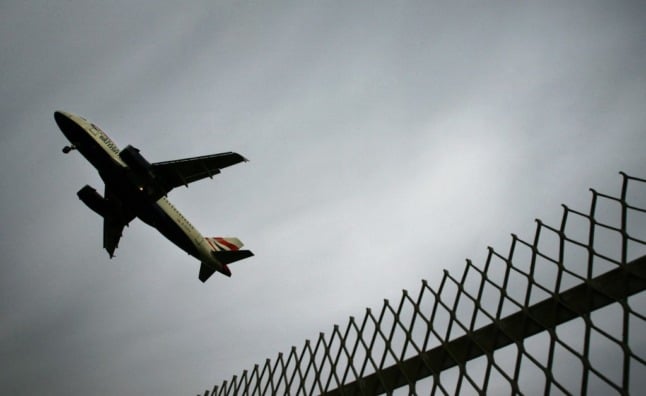 The UK has also banned Russian flagship carrier Aeroflot from flying over Britain as part of a series of sanctions. (Photo by ADRIAN DENNIS / AFP)

Chief executive Luis Gallego told reporters in a call that IAG was re-routing flights so as not to fly over Russia, and cancelled a Moscow bound flight.

The news came one day after the UK government banned Russian flagship carrier Aeroflot from flying over Britain as part of a series of sanctions against Russia following its invasion of neighbour Ukraine.

Moscow in retaliation on Friday banned all UK-linked planes, including transiting flights, from its airspace.

“We took the decision to cancel the flight… to Moscow today,” Gallego told a conference call for the group’s annual results on Friday.

The airline conglomerate was also re-routing scheduled flights to Singapore and Dubai so that they do “not fly over Russia”, he added.

However, it was also monitoring the Ukraine crisis that has shuttered airspace for civilian aircraft in the region.

“The impact of this crisis we are still monitoring,” Gallego noted.

He added that flights to the East were “very reduced” as a result.

“All the flights that we are doing now we can re-route, so we can maintain the schedule.”

There are currently no commercial flights landing in Ukraine after the Ukrainian government decided to close its airspace to them for safety reasons.

A number of European Airlines including Iberia, Vueling, Austrian Airlines, Lufthansa, Brussels Airlines, Swiss and Eurowings have also said they will cancel their flights to Ukraine until at least the end of February.

That contrasted with a record €6.9 billion in 2020, when the coronavirus emergency paralysed air travel and grounded flights worldwide.

Passenger capacity last year was 36 percent of its pre-pandemic 2019 level, but this reached 58 percent in the fourth quarter.

“The easing of government-imposed travel restrictions as the year progressed resulted in improving travel demand, in particular following the opening of the US border to foreign travellers” in early November, IAG said.

“We are confident that a strong recovery is underway,” said Gallego.

IAG noted also that the Omicron Covid variant, which emerged late last year, only had a “negative short term impact” on its performance.

Yet IAG expected a “significant” operating loss for the current first quarter, and cited seasonally weak demand, ongoing Omicron uncertainty, and rising costs as capacity is ramped back up.

The group then anticipates a return to profitability in the second quarter, but sounded a cautious note over this outlook.

“This assumes no further setbacks related to Covid-19 and government-imposed travel restrictions or material impact from recent geopolitical developments,” it cautioned.

IAG aims this year to return to 85 percent of its pre-pandemic passenger capacity.