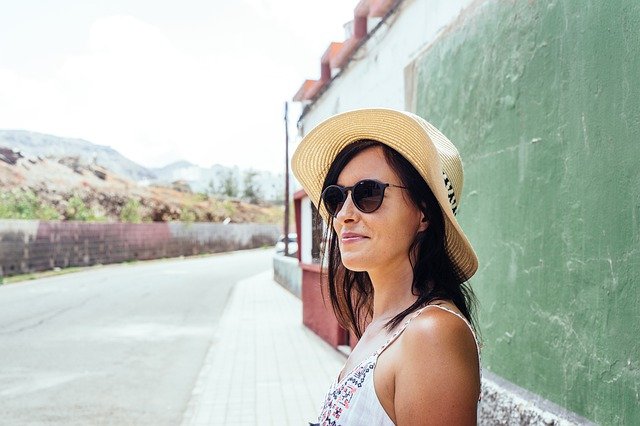 How easy is it for Brits to move to Spain? Photo: marcinjozwiak / Pixabay

A new UK reality TV show puts young Brits and Spaniards in a villa together with the objective of them falling in love and moving to Spain. But is the show just another example of how many in the UK are unaware of the complications of starting a new life in Spain on the fly after Brexit?

In Channel Four’s Language of Love, presented by Davina McCall and Ricky Merino, British singles are brought to Spain to live in a villa and date Spaniards in the hope of finding love, the only thing is that none of them speak the same language.

After a few weeks of dating and trying to communicate with one another, the British are asked to make a choice – will you move to Spain for love?

This is may have all been very well before Brexit, but what is the reality today – can young Brits still really make that choice and what are their options?

Brits are now only able to stay up to 90 days in 180 days in Spain, meaning that if you want to be able to live in Spain any longer than three months, it’s now a lot more difficult to do so.

Getting a work permit to live in Spain is now quite tricky, especially for young Brits, who will need to prove that they’re highly skilled and will need to find a job that is on Spain’s ‘Shortage Occupation’ list. Any potential employer will also have to prove that there are no other suitable candidates in the whole of the EU with that skillset.

And if you want to get an entrepreneur visa to set up your own business, you will have to prove that your business is innovative and has a special economic interest for Spain. You will also have several hoops to jump through, including submitting your business plan to the authorities for approval.

Only young Brits with a spare €500,000 to invest in property will be able to apply for the golden visa.

As the majority of young British people won’t be eligible for any of the above visas, what are the most realistic options to be able to move to Spain?

If young Brits really have fallen in love with a Spanish partner and are ready to make a permanent move to Spain, then one of the simplest ways to move here is of course to marry your Spanish partner. Even if you’re in Spain on a tourist visa, then you are able to register to get married here to a Spaniard.

You should be aware that you will need to submit quite a bit of paperwork beforehand, (which could take around three months or more) and you will also have to go through an interview process to check that your relationship with your Spanish partner is genuine.

Once you are married and have your marriage certificate, you can apply for a residence card as a family member of an EU citizen. This will allow you to stay in Spain for a period of five years before you need to renew it. You are also able to apply for Spanish citizenship after one year of marriage.

READ ALSO: Civil union or marriage in Spain: which one is better?

Of course, after only two weeks living in a villa with someone, it’s unlikely the young Brits will be ready for marriage, so what are the other options? A pareja de hecho or a civil union is still a big step in registering your relationship but could be another way to be able to stay in Spain with your Spanish partner. This will allow you to stay in Spain without the need of having a job (as long as your partner can prove sufficient means of income for both of you).

However, here comes the tricky part, in order to be eligible for the civil union, in some regions in Spain, you will have to show proof that you have been living with your Spanish partner for at least a year. This is the case in Madrid for example, whereas in Catalonia, there is no minimum requirement, but you must have been registered as living in the same province as them. Depending on where your partner is from in Spain, this could prove virtually impossible if you’re only allowed to be in Spain for up to 90 days at a time.

If you are able to register your pareja de hecho status, you can apply for a residence card as a family member of an EU citizen for a period of five years.

If you’re a young Brit and are lucky or savvy enough to have saved up (or have income from investments or similar) quite a bit of money, then you can move to Spain for one year on a non-lucrative visa (NVL). As the name suggests, you will not be allowed to work in Spain on the (NVL) and must prove you have sufficient funds to support yourself while you’re here. Currently, for 2022 you need to prove that you have €27,792 for the year, as well as private health insurance.

After the one year is up, you will be able to renew it for a further two years (provided you have a lot more money to do so) or can exchange it for a work permit or register to become self-employed.

If you’re not yet ready for marriage or to be registered as being in a serious relationship and you don’t have a lot of money saved up to be eligible for the non-lucrative visa, then your easiest option is to apply for a student visa. In order to apply for a student visa, you have to have been accepted on a course first. Besides the forms, ID documents and acceptance letter from the school or university, you will also have to get private health insurance and have proof of sufficient funds to cover your time in Spain.

Be aware that your student visa will typically only last as long as your course lasts, this means that you can apply for the short-term visa, between three to six months or the long-term visa for a course longer than six months. The good news is that you are allowed to work for up to 20 hours a week on your student visa.

The last option is Spain’s digital nomad visa, which was announced at the end of last year. Technically on this visa, you should be able to live in Spain for up to one year, whilst continuing to work remotely for your company back in the UK (if your job allows it). However, as the Spanish government hasn’t yet confirmed the requirements for this visa or when it will be launched, this is not currently an option. Be sure to keep an eye out on our website though, as we will be sharing the details as soon as we know more.