Barcelona City Council plans to revamp the famous Las Ramblas into a place not just for holidaymakers, but somewhere that locals can enjoy too, since over the past 15 years or so the promenade has been taken over by touristy shops, illegal street vendors and fast-food restaurants, with their terraces taking up the pavement.

This means making Las Ramblas greener, widening the pavements, and reducing the lanes of traffic on either side of these walkways from two to one. It’s estimated that the project will cost around €44.5 million.

But part of the city’s plans also involve getting rid of the iconic kiosks of Las Ramblas, which have been a common sight on the street for more than a century, giving them until the end of February to leave and close up shop.

The ‘Antic Ocellaires’ or ‘Pajareros’, as they’re called because they once used to sell birds and other small animals, have stood on Las Ramblas for the past 160 years.

The bird sellers even gave this part of Las Ramblas its official name – the Rambla de Ocells (ocells meaning birds in Catalan).

At the end of the 2000s, the Town Hall banned the sale of animals from these kiosks, due to complaints of animal cruelty, so the owners resigned agreements to sell things such as tourist souvenirs and ice creams instead while keeping their original name. 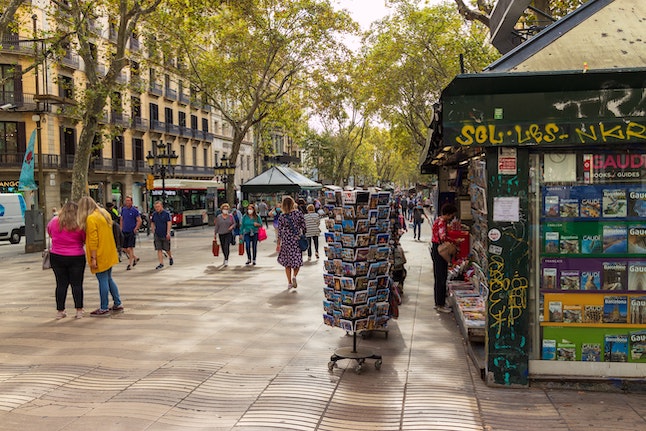 The historic kiosks on Barcelona’s Las Ramblas have been given eviction notices. Photo: Martijn Vonk / Unsplash

Why does the City Council want to get rid of the kiosks?

The City Council claims that the old bird sellers have no place in the new future plans for Las Ramblas. They have said that there will only be flower and newspaper kiosks when it has been reformed, with the exception of one kiosk selling tickets for the historic Wax Museum.

The authorities argue that the licences of the kiosk owners expired on June 14th 2021 because of an agreement that was signed back in 1971, granting them a licence for a maximum term of 50 years. 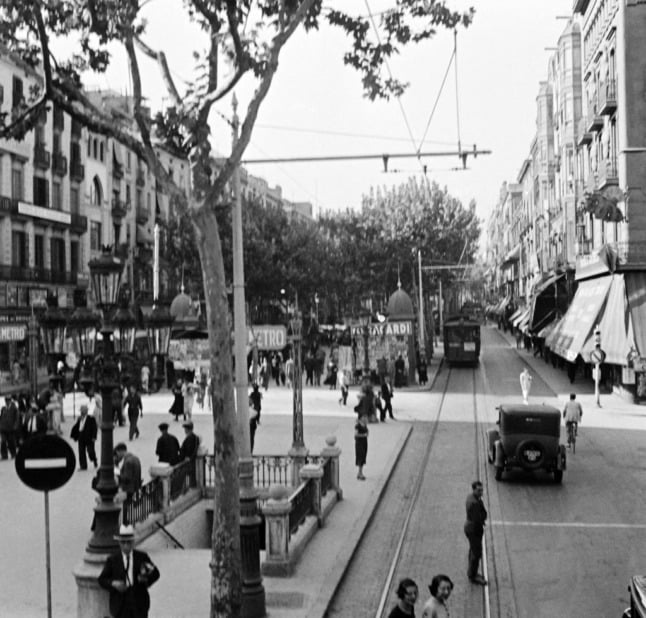 Picture taken in 1949 of Las Ramblas Avenue in Barcelona, showing one of its iconic kiosks. (Photo by AFP)

What do the kiosk owners say?

Javier Cuenca, spokesperson for the collective ‘Antic Ocellaires’ disagrees with this and told the Catalan News Agency that he believes their licences are still valid and urges further dialogue with the council to come to a solution.

The kiosk sellers have already filed an appeal against their eviction notice, as well a lawsuit.

Cuenca believes that the council’s decision is a “pressure strategy” and does not understand why they have to leave now, when he claims that plans to reform their part of Las Ramblas won’t come into effect until 2029.

Many locals are also angry about the council’s decision, arguing that there are still prostitutes, pickpockets and manteros (immigrants or refugees who sell items illegally from blankets laid out on the streets) on Las Ramblas – even though many of these sellers now mainly congregate in other areas of the city.

For some, Las Ramblas has come to represent the decay of parts of the Catalan capital, a city weighed down by its immense international popularity and all the knock-on effects that come with that in the 21st century. 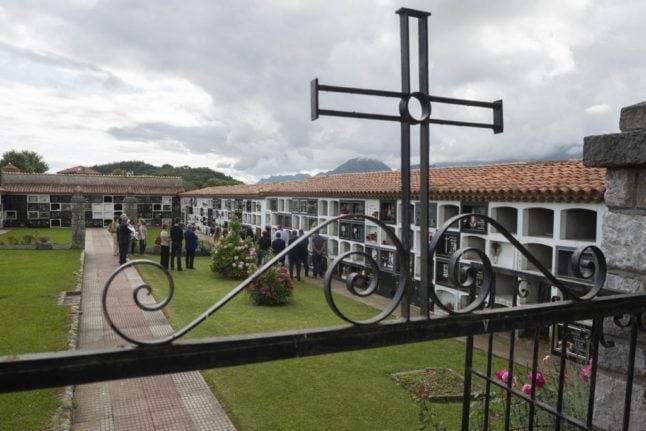 A common query of foreign tourists abroad is ‘can I drink the tap water here?’.

Often these kinds of instincts come from memories of over-protective parents on summer holidays, but fortunately for us it isn’t really a relevant one in Spain.

Despite what some overly cautious people might say, at least 99.5 percent of Spain’s water supply is safe to drink, according to the Spanish Ministry of Health.

In Spain there are over 1,200 dams and 100,000 kilometres of distribution network that supplies tap water across the country.

And it is heavily regulated and tested, experts say. According to the director general of the Spanish Association of Water Supply and Sanitation (AEAS) Fernando Morcillo, “it [water] is the food product that passes the most controls.”

Reassuring though it is that Spanish tap water is entirely drinkable and regularly tested, it doesn’t change the fact that there can be great variation in the taste depending where exactly in the country you are.

So, why does the tap water taste a little strange in some parts of Spain when it should be odourless and tasteless?

Speaking in general terms, water is collected locally in dams and swamps, and then filtered, chlorinated, and transported to wherever it is going before coming out of our taps.

The local geography of this process – that is, not only where you live but where your water is collected and where it passes through on its way – can have a big impact on how it tastes at the other end.

Water treatment also contributes to making it a ‘heavy’ tap water with hints of chlorine, and when it comes to desalinated seawater, leftover magnesium and sodium are common.

If you ask many Spaniards, they’ll tell you that the tap water is ‘bad’ or worse on the coast.

Tap water in places like Valencia, Alicante and Málaga usually has a chemical odour and taste and many locals prefer bottled water.

Why is that? After the filtering process, water on the way to the coast can pick up more sediment and chemicals. The taste of tap water has a lot to do with the terrain it is collected in and the type of earth and rock it passes through on the way to your house.

Let’s take the tap water in Catalonia, for example, which comes from one of two main sources: the river Ter and the river Llobregat.

The Ter has low levels of contamination, but the Llobregat does not. Therefore, if you drink water somewhere on the banks of Llobregat, it will have more of a noticeable chemical flavour than water from the Lobregat.

Many people who live in Madrid swear they have the best tap water in Spain. Although not quite the best in the country, Madrileños are right that it’s better than most and it comes down to where the water passes through.

Unlike in Catalonia, Madrid’s Sierra de Guadarrama has an advantage over other areas because the stone is mostly made up of granite, which better facilitates the filtration of minerals. 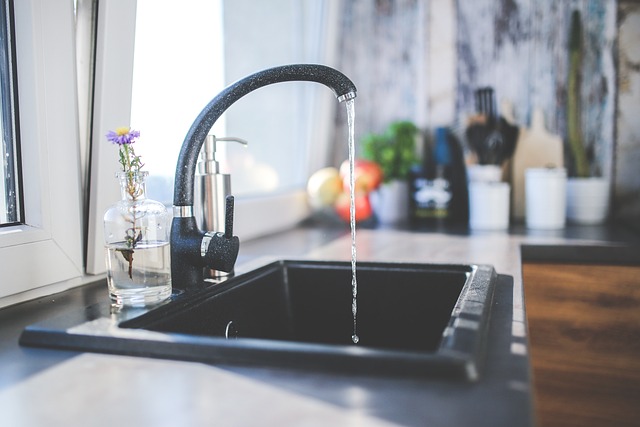 Despite what some overly cautious people might say, at least 99.5 percent of Spain’s water supply is safe to drink, according to the Spanish Ministry of Health. Photo: Kaboompics/Pixabay.

Where the predominant rock in the earth is more calcareous, it will generally taste worse, since limestone is soluble and produces a very ‘hard water’ that doesn’t taste as good. That’s why the tap water in areas such as Alicante, Valencia and Murcia has a worse flavour, plus the fact that they are all coastal areas.

Talking in very general terms, if you were to draw an imaginary line that ran from Andorra diagonally across Spain all the way down to Cádiz, the ‘soft’ or better tasting tap waters will be the north of the line and the ‘harder’ waters the south and east of the line.

There are some exceptions, of course, depending on local geography and filtration processes.

The best and worst

Spain’s consumer watchdog, the Organisation of Consumers and Users (OCU), took samples of the tap water in 62 municipalities across Spain and had them analysed for their degree of mineralization and ‘hardness’, their hygienic quality, and level of possible contaminants. They then produced a report ranking the results.

So, where in Spain has the best quality tap water and which has the worst?

Despite what many Madrileños will tell you, Spain’s best tap water isn’t in Madrid. According to the OCU’s testing, the highest quality tap water in Spain was found in:

Generally speaking, and as outlined above, the broader Levant coastal area, as well as the Spanish islands, are generally the areas where locals say the tap water isn’t quite as good.

And what about the worst?