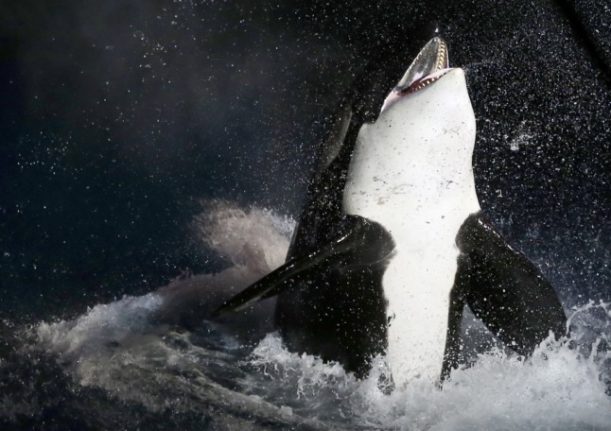 Sometimes referred to as killer whales, orcas are a large, highly intelligent species of dolphin that feeds on marine mammals and fish.(Photo by VALERY HACHE / AFP)

The group allegedly loaded drugs onto sailboats in Morocco and once in Spanish waters “would fake a breakdown or accident and request maritime assistance to be towed to port”, police said in a statement.

In June 2021 a sailboat used by the group docked in the southern port of Barbate “after having allegedly suffered an attack by orcas while crossing the Strait of Gibraltar”, they added.

Police believe the claim was a failed attempt by the owner of the boat to “shift the focus” of investigators from the “suspicious movements” it made while at sea.

Last year, Spain temporarily ordered small boats to steer clear of a stretch of the country’s southern coast after reports of more than 50 encounters with boisterous orcas, including several in which boats had to be towed to shore.

Once in Spain, the group would take the hashish in “small quantities” to a storage room in the southern province of Cadiz, from where it was then shipped out of the country.

Spain’s proximity to Morocco – a major hashish producer – has made it a key entry point for drugs bound for Europe.

Sometimes referred to as killer whales, orcas are a large, highly intelligent species of dolphin that feeds on marine mammals and fish.