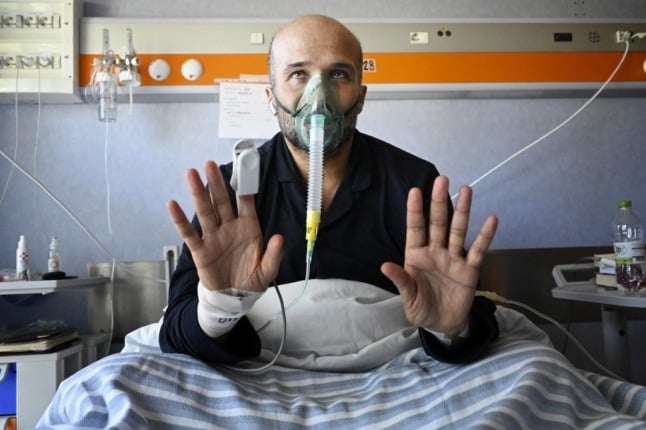 As of early February, ICUs in Spain are starting to discharge more Covid patients than they are admitting to hospital. Photo: Alberto PIZZOLI/AFP

You may have heard that face masks outdoors will soon no longer be mandatory in Spain and that the country’s infection rate has dropped below 2,000 cases per 100,000 cases for first time since December, but there is plenty of other insightful Covid news from Spain which we’ll offer you in bite-sized sections below.

Despite a promising start to the Covid-19 inoculations for children aged 5 to 11 in Spain which began in mid-December, in recent weeks the rate of children getting vaccinated has slowed down considerably.

Pedro Sánchez’s government had set itself the target of having vaccinated 70 percent of children in this age group by this week, but this target now seems out of reach with 55 percent of 5 to 11 year olds with one dose.

130 people die from Covid-19 in Spain every day

Covid-19 vaccines have helped reduce deaths and serious cases drastically, although the ongoing high incidence under the Omicron variant has ensured that daily deaths remain high. Over the weekend, 335 more deaths were reported, taking the total to more than 94,500 since the pandemic began.

Sunday 13th will mark two years since the first Covid death in Spain, and since then the average daily number of deaths in Spain is 130.

Two new vaccines on the way, one of them Spanish

Hipra is the first Spanish vaccine against the coronavirus to enter the final trial phase, and the pharmaceutical company it gets its name from defends that clinical tests show better results against the Omicron variant in booster doses than the Pfizer vaccine.

Then there’s Novavax, developed in the US and authorised by the EU in late December, which is also scheduled to be offered as a booster shot to people in Spain during this first semester of 2022.

A group of Spanish researchers have developed a chewing gum that they claim helps stop the spread of coronavirus and other viruses through the mouth.

Their chewing gum releases high initial concentrations of acids that cause a sudden drop in PH in the mouth, acting in a similar way to a face mask or hydraulic gel in creating a barrier from infection.

You can expect to see it in chemists in Spain in February and March, although there is no national scientific study yet which confirms its efficacy.

An immunologist and an allergist from the University Hospital of the Canary Islands have created a test which is capable of determining the state of our cellular immunity.

The aim of the test is to establish whether or not we really need a new booster dose of the COVID-19 vaccine at a certain time. It is similar to other dermal tests for infections such as tuberculosis.

This test, which is yet to hit the market, could save time and money and can be especially useful in certain populations such as transplant and cancer patients.

A 62-year-old woman from Cádiz is the first person in Spain to file a legal complaint against Spain’s health system after suffering health problems following her first AstraZeneca vaccine back in April 2021.

Since then, she has reportedly suffered from headaches, blurred vision, bleeding, blood clots and a heart attack. Her lawyer claims there was no valid consent to be vaccinated on her part due to the absence of information given to her about possible side effects and alternative vaccines.

Spain stopped receiving AstraZeneca vaccines last July after around 20 cases of blood clots of the roughly million people vaccinated with the Anglo-Swedish inoculation.

Spain has donated 50 million vaccine does, but half of them haven’t been delivered

Through the Covax vaccination sharing mechanism, Spain has managed to donate 50 million vaccines, 22 million of which are destined for Latin America, the Caribbean and Africa. The majority of these vaccines are AstraZeneca, Johnson & Johnson and Moderna doses.

But as of January 21st, only 26 million have reached their destination. Distribution problems, a lack of syringe supplies and safety measures as well as the complex multi-step process involved in donating have been given as reasons for these delays.

Unfortunately, more than 934,000 doses, mainly AstraZeneca and Johnson & Johnson vaccines, were not put to good use and expired before they could be administered, the Spanish government recently admitted.

Spain to stop reporting on myocarditis from Covid-19 vaccines

The Spanish Agency for Medicines and Health Products (Aemps), the body responsible for keeping track of the possible side-effects experienced after Covid-19 vaccination, has stopped publishing details on new cases of myocarditis and pericarditis after inoculation.

So far, such data has been published on a monthly basis, but not in the latest report, with Aemps justifying the decision by saying that this is their MO for all identified adverse reactions from other medical treatments.

“Aemps continues to count the cases of myocarditis and pericarditis, but since it is an adverse reaction already known and with an established incidence , the cases are not included in the public report”, the medical body wrote. 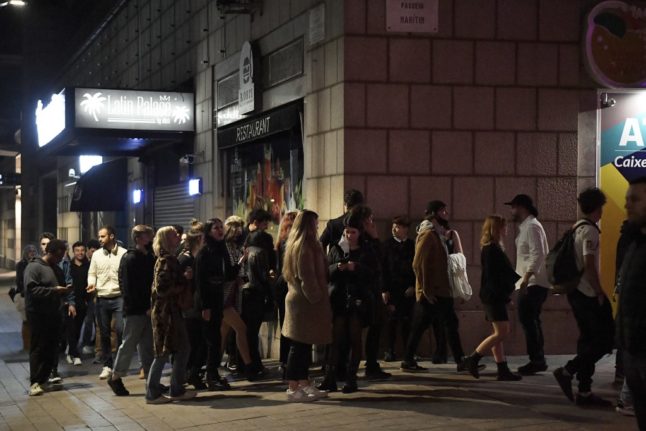 Several Western European nations have recently recorded their highest daily case numbers in months, due in part to Omicron sub-variants BA.4 and BA.5.

The increase in cases has spurred calls for increased vigilance across a continent that has relaxed most if not all coronavirus restrictions.

The first resurgence came in May in Portugal, where BA.5 propelled a wave that hit almost 30,000 cases a day at the beginning of June. That wave has since started to subside, however.

Italy recorded more than 62,700 cases on Tuesday, nearly doubling the number from the previous week, the health ministry said.

France recorded over 95,000 cases on Tuesday, its highest daily number since late April, representing a 45-percent increase in just a week.

Austria this Wednesday recorded more than 10,000 for the first time since April.

Cases have also surged in Britain, where there has been a seven-fold increase in Omicron reinfection, according to the Office for National Statistics (ONS).

The ONS blamed the rise on the BA.4 and BA.5 variants, but also said Covid fell to the sixth most common cause of death in May, accounting for 3.3 percent of all deaths in England and Wales.

Mircea Sofonea, an epidemiologist at the University of Montpellier, said Covid’s European summer wave could be explained by two factors.

One is declining immunity, because “the protection conferred by an infection or a vaccine dose decreases in time,” he told AFP.

The other came down to the new subvariants BA.4 and particularly BA.5, which are spreading more quickly because they appear to be both more contagious and better able to escape immunity.

Olivier Schwartz, head of the virus and immunity unit at the Pasteur Institute in Paris, said BA.5 was “taking over” because it is 10 percent more contagious than BA.2.

“We are faced with a continuous evolution of the virus, which encounters people who already have antibodies — because they have been previously infected or vaccinated — and then must find a selective advantage to be able to sneak in,” he said.

READ ALSO: Tourists: What to do if you test positive for Covid in France

But are the new subvariants more severe?

“Based on limited data, there is no evidence of BA.4 and BA.5 being associated with increased infection severity compared to the circulating variants BA.1 and BA.2,” the European Centre for Disease Prevention and Control (ECDC) said last week.

But rising cases can result in increasing hospitalisations and deaths, the ECDC warned.

Could masks be making a comeback over summer? (Photo by OSCAR DEL POZO / AFP)

Alain Fischer, who coordinates France’s pandemic vaccine strategy, warned that the country’s hospitalisations had begun to rise, which would likely lead to more intensive care admissions and eventually more deaths.

However, in Germany, virologist Klaus Stohr told the ZDF channel that “nothing dramatic will happen in the intensive care units in hospitals”.

Return of the mask?

The ECDC called on European countries to “remain vigilant” by maintaining testing and surveillance systems.

“It is expected that additional booster doses will be needed for those groups most at risk of severe disease, in anticipation of future waves,” it added.

“I want to continue to recommend protecting yourself by getting a second booster shot,” said Italy’s Health Minister Roberto Speranza, who recently tested positive for Covid.

Fischer said France had “clearly insufficient vaccination rates” and that a second booster shot was needed.

Germany’s government is waiting on expert advice on June 30 to decide whether to reimpose mandatory mask-wearing rules indoors.

The chairman of the World Medical Association, German doctor Frank Ulrich Montgomery, has recommended a “toolbox” against the Covid wave that includes mask-wearing, vaccination and limiting the number of contacts. 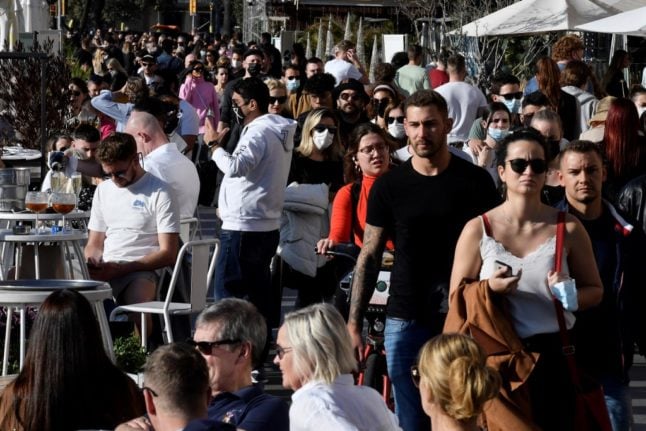 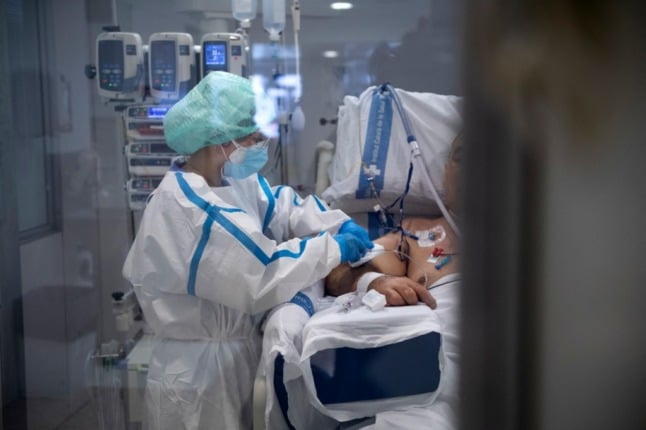