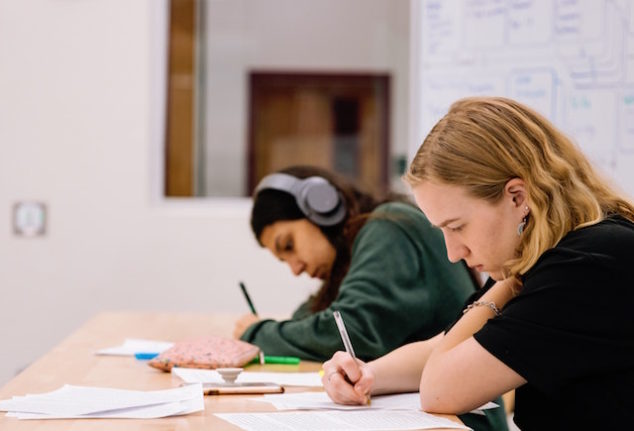 British students are in limbo after not being able to get visas to study in Spain. Photo: Jeswin Thomas / Unsplash

Many university and language courses in Spain begin in September 2021, yet there are still thousands who haven’t received permission to enter the country.

According to reports in the British press, most of the issues and delays seem to be caused by the different legislation and administrative processes brought on by Brexit.

This is the first time that British students have been required to have visas to study in Spain, as the UK officially left the EU on December 31st 2020.

Jack Benson is currently studying for a BA in Spanish and is supposed to go to the University of Seville for the full academic year starting this September, however he still hasn’t received his visa.

“I first requested an appointment back in the middle of June and it has been radio silence since then. I was expecting the process to be somewhat stressful, but this has taken it to an entirely different level”, he told The Local Spain.

Jack explained that he’s not studying through the Turing Scheme, but instead his year group was told that would be the last year to receive the Erasmus funding. However, this doesn’t mean that Jack hasn’t had to fork out a lot of his own money for the process.

“By the time my flight out there is booked, I would’ve spent £1000 in total and that’s not even including any accommodation costs. I’m fortunate enough that I was able to work part-time throughout my second year at university because there’s no way I’d be able to afford all of these fees otherwise, as I come from a working-class family”, he explained.

Even after spending all that money, Jack is still not sure he will be able to go because one of the requirements for the student visa is that you have to prove you have the financial means to support yourself for the time you’ll be in Spain.

“I haven’t been able to get a straight answer as to whether a letter confirming my student finance entitlement is appropriate for that because if it isn’t, then I will not be able to go at all,” he said.

“It’s been difficult seeing social media posts of friends who have gone to Mexico for their year abroad, whilst I’m stuck in the UK waiting. It’s getting to the point where it’s putting me off going at all, which is a massive shame considering this part of my degree is something that I’d been looking forward to for so long,” he concluded.

Abby, who has also been trying to apply for her student visa from the Spanish consulate in London since June told The Local Spain: “I sent an email to the consulate months ago and they didn’t reply until around a week ago offering me a student visa appointment”.

“My classes start next week,” she said, “but I still don’t know if I can come”.

Abby had signed up for a language course in Barcelona, followed by a language assistant programme near Valencia.

“All we have been told is that the issues we are facing are due to Brexit,” she continued.

Abby explained that there are around 50 other students in the same situation as her, all applying through language assistant programmes.

“Many people doing the programme have been turned away from the consulate when they showed up to apply for their student visas,” she explained, saying that the consulate now says they should all try and apply for internship visas instead.

Visas for professional internships have been allowed under the law of Entrepreneurs in Spain since 2008.

“We are now hoping it will be quicker to book an appointment for an internship visa instead, but will have to wait up to 30 days for the authorisation of the residence form first,” she said.

“Then I will have to book an appointment again (which took around two months the first time). It’s just a bit worrying for all of us”.

But it’s not just Abby and her 50 classmates who are having issues getting their visas for Spain. The first university students enrolled in the new Turing scheme, the UK’s answer to the Erasmus scheme, have also reported problems getting their paperwork sorted in time.

Maxine wrote on Twitter: “I’m a parent working on my son’s student visa for Spain and can attest how difficult and costly the process is. Also, he needs to be double jabbed before his chosen university will accept him! Another Brexit issue. The cost so far is £300, two days off work and untold stress”. According to data published by the British Council in August 2021, more than 3,000 Turing students have selected Spain as their preferred destination for the academic year 2021-2022.

That makes up 19.7 percent of all overseas vocational education applicants, putting Spain in top spot, and 17.5 percent of university applicants, second only to France as their preferred destination.

Sandra Smith, another parent trying to help her child get a Spanish student visa tweeted: “Trying to get a student visa for daughter to study in Spain. Put in a request for an appointment just to apply two and a half months ago. Still no appointment. As things stand, she can’t go ….. tragic and stressful and 100 percent Brexit in action – didn’t need to do this at all before.” In successive tweets, she wrote that she had spent over £1,000 already on the paperwork and that her daughter had already been accepted onto a fully accredited university course near Barcelona. In a later tweet, Smith wrote: “This week she will lose the place because we still have no appointment. Heartbroken and very angry. She did not vote for this. No blame on Spain here, it’s all on us”.

Reports in the Spanish and British press have highlighted how the Spanish Consulate in London has been struggling to keep up with the volume of UK students who need to process documents, with the situation being referred to as “chaotic” and “collapsing”.

The main problems visa applicants have complained about are the difficulties in contacting the consulate by phone as nobody answers or the lack of appointment slots made available online. Sources from the Spanish Ministry of Foreign Affairs said that “student visas have been given priority in all consulates, as well as in the United Kingdom”. However, in this first year after Brexit, “it means that British students and universities must acclimate to the new regulations and the need to apply for a visa, requiring a time to adapt to it”, they added.

In order to apply for a student visa to study in Spain, applicants must compile several documents, which include a medical certificate, tuition and payment for the full course, a criminal record check and a certificate showing that they have sufficient financial means to stay in the country. All these documents must then be translated into Spanish by a sworn translator.

Student visas must be applied for 90 days before the desired entry date into Spain, which is why many applied in June. However, there have been delays at the consulates because you need to get a prior appointment in order to be able to apply for the visa.

READ ALSO – BREXIT: What Britons need to know about visas for Spain