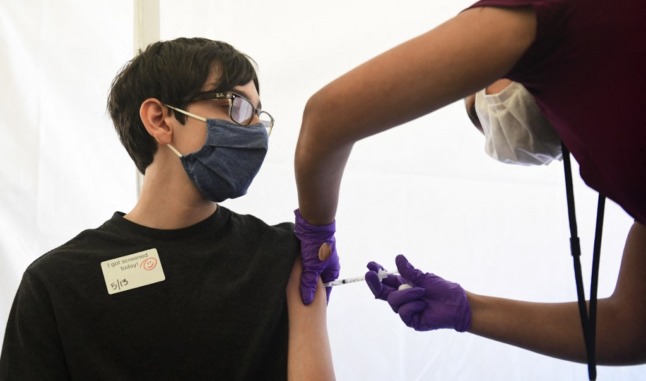 Back in April, Pedro Sánchez committed himself and his government to achieving a 70 percent inoculation rate among Spain’s 47 million inhabitants by the end of the summer.

This now appears to be within reach, with the number of fully vaccinated people in Spain standing at 56.88 percent on July 30th, a rate that grew by 20 percent in the last month.

But the emergence of Delta as the dominant variant, which largely explains why Spain has one of the highest infection rates in Europe despite leading the way in vaccinations, has spurred the country’s Health Ministry to rethink its goals.

The herd immunity threshold depends on two factors: the effectiveness of vaccines and the R number (the average number of people that one person with Covid-19 will infect).

The herd immunity target of 70 percent for Covid-19 was calculated under the premise that vaccines had a 90 percent efficacy rate but seeing as vaccinated people can still get infected and infect others (community transmission is still high), this effectiveness rate has been revised down to 50 percent.

Equally, the R number used to determine the 70 percent immunity threshold was 3 back when Sánchez set the target at 70 percent, whereas with the Delta variant this has jumped up to 10 infections per infected person.

“Once we reach the target of 70 percent vaccinated, we need to carry on vaccinating people until we get as close as possible to 100 percent of the population,” Spanish Health Minister Carolina Darias said in a recent radio interview in which she also confirmed there would be a “third reinforcement vaccine”.

Although Darias stopped short of offering an exact percentage, the most quoted new herd immunity thresholds by Spanish and international virologists are 85 percent and 90 percent.

Officials in countries such as Canada and Ireland have publicly revised the figure up to 90 percent.

“Now we know that 70 percent will not be enough, as the Delta variant is more infectious,” epidemiologist Quique Bassat told Spanish TV channel La Sexta.

“With measles for example, which is much more contagious than the coronavirus, you need to vaccinate 95 percent of the population to reach herd immunity.

“Therefore, we are already talking about 85 percent with Covid.

“Reaching 70 is already difficult and I think that it’s now necessary to include teenagers in the programme, who will be the ones who will help us increase this proportion of the vaccinated population and get a little closer to that target, a bit utopian, of herd immunity”.

For Spain to immunise 85 percent of its population rather than 70 percent, another 9 million people would have to be fully vaccinated.

Spain’s Covid vaccination programme includes as its youngest age group 12 to 19 year olds, with Murcia and the Canary Islands leading the way in vaccinations for this group.

Inoculations in over 12s have been approved by the European Medicines Agency and Spain has followed suit. As of August 2nd, Spain has vaccinated 2.7 percent of its teenage population.

Spain’s Health Minister has admitted that vaccines for children younger than 12, who represent 11 percent of the country’s population, remained a “controversial” subject for the public.

“It’s true that young children are generally not transferrers of the virus but if we want to achieve full immunity we should be able to vaccinate them,” Darias told Onda Cero.

“We’ll broach the subject calmly and use scientific evidence.”