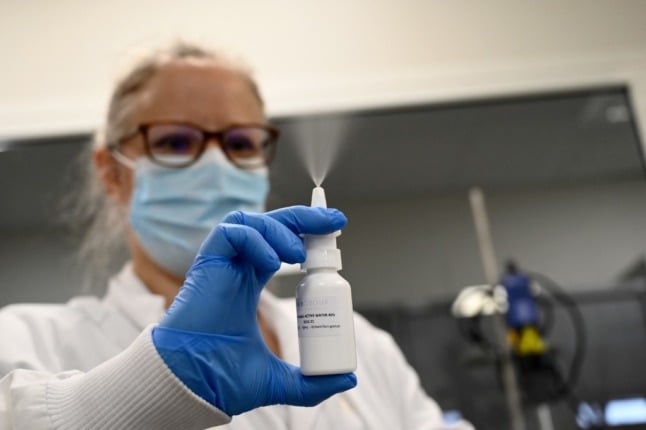 The World Health Organization (WHO) estimates that there are 102 clinical trials of vaccines underway and 185 more in the preclinical phase.

Practically all of the vaccines being developed in Spain are in this phase, testing its validity in vitro and in animals while waiting to take the leap towards the first tests on human volunteers.

This is where approved Covid vaccines such as Pfizer, Moderna and AstraZeneca were a year ago.

Whilst Spanish vaccine investigations have received hundreds of thousands of euros in funding, that pales in comparison with the billions of euros that well-known approved vaccines have been given.

“In these cases, time and money are the same parameter; the speed of scientific research depends on how much money you invest,” Valencia health investigation councillor Javi Burgos is quoted as saying in several Spanish newspapers.

There have also been reports highlighting the precarious work conditions and low pay of some Spanish researchers working on these vaccines and how in some cases retired scientists are having to return to the labs to help out.

The president of Spain’s Higher Council for Scientific Research (CSIC) Rosa Menéndez said on March 28th that she trusted that three Spanish vaccines being developed by her organization’s scientists would begin clinical trials with humans “in a matter of weeks”.

As things stand, one of these vaccines – the MVA-CoV2-S one being developed by CSIC and pharma company Biofabri, part of Grupo Zendal – has now received €2.4 million in government funding for the clinical trials to start in the northwestern region of Galicia, although no date has been confirmed yet.

“We will launch later, but with everything updated,” CSIC virologist Luis Enjuanes told Spanish health website ConSalud.es about the fact that the trials will include the virus mutations that have developed over the past year.

“The Pfizer, Moderna and AstraZeneca vaccines are effective, but not perfect: you have to give two doses and even though vaccinated people are protected from suffering a serious case of Covid-19 and dying from the virus, they can get infected and can spread the virus,” Enjuanes explained. Spain’s main scientific body is working on self-amplifying RNA-based vaccines which allow for lower doses to be used as the vaccine multiplies by 5,000 once inside the body, creating a type of sterilising immunity that prevents people from falling ill but also from infecting others.

Spanish researchers are also considering making the vaccine’s administration intranasal, which gives greater protection in the respiratory tract, the main gateway for the coronavirus.

This would probably take the form of nasal spray rather than an injection. Similar inoculations are being developed in other countries such as Russia and France.

When will a Spanish Covid vaccine be available?

Despite the work being carried out on the Biofabri-CSIC vaccine, another inoculation being developed by Spanish pharmaceutical company Hipra is expected to be rolled out sooner.

Hipra’s vaccine is based on a recombinant protein that creates a neutralising immune response to the virus and can be kept between 2 and 8 C, making it easier to transport and store.

Spanish Prime Minister Pedro Sánchez visited the Hipra plant in Girona in (Catalonia) in April and gave his government’s backing to the project, with clinical trials estimated to start in June, whereas for the Biofabri-CSIC vaccine these won’t reportedly take place until early 2022.

The Hipra vaccine’s commercialisation is expected to begin towards the end of 2021, and over the course of next year 400 million doses are forecast to be produced.

According to Our World in Data, only 12.5 percent of the global population has received one dose of a Covid-19 vaccine, a figure that’s even smaller in low-income countries: 0.8 percent.

So although Spain may not be one of the countries that has led the way in terms of vaccine development, it can still play an important role in helping to immunise the planet’s 7.7 billion inhabitants.

If you want to read more about Spain’s vaccination campaign, visit our vaccine news section here.