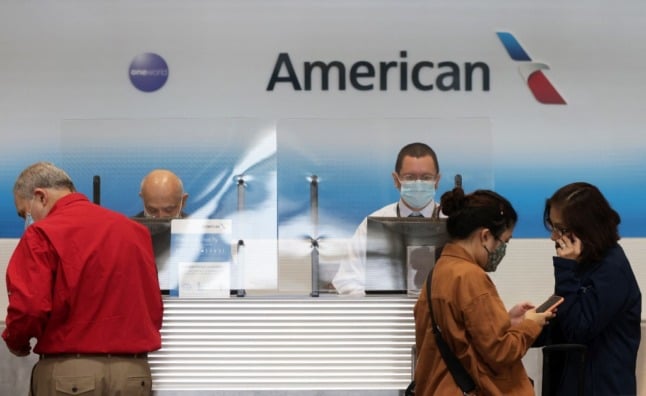 On Monday July 26th, the US moved Spain from being on its “reconsider travel” list (level 3) to “do not travel” (level 4).

The decision by the US State Department and the Centers for Disease Control and Prevention means that Spain is back on the “very high” category highest risk classification for travel.

Does this mean US nationals cannot travel to Spain in July and August?

No, US nationals can still travel to Spain.

In fact, the United States is currently on Spain’s list of non-EU nations which are exempt from all travel restrictions (no need to show proof of vaccination, Covid test, recovery etc), although they do need to fill in a health control form.

However, the CDC does recommend that people in the US “avoid travel to Spain”, even though there is no outright travel ban or quarantine on return requirement.

“If you must travel to Spain, make sure you are fully vaccinated before travel,” writes the medical body which the US State Department collaborates with to determine travel restrictions.

This is an appropriate recommendation for unvaccinated travellers given that Spain’s fortnightly infection rate has grown more than sevenfold in five weeks to the current 702 cases per 100,000 people.

READ ALSO: Spain’s fifth Covid wave – What are the new restrictions in each region in July?

Covid cases have also been rising again in the United States, mainly due to the prevalence of the Delta variant among people who have not been vaccinated despite the wide availability of doses.

It could mean that Spain will take the US off its list of third countries that are exempt from travel restrictions (check for updates under “risk countries/areas here), although fears of dissuading American tourists may lead Spanish authorities to turn a blind eye during the crucial summer season.

If this did occur, American tourists and visitors arriving in Spain would most likely have to show proof of vaccination, a negative Covid test or proof of recovery.

READ MORE: What are the new rules for travel to Spain for all international travellers?

Dozens of other countries around the world are on the US’s ‘do not travel’ list, which you can check here.

Since January 26th 2021, all returning travellers to the US (age 2 and older) are required to present a negative viral Covid test taken within three days prior to departure on their U.S.-bound flight, including those flying from Spain.

“All travellers should have a plan in case they have to extend their stay if they test positive right before leaving Spain,” writes the US Embassy in Spain.

“Since COVID testing is required to enter the United States, there have been many instances where travellers who were planning to depart on scheduled flights have tested positive and have had to remain in Spain longer than originally planned.

“Spanish health authorities will instruct you to isolate/quarantine for a period of time (7 to 10 days minimum) in a local hotel at your own expense.

“The Embassy or Consulate cannot assist you in getting back to the United States earlier than prescribed by Spanish health authorities or provide monetary assistance for any required extended lodging”.

Before you travel to Spain, make sure you double-check the latest information on the websites of the US State Department ,the US Centers for Disease Control and Prevention, and the US Embassy in Spain.

READ MORE: US issues ‘do not travel’ warning for Spain due to rising Delta cases 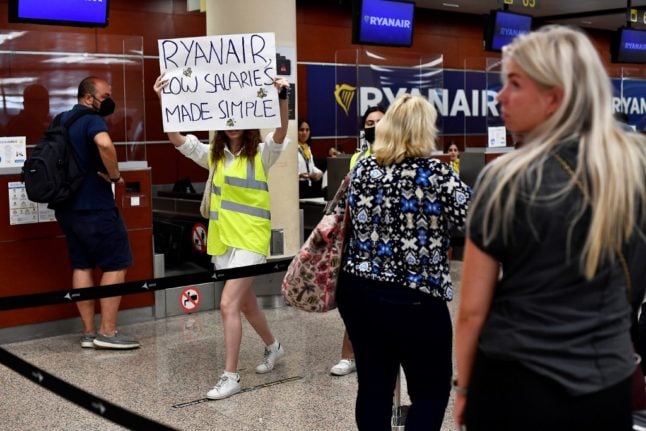 Even though that UK-based Ryanair and EasyJet staff are not on strike, the sheer number of flights between Spain and the UK has meant that thousands of British holidaymakers have already been affected.

Many EasyJet and Ryanair passengers who have already booked flights to and from Spain for July will no doubt want to know with plenty of notice if their flight will be cancelled, something that is impossible to know at this stage.

Ryanair’s management has said it expects “minimal (if any) disruption to its flight schedules in July as a result of minor and poorly- supported Spanish labour strikes”, although if what’s happened over the course of late June and early July is anything to go on, that won’t necessarily be the case. 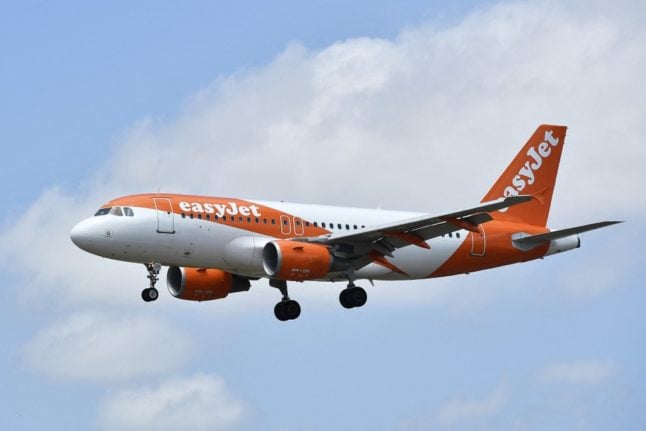 EasyJet has also said it intends to operate all its scheduled flights in July, whilst acknowledging that there could be some delays and other disruption.

For those of you who have booked a Ryanair or Easyjet flight to and/or from Spain for July, or those who are considering doing so, the following is a breakdown of all the scheduled strike days by both airlines for the coming weeks.