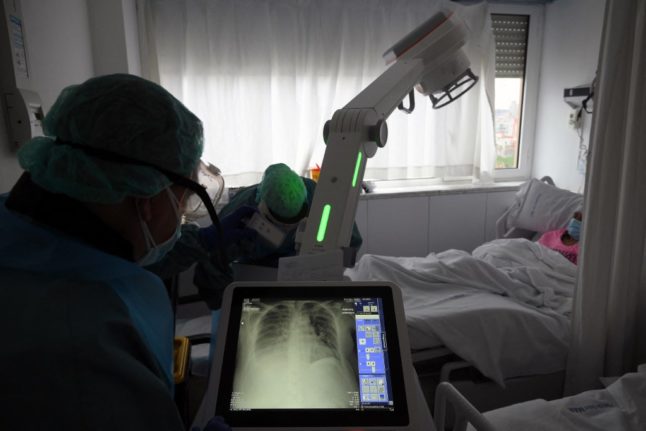 After a suspected Indian strain case in Valencia which has not yet been confirmed, the alarms went off on Thursday April 29th in the coastal northwestern city of Vigo (Galicia), when an outbreak of the coronavirus was detected on board a Singapore-flagged ship whose crew is South Asian.

On Saturday, regional health authorities confirmed that seven crew members were indeed infected with the B.1.617 variant of the coronavirus, the first confirmed cases of the Indian variant in Spain.

The other 18 members of the Prometheus Leader are being kept under quarantine on board the vessel and are receiving constant medical attention.

Have there been any other cases?

Another suspected case was soon after confirmed in the western region of Extremadura, reported to be an international masters student who took part in a course in Madrid where he worked with an Indian student.

Two other B.1.617 cases have also been confirmed in Catalonia on Monday and Spanish health authorities are now studying 3 suspected cases in Bilbao, 13 in Valencia and four in the Canary Islands, all of which are crew members on board ships that have docked at Spanish ports.

That takes the total number of confirmed Indian variant cases in Spain up to ten.

What have Spanish health authorities said?

“The intel does not indicate that we have to worry about it,” Spain’s Emergencies Coordinator Chief Fernando Simón said prior to the confirmed Indian variant cases in Spain, arguing this because the UK variant now makes up 94 percent of all infections in Spain.

Spain decided on April 27th to make all travellers arriving from India undergo a 10-day quarantine to prevent the potential spread of the Asian country’s variant within the Spanish territory. Spain also decided to impose restrictions on travellers from India later than its European counterparts Germany, France, the United Kingdom, Switzerland, the Czech Republic, Italy and the Netherlands.

In the latest update by Spain’s Centre for Health Alerts and Emergencies (CCAES), the Indian variant continues to be classified as “of interest” rather than “of concern”, suggesting that Spanish health authorities believe the arrival of this new strain in Spain doesn’t currently pose a threat to the country’s epidemiological situation.

“There is not enough information to know the impact it could be having on the increase in the infection rate in India,” reads the CCAES document published on Tuesday.

Spanish vaccination and microbiology experts have however called Spanish health authorities to be “on alert” due to the high contagion capacity of this new strain of coronavirus.

What makes the Indian variant different?

The quick transmission of this Covid-19 strainis currently causing havoc in India, with over 400,000 cases a day and more than 3,000 deaths per day for a week.

The B.1.617 variant has been reported in around 17 countries, raising global concerns.

India on Friday posted another record daily rise in coronavirus cases with 386,452 new infections, while deaths from Covid-19 jumped by 3,498 over the last 24 hours, according to Indian health ministry data.

Experts however warn the real figures in the world’s second-most populous country, with a population of 1.3 billion, are much higher than the official data.

According to the World Health Organization (WHO), the predominant lineage of B.1.617 was first identified in India last December, although an earlier version was spotted in October 2020.

The WHO has described it as a “variant of interest”, suggesting it may have mutations that would make the virus more transmissible, cause more severe disease or evade vaccine immunity.

Other strains with known risks, such as those first detected in the UK, Brazil and South Africa, have been categorised as “variants of concern,” a higher threat level.