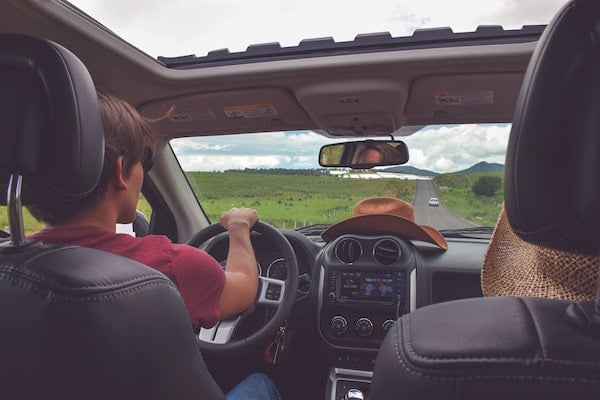 UPDATE: On May 27th, the UK Embassy in Madrid announced that British drivers who registered their details to exchange their UK driving licences for Spanish ones before the end of last year will get an extra six months in which to carry out the swap until December 31st 2021.But what does the extension not cover for British drivers? FIND OUT MORE HERE

As things stand, UK nationals who are Spanish residents will be allowed to drive in Spain with a valid UK driving licence until June 30th 2021.

It’s the same for drivers with licences from other non-EU/EEA nations, who can drive in Spain with their original licences for a period of six months after obtaining residency.

This means that as of June 30th, your UK driving licence will no longer be recognised here and you will not be authorised to drive.

UPDATE: The Spanish government on May 22nd announced it would extend the validity of UK driving licences in Spain post Brexit until October 31st 2021 rather than the previous deadline of June 30th. FIND OUT MORE HERE

If you want to exchange your UK licence for a Spanish one, you need to have registered your intent to do so with the Spanish Traffic Authority (DGT) before December 31st 2020.

READ ALSO: How residency hold-ups could mean many Brits in Spain need to sit their driving test again

“The UK and Spain are currently in discussion about an exchange process, longer term,” – Regional Consular Policy Adviser at the British Embassy in Madrid Lorna Geddie said during a recent Q&A.

“The UK government is in discussion with the Spanish government on future driving licence exchange without the need for a practical test,” the UK Embassy in Spain also stated in a Facebook post published on April 8th.

So those with UK driving licences might be able to exchange their licences in the future without having to resit the Spanish driving exam. As nothing in place yet though, read on to find out what you should keep in mind for now.

The British government website states that it has offered EU driving licence holders the possibility of continuing to drive in the UK without the need to exchange their licences for British ones.

“You can drive in Great Britain until you’re 70. If you’re 67 or over when you become resident, you can drive for 3 years. After this time you must exchange your licence. You do not have to retake your test,” reads the British government website.

Whether this will be reciprocal with Spain will likely be decided in the coming weeks or months.

What if I registered with the DGT before the end of last year, but haven’t been given my new licence yet?

If you were resident in Spain before January 1st 2021 and registered with the DGT before December 31st 2020, but haven’t yet been given your new Spanish licence or managed to get an appointment to exchange it, then there is still time.

You must, however, request an appointment with the DGT to exchange your UK driving licence by December 31st 2021 (new date following extension), otherwise, it will be too late.

Follow this link to get an appointment and fill out your application form. It will also explain the exchanging process in more detail.

Here are the documents you’ll need to take to your appointment:

Once everything has been processed you will receive a temporary driving permit from the DGT, so that you can drive while you’re waiting for the actual licence. The temporary permit is only valid in Spain and will not permit you to drive elsewhere. For this, you will have to wait for your actual licence.

What happens if I don’t register my intent to exchange my licence before December 31st 2020?

If you did not register your intent for a licence exchange with the DGT before December 31st 2020 and want to continue driving in Spain past that deadline, you will need to get a Spanish driving licence.

As Spain and the UK currently don’t have any bilateral agreements on exchanging driving licences, unless you were a resident before Brexit kicked in on January 1st 2021, you will have to take a Spanish driving test in order to continue driving here past June 30th.

You will follow the same process as non-EU nationals. This means taking both the theoretical and practical driving test. The theory test can be taken in English and several other languages, although some people complain that the translations are not done well and that some of the questions don’t make a lot of sense. People who have taken it recommend taking mock tests to get used to the questions.

The practical part of the test unfortunately can’t be taken in English. Your examiner will do the basic commands in Spanish, so you’ll need to have a good enough level of Spanish to be able to understand them.

This article goes into the subject in more detail and also includes information from several of Spain’s English-speaking driving schools.

According to the British Embassy in Spain, the UK government is currently in discussion with the Spanish government on setting up a bilateral agreement, so that in the future Brits will be able to exchange their licence without having to re-sit their driving exam.

Can I still drive back in the UK with my Spanish licence?

Yes, if you are going back to the UK for short visits or for holidays, then you can use your Spanish licence to drive in the UK. You won’t need to exchange it back to a UK one, unless you move back there.

If you move back to the UK will be able to drive there on your Spanish licence for up to three years, after which you’ll have to change it back to a UK one. This means just filling out a form and paying a fee, but you will not have to re-sit your test.