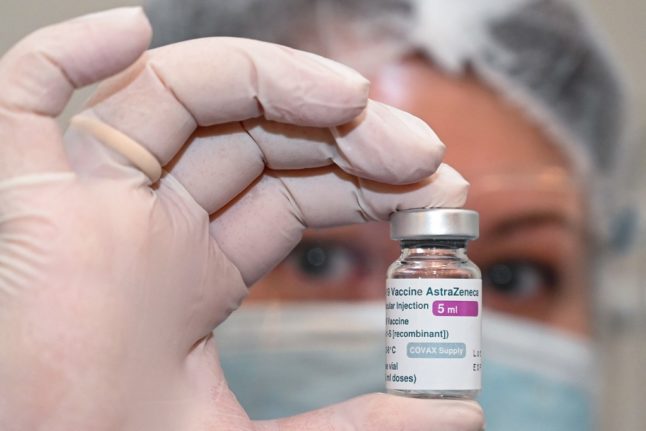 The regional governments of Andalusia, Catalonia, Castilla y León and the Canary Islands were the first to take vials belonging to the AstraZeneca batch under investigation off their vaccination plans on Friday, followed by Valencia and Asturias over the weekend.

This comes after a recent review from Norway’s medical agency that reported four new cases of “serious blood clotting in adults”, leading Norway, Denmark, the Netherlands and Ireland to temporarily halt their AstraZeneca vaccine rollout altogether over fears it could cause deep vein thrombosis, pulmonary embolism and blood clotting among its populations.

Norway has said it cannot be sure the cases of blood clotting can be linked to the vaccine, but health authorities are investigating.

The governments of Italy, Austria, Latvia, Luxembourg, Estonia and Lithuania have also suspended inoculations from the ABV5300 batch.

Around 228,000 doses from this batch reportedly arrived in Spain in mid-February, several thousand of which have now been set aside across different regions while the European Medicines Agency (EMA) carries out its investigation, who have so far said there is “no indication that the vaccine caused these conditions”.

The ABV5300 vials number one million and were sent to 17 countries.

Spanish Health Minister Carolina Darias on Saturday explained that Spain’s vials of batch ABV5300 were distributed in mid-February and had already been administered to the population.

“That batch doesn’t exist anymore,” Darias stressed, although regional authorities who’ve halted vaccinations of the batch under EU investigation have corrected the national health official and said they still had plenty of ABV5300 doses in stock.

READ MORE: How is Spain’s vaccine campaign going in each region?

There are no cases of serious blood clotting in adults who have received the AstraZeneca vaccine in Spain, Darias stated.

The news comes as doctors in Spain were putting pressure on the government to offer the AstraZeneca vaccine to an older population group, arguing that the 60-79 age group is currently in ‘vaccine limbo’, since the Pfizer/Moderna doses are for over 80s and AstraZeneca ones for those under 56.

Spanish Minister of Finance and Government spokesperson María Jesús Montero has for her part conveyed a message of “security” and “absolute tranquility” to Spanish citizens regarding the AstraZeneca vaccine, telling journalists on Friday that “all adverse reactions are being monitored since the beginning of the vaccination campaign.”

How have other countries reacted to the news?

A growing list of countries have suspended AstraZeneca’s Covid-19 shots amid fears over blood clots and other possible side effects, despite the company and the World Health Organization insisting there is no risk.

Denmark is the first country on March 11th to say it will suspend use of the AstraZeneca vaccine as a precautionary measure over fears of blood clots in vaccinated people.

Iceland and Norway follow the same day, temporarily suspending use of all their supply of the vaccine citing similar concerns.

AstraZeneca, an Anglo-Swedish company which developed the vaccine with Oxford University, defends the safety of its product.

Bulgaria suspends the use of the vaccine on March 12th as it investigates the death of a woman with several underlying conditions who received the jab in the past week.

An initial probe suggested the woman died from heart failure and an autopsy found no link with the vaccination.

Thailand abruptly delays the start of its rollout of the vaccine the same day, joined by the Democratic Republic of Congo.

On Saturday Norwegian health officials report three more cases of blood clots or brain haemorrhages in younger people who received the jab, but say they can not yet say they were vaccine-related.

The next day Ireland and the Netherlands join the list of countries temporarily deferring the use of the vaccine.

Austria announces on March 8th that it has stopped administering a batch of the vaccine following the death of a 49-year-old nurse from “severe bleeding disorders” days after receiving it.

Estonia, Lithuania, Latvia and Luxembourg also suspend the use of doses from the same batch, which has been delivered to 17 countries and included one million vaccines.

Italy’s medicines regulator on March 11th also bans the use of a batch as a precaution, triggering a similar decision from Romania.

And on March 14th Italy’s northern Piedmont region suspends use of the vaccine after the death of a teacher who had received it the day before.