A fast and effective vaccine campaign in the UK will result in a surge in sales of luxury properties in Spain, a new study by Rightmove suggests.

It may seem like a far-fetched conclusion but recent news developments suggest that when confidence rises in the UK, Spain profits from it.

Only last Monday we saw how Boris Johnson’s announcement that UK nationals would potentially be allowed to fly abroad on May 17 led to a surge in holiday and flight bookings to Spain, as high as 630 percent in Easyjet’s case.

A new study by British property portal Rightmove, together with Spanish consultancy firm Arum Group, points to another spike in spending in Spain as a result of good news in the UK.

The interest in luxury Spanish properties by British buyers has stayed high during the pandemic but paused as a result of the restrictions on travel and mobility, surveys conducted as part of the study found.

Lockdowns and travel restrictions, including the ongoing ban on non-Spanish resident UK nationals wanting to travel to Spain (currently until March 16), are what’s prevented 72 percent of luxury property operations from being closed, according to Rachel Beaton, Head of Overseas & Commercial Operations for Rightmove.

“The forecasts are that by May 9 the UK’s main priority groups (people over 50 years old) may be vaccinated and during the summer and until September the entire adult population of the country will be vaccinated,” Beaton said in reference to when business could take off again, adding that Spain’s luxury real estate sector must be prepared as clients “will seek to act quickly”.

The UK has currently given 25 vaccine doses per 100 people, the third highest rate in the world after Israel and the UAE, whereas Spain is in 8th position globally with 6.2 vaccines per 100 people.

“The movers and shakers of Spain and Britain’s property market will be paying careful attention to how both countries’ vaccination campaigns are going over the coming months,” Abellán concluded.

On Wednesday February 24, it was reported that one of the most expensive properties in Spain, a villa in the upmarket Sierra Blanca area of Marbella in southern Spain, was sold for approximately €40 million.

RANKED: The most expensive places to buy or rent in Spain in 2021

While those kinds of prices are in a league of their own, it certainly suggests that Spain’s luxury property market is far from dead.

According to the study, the average buyer profile of British nationals looking for ‘propiedades de lujo’ in Spain are male (62 percent), over the age of 55 (68 percent), still working (64 percent) but looking for a property to enjoy the Spanish lifestyle (49 percent) or retire here (45 percent).

Forty-four percent of people surveyed wanted the property as a second home to enjoy during holiday periods, which suggests that there may not be so much interest in becoming residents in Spain for these British buyers, even though Brexit limits their stays in Spain to 90 days out of 180.

“They’re buyers with cash, without chains, and with a high degree of preparation”.

There is no indication to suggest whether Brexit was factored into the study.

The uncertainty surrounding the residency and health care requirements that Brits in Spain have to deal with as non-EU nationals has been around since the vote in 2016, but the interest in buying a home and spending time in Spain remains high.

BREXIT: What worries British second home owners most about Brexit 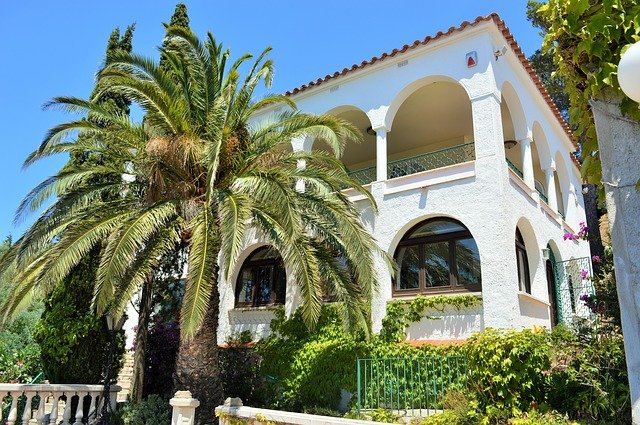 The study found that 48 percent of prospective UK luxury buyers in Europe had Spain as their number one choice, followed by France (31 percent), Portugal (18 percent) and Italy (12 percent).

The most evident recent setback Brexit has brought to British property buyers in Spain is the need to get a permit from the military if the property falls within their designated zones, an outdated measure which applies to non-EU nationals.

Property in Spain: What we know about need for military permits for British buyers after Brexit

There are also tax changes British buyers will have to deal with due to their new status, but there is hope among existing UK second home owners in Spain that a bilateral agreement between both countries will mean excess paperwork and strict stay times will be waived at some point.

The number of British nationals who own a home in Spain is currently estimated at anywhere between 800,000 and 1,000,000, many of whom already spend only limited periods of time on Spanish soil during the winter months.