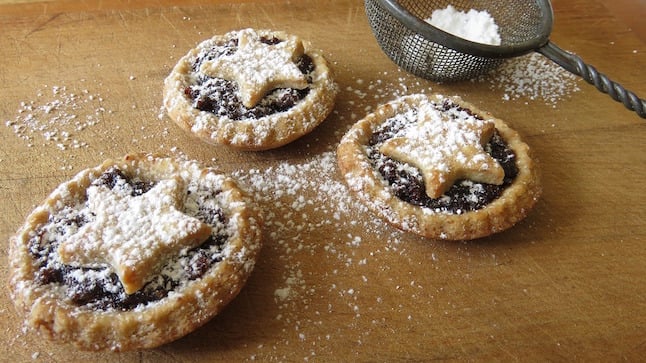 Where to buy mince pies and other British Christmas treats in Spain. Photo: bluemorphos / Pixabay

While Covid-19 is still making travel somewhat tricky this year, many foreigners will be staying in Spain for the festive Christmas period, instead of going back to their home countries to spend time with family.

While it may mean missing friends and family, it doesn’t necessarily have to mean missing out on the things that make it feel like a traditional Christmas. Mince pies, Christmas puddings and crackers can be a little tricky to find in some places in Spain, but it’s not impossible.

Those that are going back for Christmas may find that as a result of Brexit, they can’t bring their usual treats back with them such as chocolates, sweets, fudge and custard.

This is because of the EU’s strict customs rules, meaning that imports of animal-derived products brought from outside of the common market are banned or strictly controlled, including anything containing milk, cream, gelatine and the suet you find in your mince pies.

READ ALSO: Christmas travel between Spain and the UK: What can I not pack in my suitcase?

The Local’s Esme Fox has scoured the country to find the best places to source your British Christmas treats, for those who can’t bring it back with them or who don’t feel quite up to the task of making it all from scratch!

READ ALSO – KEY POINTS: What are the new Covid travel rules between Spain and the UK?

Overseas Supermarkets stock a range of different British products, including many from Iceland and Waitrose. They have branches across the Costa del Sol, the Costa Blanca, Alicante, the Canary Islands, Ibiza, Murcia and Almeria. They sell British Christmas stapes including mince pies, Christmas pudding, ginger sponge pudding and Christmas cake, among others.

The Food Co. a chain of British supermarkets that opened its doors across Spain in 2019, and have branches in Puerto de Mazarrón, Ibiza, Mijas and Ciudad Quesada in Alicante. They sell mostly Tesco-branded products, as well as other much-loved British treats.

Taste of America stores can be found in many of the major cities in Spain including Madrid, Barcelona, Sevilla and Valencia. While they stock mainly American holiday treats such as candy canes and cranberry sauce, they do sometimes sell British items too. The gourmet food section of El Corte Ingles is always a good place to look when searching for anything out of the ordinary that you can’t find in the regular supermarkets here. You should be able to find a selection of mince pies and they sometimes stock Christmas crackers too.

Dealz, which is similar to a Poundland-type shop also often sells British favourites and can be found in Madrid, Valencia, Malaga, Alicante, and various towns on the Costa del Sol.

While it’s easy to make your own mulled wine, if you want to buy it instead, both Ikea and Lidl have good alternatives. Ikea sells the Swedish version called glogg, while Lidl has the traditional German glühwein. Lidl also has a great selection of German and Italian Christmas treats in case you’re missing those too, from gingerbread biscuits to panettone.

If you’re spending the holidays in Barcelona, the best place to pick up your traditional British Christmas fair is A Taste of Home supermarket, which also has branches just down the coast in Sitges and in Cubelles. They stock everything from Christmas crackers and Christmas puddings to brandy sauce, stuffing mix and chocolate selection boxes. Find out where you can buy your Christmas puddings in Spain. Photo: Matt Seymour / Unsplash

Andalusia is one of the easiest regions in Spain to source any British products, including Christmas ones, due to the number of Brits living there and the international shops and supermarkets.

As well as the Overseas stockists of Iceland and Waitrose and the new Food Co. there are Marks & Spencer stores in Marbella and Malaga. Overseas Supermarkets can be found in Puerto Banus, Mijas and Pueblo Nuevo, among others.

While a few years ago there used to be several British shops in Madrid, the Covid-19 pandemic seemed to put an end to most of them. Luckily, Living in London has reopened and continues to sell a range of Christmas puddings, mince pies, cranberry sauce, jars of brandy butter, and biscuits.

Americans in Madrid may want to check out Yummy Planet, which sells a whole range of imported goods, from cherry and apple pie filling to candy and cake and cookie mixes.

Go for the Spanish experience!

Spain of course has its own Christmas traditions and this being Spain, food is at the very heart of it. Don’t miss out on trying seasonal treats such as Roscón de Reyes cake, turrón, polvorónes and so much more! 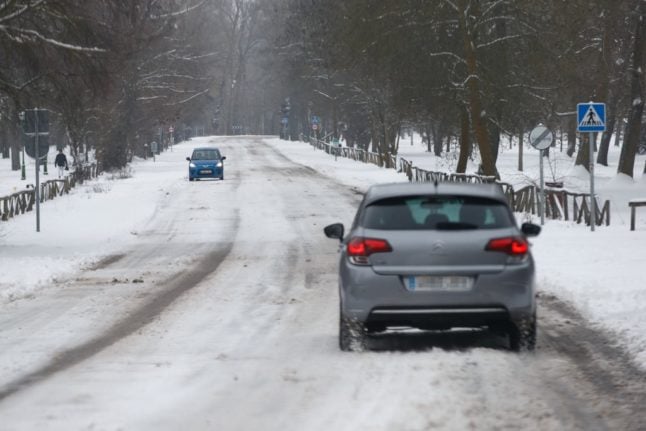 WEATHER
Winter is here: Spain braced for icy blast and snowfall over puente 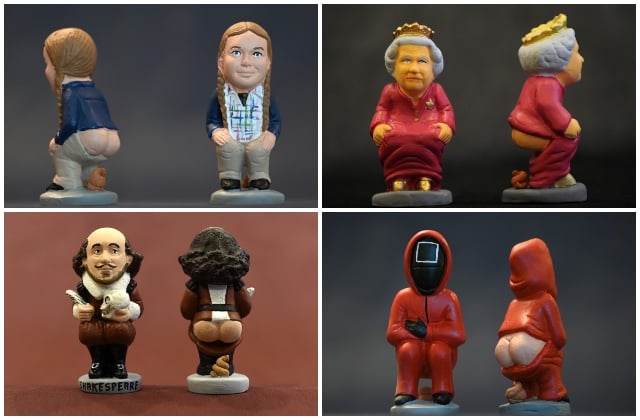 WEATHER
Winter is here: Spain braced for icy blast and snowfall over puente

CHRISTMAS
Why Spain’s Catalonia celebrates Christmas with someone having a poo
Url copied to clipboard!