The proposal, it was thought, would come as part of the Democratic Memory bill, new legislation that aims to properly address the historical legacies of both the Civil War and the Franco regime more broadly.

Yet when details of the draft bill were published, it appears that the proposal does not stretch to descendants, and includes only the International Brigade veterans themselves.

The misunderstanding stemmed from comments made by Pablo Iglesias.

Tweeting last week, the Podemos leader and Deputy Prime Minister Pablo claimed that: “The descendants of the members of the International Brigades who fought for freedom and against fascism in Spain will be eligible for Spanish nationality. It was time for this government to say to these heroes and heroines of democracy: thank you for coming.”

Between 1936 and 1939 some 35,000 international volunteers, including around 2,500 Brits, fought in the International Brigade during the Civil War. One such man was James Robert Jump, a Merseyside man who spent fourteen months in the British Battalion and fought in the pivotal Battle of Ebro in the summer of 1938.

His son, Jim Jump, is Chair of the International Brigade Memorial Trust and spoke to The Local about the confusion.

Mr. Jump, who already has Spanish citizenship due to the fact that his mother, a Republican exile, was Spanish, explained that while the Trust was initially delighted to hear the proposal, it soon became clear that descendants would not actually be offered citizenship as Iglesias had implied.

“Everybody got very excited, and then by the end of the day the official government spokesman apparently said no,” he explained.

This was confirmed when detail of the bill was later released. “The draft bill was published, and it was quite clear that the offer of citizenship would only apply to the veterans themselves,” he said.

Mr. Jump noted that there aren’t many, if any, International Brigade veterans alive to take up the offer, something they had already been offered as part of the previous 2007 Historical Memory law anyway.

Although the recognition is of course welcome, Mr. Jump said that “the offer of citizenship to the veterans is at best symbolic if not meaningless because there’s nobody left alive.”

The Democratic Memory bill is not Spain’s first legislative attempt to address its complicated historical legacies, and builds upon the existing Historical Memory Law from 2007. The original bill was extremely controversial, one of the most fiercely debated bills in the House of Deputies in recent years, was vetoed by PP and is still, to this day, used to attack PSOE, the party that brought the bill to the floor.

Upon becoming PP leader in 2018, Pablo Casado claimed that they “they [PSOE] are a bunch of mossbacks who are stuck in their grandfather’s war and constantly going on about this grave or that.”

Another PP Senator, Javier Maroto, claimed last week that the government was using the bill to distract from what he termed “its mismanagement and its lies” during the Covid-19 crisis.

The right’s opposition to historical legacy legislation, both back in 2007 and now, is born from three main criticisms: that it unnecessarily divides Spanish society,  is an attempt to “to rewrite history”, and that the legislation represents the “annihilation of the Transition.”

PP have not indicated how they will vote on the bill, but there is one major difference between the original debates and the Democratic Memory bill proposed this week.

Opposition during the original Congressional debates in 2006 came from PP and the Catalan Republican Party (ERC), although for very different reasons, whereas the far-right nationalist party Vox has since been founded and gained electoral tract, now the third largest party in the House of Deputies and boasting 52 representatives there.

Yet Civil War nostalgia is not only a political tactic of the left. Similarly to PSOE and Podemos, invoking the legacies and language of the Civil War is a tactic Vox have also used.

Last week, Vox leader Santiago Abascal raised eyebrows during the first question time since the summer recess when he made comments reminiscent of a phrase often used by Franco supporters during the transition.

Speaking in the lower house, Abascal claimed that Pedro Sanchez “head[s] the worst government in 80 years.”

The comment was so unexpected that many in the chamber, even more conservative representatives, turned to Abascal in shock. Sanchez reportedly thought the comment was a mistake,  or poorly phrased slip of the tongue, but after Abascal later doubled down on Twitter, it is difficult not to sense the similarities with the old Francoist phrase: “Life was better under Franco.”

The comment comes amid constant attacks from the right throughout the COVID-19 crisis, with both PP and Vox being vocally critical of the government coalition’s pandemic response, and Abascal’s choice of language, and time specific comment, was clearly intended to invoke memories of Franco.

The citizenship offer to International Bridge fighters is just one element in a far reaching bill that aims to address Spain’s complicated past. More broadly, the Democratic Memory bill proposes making the Francisco Franco Association illegal, voiding Francoist trials, and the establishment of a national DNA bank to assist the exhumation of victims from mass graves.

The bill also addresses education, modifying the way in which Francoism will be taught in Spanish schools. United Nations Special Rapporteur Pablo de Greiff noted recently of Spanish schooling that the history curriculum, in its present from, teaches the Civil War “in generic terms, perpetuating the notion of symmetric responsibility.”

Unlike the 2007 bill, this proposed bill includes steep sanctions of up to €150,000 for violations of the legislation. It remains to be seen how much opposition PP and Vox can rally in the coming weeks, and the extent to which the bill will be used as a political tool to weaken the government amid both the COVID-19 crisis and upcoming budget proposals.

Jump is hopeful that the bill, and Iglesias’ comments, will generate awareness around the role of International Brigade volunteers during the Civil War, stimulate debate more broadly around Spain’s historical legacies, and perhaps aid in reaching the political consensus necessary in order to properly address them.

Civil War memory and language still looms omnipresent over Spanish politics and society, a litmus test of political ideals that informs contemporary policy debates and will likely rumble on in the Spanish congress for some months. 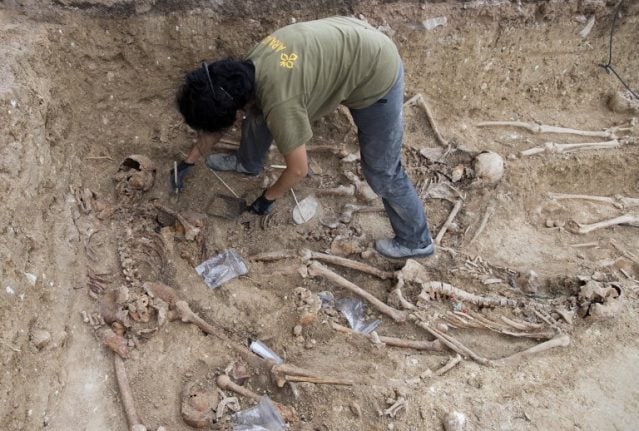 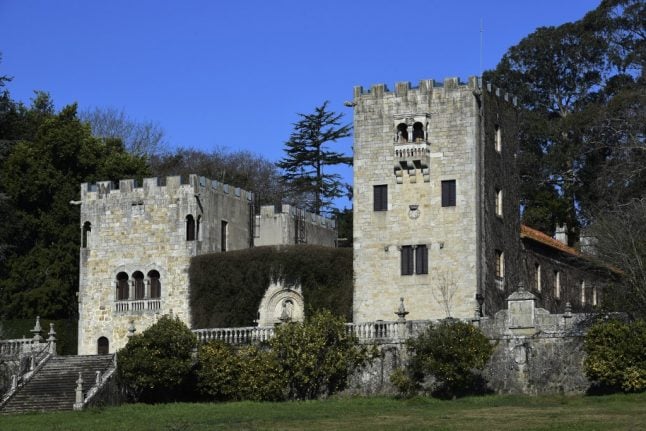 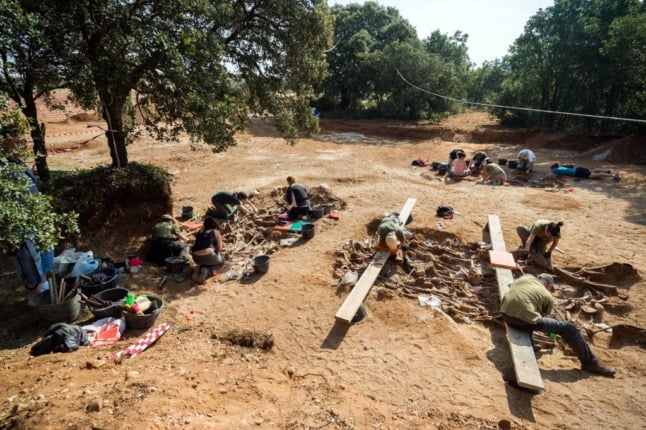