One of the highlights of moving to a new country is immersing yourself in a new culture and Spain certainly does things differently when it comes to eating and drinking.

Food is at the very centre of Spanish culture and is taken pretty seriously. It is ever present when socializing, from small talk over an apertivo to great feasts on important family occasions.

Business deals are sealed over meals, family problems talked over and friendships are strengthened.

Here are just some of the ways your dining habits will be challenged in Spain. 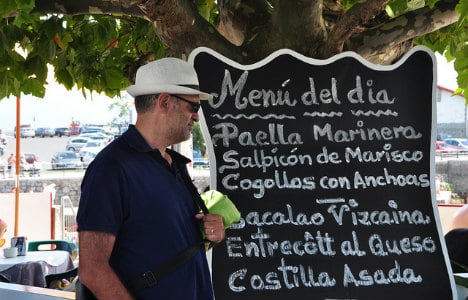 It may not be as usual as it once was to take at least a two-hour lunch during the working week but lunch is still considered the most important meal of the day in Spain and it cannot be hurried.

The practice of grabbing a sandwich and eating at your desk is still a rarity in Spanish offices and the culture of Menu del Dia is still going strong.

But it is during weekends and holidays that the Spanish art of lunching really comes into its own and can last much of the afternoon. 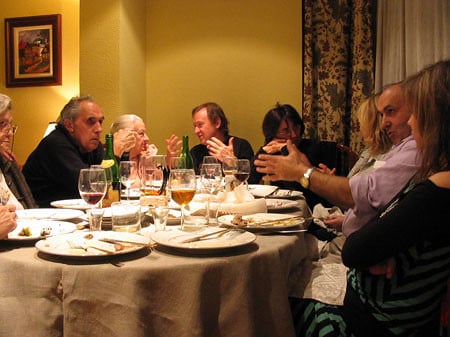 A good meal should include a long leisurely chat long after the plates are cleared.

Two hours after you first sit down it is not uncommon to be still seated at the table enjoying a sobremesa – the word describing the postprandial chat with your family members, friends or work colleagues.

When it comes to taking a packed lunch to work, forget about transporting in limp sandwiches and a packet of crips. In Spain, homecooked meals are conjured out of “tuppers” – short for “Tupperware”- and most offices will nowadays have a kitchen area complete with fridge and microwave to store them and then heat them up. 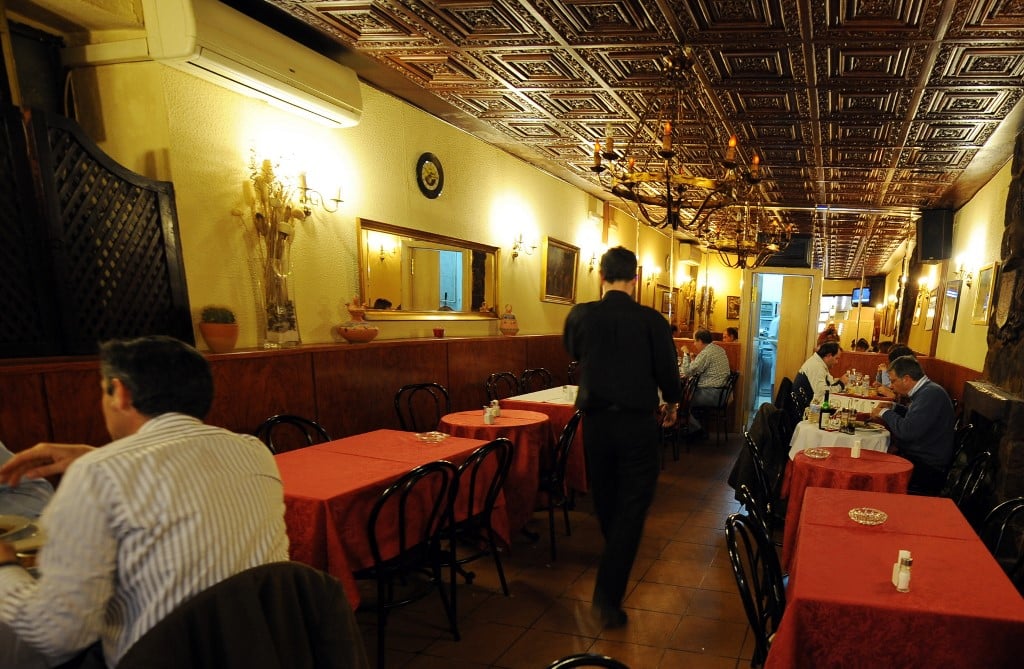 Go to dinner too early and chances are you'll be in the only one in the restaurant.  Photo: AFP

Ok, everyone knows this one, but it is true. After living in Spain, the eating times in the UK, USA and practically everywhere else on the planet seem far too early. Spaniards typically eat lunch between two and four and don´t even think about dinner until around 9pm, unless you want to dine with the other guiris.

It does make going home to your mother´s 6pm dinner, a little bit tricky once you're used to the Spanish style. 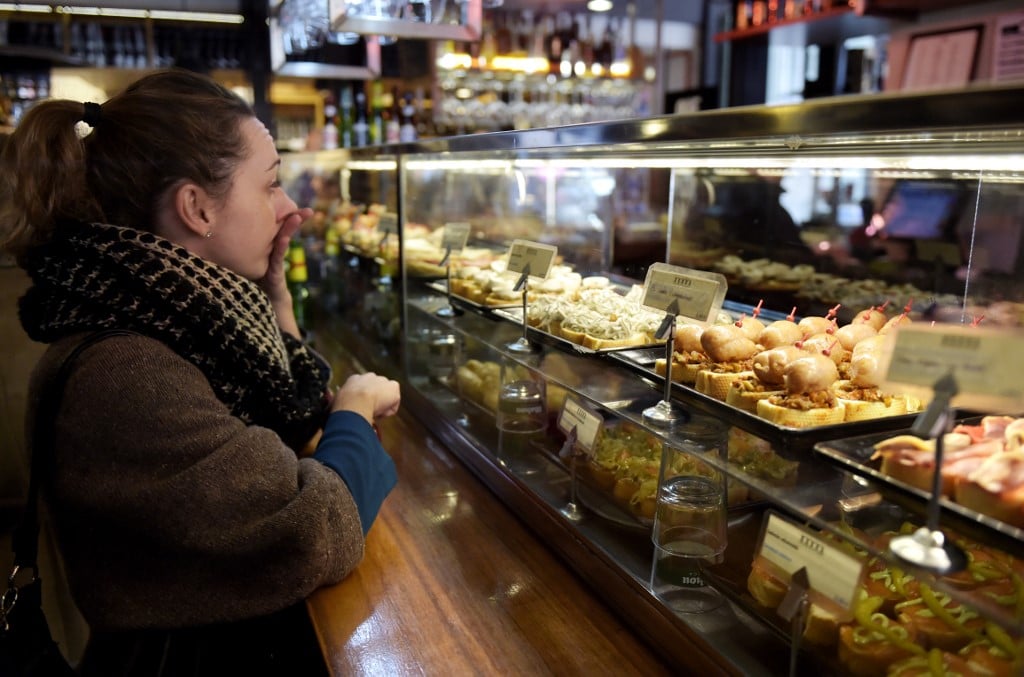 In Spain, there is only one way to enjoy tapas and that is standing up and, if possible, crammed like sardines into a tiny bar. You can tell the good tapas bars by how packed they are, condensation on the windows and people spilling out of the door onto the streets. After living in Spain you'll have sharpened your elbows enough to push through the crowds to the bar as well as any Spaniard. And you'll be comfortable tossing your olive stones, prawn heads and paper napkins onto the floor.

Spain is all about seasonal fruit and veg, often grown on the family allotment (huerta), and cooked from fresh. But don't expect a plate of meat accompanied by two veg. Vegetables are considered a dish on their own merit so it's typical to order a plate of broad beans, or some grilled mushrooms, as a starter.

A good cut of meat might only be accompanied by a pepper or two. 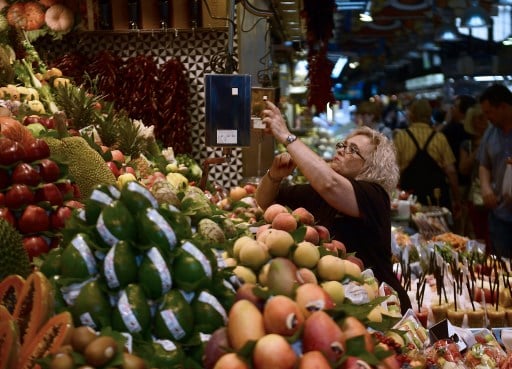 Although it's tempting to shop at the vast hypermarkets on the outskirts of town or pop into the local supermarket Express that have appeared on every other block across Spanish cities, follow in the footsteps of the neighbourhood ‘abuelas' and visit the local market to buy your fresh produce.

Meat and fish are often locally sourced and come with valuable advice from vendors on how best to cook them. The green grocers and butchers will often through in a freebie for regular customers and once your face is known you'll be met with a cheery greeting.

In this way the weekly food shop becomes a social event, essential for integrating in the community and getting to know your neighbours.

Maybe you used to insist on having your steak well done back home, but Spanish chefs wouldn't do such a thing to their prized cuts of prime beef. Asking them to might cause serious offence. But once you get used to having your steak cooked “properly”  – al punto – (pink in the middle, at the very least) you'll never be able to go back. 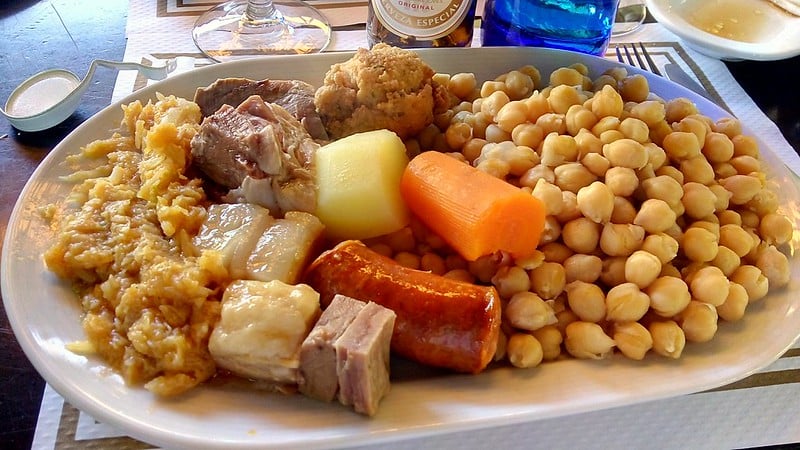 Whether it's a cocido madrileño, an Asturian fabada or a Catalan escudella y carn d'olla tripe is very much a firm favourite in Spain. These hearty stews with added blood sausage, tripe and fatty cuts may sound unappealing but there are few better belly-busting dishes to get you through a cold winter's day.

All the parts of the animals are eaten, from tasty fried pig ears to lamb kidneys and sheep brains.

Tapas is traditionally served on a slice of bread and a basket of bread is always served with a meal. It is used to mop up rich sauces and stews, as a tool to slide a piece of meat onto a fork, and to accompany cheese and embutidos.

The traditional 'barra' is collected each morning and won't last beyond the day.

But  in country where bread is so ubigitious don't expect to find a decent sandwich.  Traditional bocadillos come with one or maximum two ingredients only and can be quite dry. Favourites are tortilla or calamari sandwiches.

And you'll have to live without butter as it is almost never served.

The enigma of breakfast 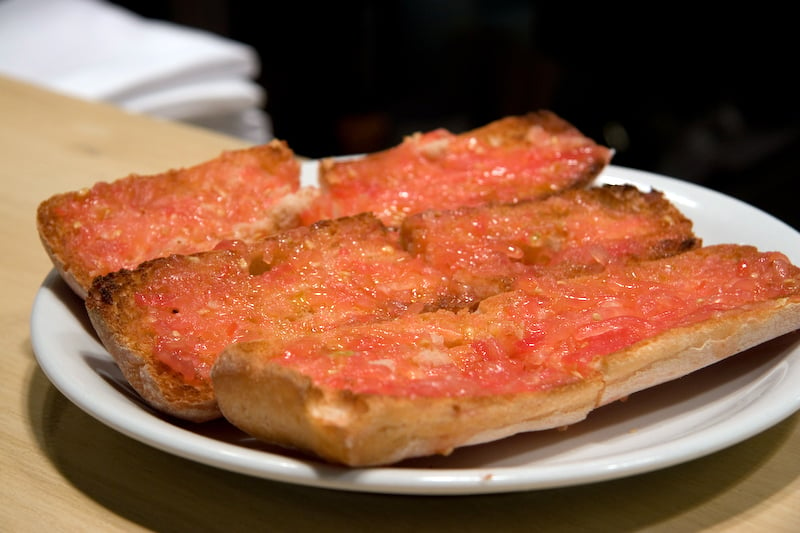 Breakfast in Spain is most definitely not considered “the most important meal of the day”.  It most often consists of an overly sweet dish and an over-sugared coffee washed down with a freshly squeezed orange juice.

Donuts, glazed croissants or even churros all form part of the typical breakfast fare but one of the delights of Spanish breakfast is toast spread with olive oil and chopped tomato.

Spanish workers often pop out for a second breakfast at 11am when coffee and a pincho de tortilla is perfectly acceptable.

Spanish cuisine is not for those who have a hankering for spice. You’ll find little in the way of spicy flavours in traditional Spanish dishes apart from a mildly piquante salsa on patatas bravas or if you are luckily enough to hit the lottery with a rare hot one in your plate of pimentos de padron.

Despite its empire building, Spain didn’t bring spice back from the colonies and introduce to its own traditional recipes. So if you crave spice you’ll have to seek it out at a Mexican, Indian or Korean eatery. 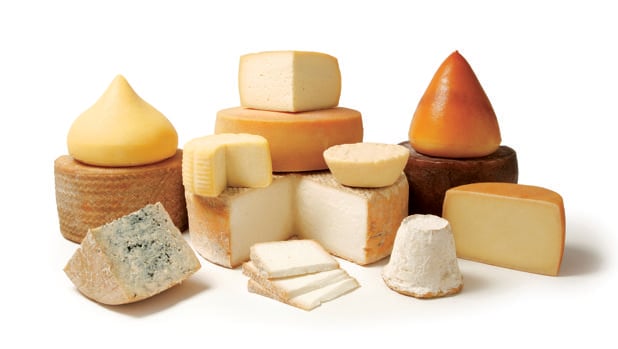 Stock image of a cheese : Photo: Spanish Ministry of Agriculture

Spain may be more famous internationally for its jamon than its queso but there is a huge and delicious choice of cheeses in Spain that stretch far beyond manchego and can give neighbouring France a run for its money.

Say CHEESE! These are the 15 best Spanish quesos 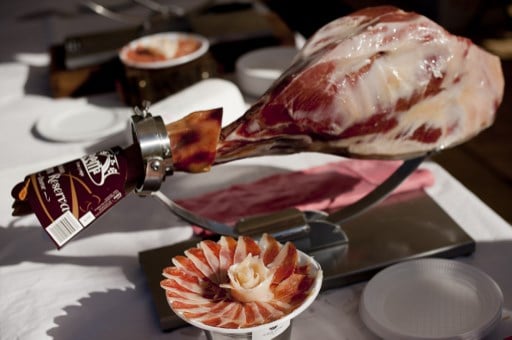 As any visitor to Spain will know, jamon is so admired that it is practically the de-facto national dish.
Whether you are served a few thin slices as a tapa alongside a lunch-time caña or choose to dig deep for a racion of the Gran Reserva Jamon Iberico de Bellota, there is no avoiding the porcine product.
You'll find pungent legs hanging above bars and on counters with trotter extended. It is sprinkled liberally on salads, added to vegetable dishes, and served up with a swagger at posh cocktail parties.
The Spanish swear that it has heath benefits and with Spain enjoying the longest life expectancy in Europe, who can argue with that? 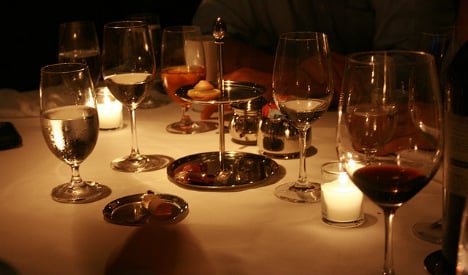 Although Spain is full of bars and drinking alcohol is very much part of everyday culture, there isn't the same culture of binge drinking that exists in northern European countries such as Britain, where it's not unusual to find a seat in a pub after work on a Friday and stagger out at closing time with only a packet of salt'n'vinegar or a bag of roasted peanuts as sustenance.

Ordering a pint instead of the more usual ‘caña' raises eyebrows in the expectation that the drinker is on a ‘bender'.  Tapas is considered an accompaniment to drinking and the phrase “eating is cheating” most definitely doesn't apply.

The Spanish night out involves touring a number of different venues over the course of an evening, it's all about the socializing rather than the alcohol consumption.

The social art of aperitivo 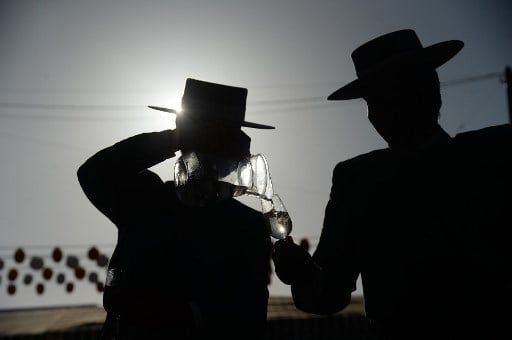 This pre-lunch routine is an essential weekend activity. It involves a glass of something cold – vermouth, sherry or an ice-cold caña – accompanied by a salty snack such as green olives or roasted almonds and is always enjoyed with friends and laughter.

For wine-buffs it might sound like the ultimate sin. But if you spend a while in Spain then at some point you will inevitably find yourself with a large glass of Calimocho (Kalimotxo in Basque).

You'll find students drinking it at 'botellons' all year round but it is the ultimate refreshing drink for those summer festivals in the pueblo.

Popular at Basque festivals and the drink of choice at the famous San Fermin running of the bulls festival, it is usually served over ice in big plastic cups known in Spanish as ‘maxi'.

The mix of (cheap) red wine and coca-cola is the perfect pick me up, providing a caffeine boost alongside the alcohol intake.

And finally… Never ever put chorizo in paella 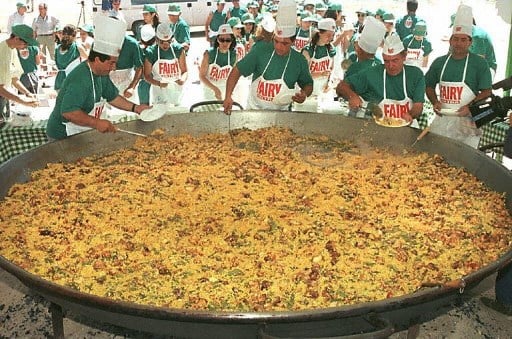 If there is one lesson to learn when in Spain, it's don't be mess with traditional dishes. When Jamie Oliver came up with a recipe for paella that included chorizo, it practically caused a diplomatic incident in Spain.

Spain has some of the best chefs in the world, known for their inventiveness and innovation but be warned, if you mess with traditions, do it safely within your home and don't tell your Spanish friends about it!