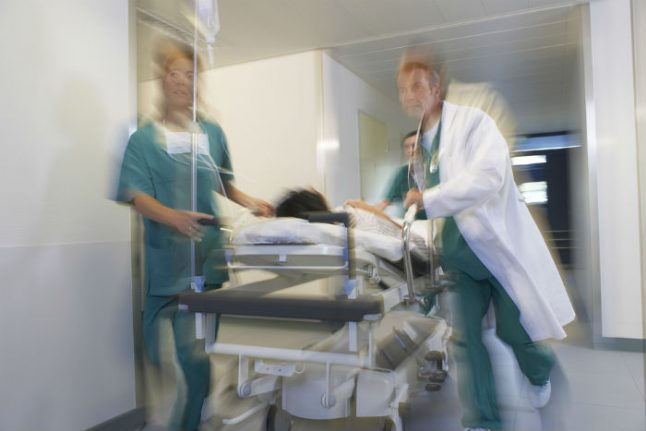 Since the referendum in 2016, healthcare for Brits in Spain has been a much-discussed topic. Many British residents worry about losing their existing ‘free’ cover, despite frequent reassurances from both the British and Spanish governments that our rights will be protected.

With the NHS reportedly the key issue for British voters in the forthcoming election, the state of the British health service is much-covered in the British media. For many years, world-wide nations have envied the standard healthcare provided by Britain. The NHS has been held up as a leading light of quality care, free at the point of service and with dedicated and caring staff.

Is that viewpoint still valid, and how does it compare to the Spanish healthcare system?

If you were viewing the NHS from the USA, and are not fortunate enough to have private healthcare, then you might indeed be envious of what is on offer in Britain. With 500,000 Americans expected, just this year alone, to be bankrupted by medical charges, it is understandable why many would not even bother to seek medical help, when it comes with such a hefty price tag.

As a British pensioner and S1 holder, I’m entitled to medical care in Spain. I also hold a British European Health Insurance Card (EHIC) that covers me while travelling in 27 other EU countries, the UK included – for now.

I must praise the Spanish healthcare system, where I can obtain a ‘medico’ appointment within a couple of hours. Compare that to waiting up to six weeks in the UK to see your GP. People have either probably recovered or deteriorated by the time their appointment arises, and any treatment can start.

Over the last fortnight, I‘ve witnessed the inside of both a British and a Spanish hospital. The difference is stark.

My mother was recently admitted to hospital in England, following a nasty infection. I lost count of the number of scans, x-rays, blood tests and other tests performed over several days, to diagnose the cause of mum’s symptoms. The treatment by doctors, nurses and hospital staff was comprehensive – and everyone was kind, caring and communicative – but it was abundantly clear that resources are stretched. It is clear that without foreign nationals, predominantly from the European Union, the hospital would fail to function.

By contrast, when my husband had out-patient surgery last week in our local Spanish hospital, the atmosphere couldn’t have been more different. Plenty of staff were on hand and they were calm and unstressed. Compare that to the UK hospital, where all the staff looked as if they needed a decent night’s sleep or a holiday.

When talking to fellow Brits in Spain, I’ve always heard glowing reports of the hospital treatment they have received here. The hospitals are well-equipped, clean and modern. I’ve yet to hear any stories of long waiting times or patients sleeping on trolleys in corridors.

I’m sure the Spanish system has its faults, but if I had to choose where to be treated, the Spanish hospital would win hands down over its British counterpart. That has absolutely nothing to do with the quality or the commitment of the staff in the British healthcare system – I could not fault them at all, there are just not enough of them.

The fate of the British health and social care sector could be determined by the December 12th election result. Despite the prime minister’s reassurances that the NHS isn’t for sale in any future trade deal with the US, the unredacted report procured by Jeremy Corbyn strongly suggests otherwise. Even if that doesn’t happen, the cost to the NHS of medicines could increase drastically in the future.

Regardless of your political persuasion, it seems patently obvious that the NHS is in crisis. It needs a massive financial injection, to counter the terrible lack of investment over recent years. However, the biggest issue facing the NHS is the lack of staff, with vacancies for doctors and nurses now at record levels.

For the sake of our families and friends in Britain, I hope that the new government – whatever it might be – starts treating our EU workers with the respect and kindness they deserve, before the exodus back to Europe becomes even worse.

Meanwhile, lets be grateful that we have an excellent healthcare system here in Spain, and that we live in a country where immigrants are welcome.