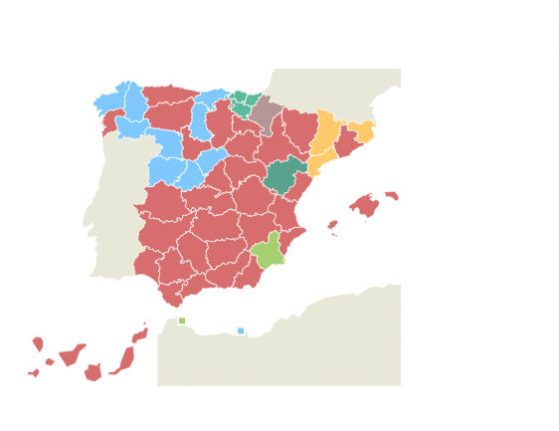 This map shows the winning parties in each province across Spain.

So who are the winners? Who are the losers? And what do these results mean for Spain?

A win for the Socialists

Spanish Prime Minister Pedro Sanchez'sSocialists were on track to win Sunday's repeat election as first results confirmed a surge in support for the far-right Vox party, which was seen coming third with three-quarters of the votes counted.

With 96 percent of the vote counted, results showed the the Socialists winning 122 of the parliament's 350 seats with around 28.5 percent of votes cast, while Vox had 53 seats, more than doubling the number the party won last time round.

Vindication for Pablo Casado, leader of the PP

The results showed the rightwing Popular Party coming second with 84, up from 66 in the previous poll in what will be seen as huge turn around for party leader Pablo Casado.

Huge surge in support for Vox Spain's fourth election in as many years has been overshadowed by theongoing Catalan separatist crisis which has cranked up support for Vox.

The party only made parliamentary debut in April when it won 24 mandates in the biggest showing by the far-right since Spain returned to democracy after dictator Francisco Franco's death in 1975.

In recent days, Sanchez has repeatedly raised the alarm about Vox's “aggressive ultra-rightwing” policies, warning the party would drag the country back to the dark days of Franco's dictatorship.

The last election produced a near-record 76 percent turnout, which helped Sanchez who had mobilised left-leaning voters to oppose Vox.

But participation this time round dropped to 69 percent.

The end of Ciudadanos The party led by Albert Rivera was dealt a crushing defeat, losing its place as the third political force to become the sixth party in Spain's congress dropping from 57 seats to just ten.

Rise of the Catalan separatists Not surprisingly, given the recent protests, parties calling for Catalonia to break away from Spain fared very well winning 13 seats in total. Interestingly, Barcelona went to the Socialists while the remaining provinces in the northeastern region went to the separatists.

Spain has been mired in political paralysis for four years since Podemos and business-friendly Ciudadanos entered parliament following a December 2015 election that shattered the decades-long hegemony of the Socialists and conservative Popular Party (PP).

And there is there is a good risk Sunday's vote will only prolong the agony in the eurozone's fourth-largest economy.

Both well short of a majority (176), even with three-way coalitions, and more national regional things than ever in the middle.

With no single party able to secure the required 176 seats for a majority, the Socialists are likely to opt for a minority government — but that would only work if the PP abstained in an investiture vote, said Teneo analyst Antonio Barroso.

“Vox's rise creates a serious dilemma for PP: facilitate a Socialist-led government, which would leave the centre-right party vulnerable to Vox's attacks, or going to another election with Vox on the rise,” he tweeted.

“Government formation is going to take time (again), and Spain might go into the Christmas break without a government.” 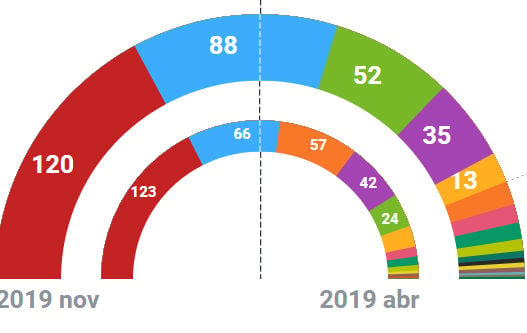 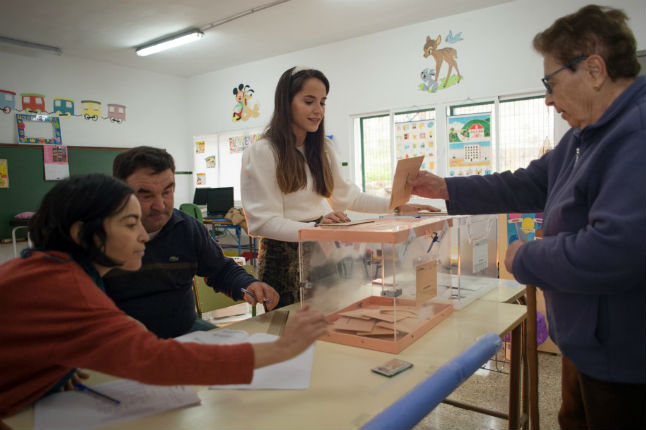