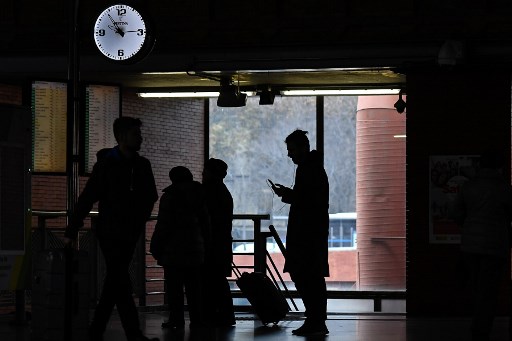 Machinists for Spain’s public rail service RENFE have brought their 24-hour strike forward by a week, from the initially announced April 23rd, meant to coincide with the day many holidaymakers return home after the Easter break, to Wednesday April 17th, a day on which many Spaniards will be leaving on their Semana Santa holidays.

Cancelled trains include medium and long distance routes around Spain and between neighbouring Portugal and France, although 95 percent of the total network isn’t expected to be affected by the cancellations.

Most of the long distance and AVE trains affected correspond to lines that link Madrid with cities such as Barcelona, Seville, Malaga or Valencia.

Here is the full list of cancelled trains for Wednesday April 17th:

According to Renfe, the overall impact to travel will be “minimal”, although machinists do plan to strike again on Wednesday 24 April.

On a more positive note, planned strikes by Air Nostrum pilots Madrid Barajas airport ground staff have been called off for April 22nd, 23rd and 24th.

The news comes a day after it was announced that 148 Air Nostrum flights to and from Madrid would be cancelled from April 15th to 17th.