Two-year-old Julen Rosello fell down a 110-metre deep borehole on an Andalusian hillside nine days ago. Here's what you need to know about the battle to find him and whether or not he could still be alive.

Two-year-old Julen Rosello was with his parents Vicky and Jose on a family day out on Sunday, January 13th.

They went from their home in El Palo, Malaga to visit relatives who owned a rural property in Totalán, in the hills outside Malaga where the group planned `to cook a paella outside in the sunshine.

Vicky, reportedly walked away from the group to speak on the phone and father, Jose was looking for kindling to start the fire over which to cook the paella.

Little Julen was playing just a few feet away from the group with his young cousin when he somehow managed to slide into the narrow opening of a borehole that had been made a month earlier to look for water. Reports state that a scream was heard but then nothing more.

The borehole, made to a depth of 110 meters, was reportedly unmarked and the opening had been covered partially by some loose rocks.

The boy disappeared around 2pm and the parents raised the alarm immediately. By nightfall a team of more than 100 rescue workers including teams from fire brigade, Civil Guard, Local and National Police, and emergency health services were all mobilized to the scene. Has there been any trace of the boy?

On Monday morning, a robot equipped with a camera had been lowered into the hole to a depth of 78 meters where it found a blockage caused by fallen earth and rocks, presumably dislodged during the boy’s descent.

A small bag of sweets that the boy had been clutching was discovered in the hole as well as a couple of strands of hair that forensic tests confirmed belonged to Julen.

Why was the hole even there?

The shaft was made illegally by the property’s owner in an attempt to find underground water, a common practice in this arid corner of Spain where in order to grow anything, extra water resources are needed.

The hole, with a diameter of between 25 and 30 cm, was reportedly covered over with a pile of rocks but had no marker signalling the danger.

“There are hundreds more like that one, covered with rocks, and nobody thinks that anyone could slip down one,” an officer with Seprona, the Civil Guard’s nature protection service, told El Pais. Why is it taking so long to find him?

With rescue efforts now in the ninth day and the latest update suggesting that the breakthrough won’t be made until early Tuesday, the obvious question is why is it taking so long?

First of all the geography of the area complicates a massive rescue operation like this. The farm is hard to reach by a car, let alone huge vehicles transporting diggers, drills and pipes.

The second problem is the terrain itself, causing recurrent landslides.

The first thing rescue teams did was send a robot equipped with a camera into the hole. The camera reached a depth of 68 meters before encountering a blockage.

The next step was to try and remove the blockage, so a vacuum machine was sent down to try and suck up loose earth but it didn't have enough power so a plan to dig another tunnel was made.

The first efforts were concentrated on digging an angled tunnel into the hillside directly to the point where the boy was thought to be, but attempts to dig a horizontal tunnel were abandoned after it kept caving in.

The focus was then put entirely on making a vertical tunnel parallel to the borehole itself.

Experts described the rescue efforts as a feat of civil engineering that under normal circumstances would take months to plan and complete, but one that they would attempt to complete within days. The hillside at Totalán. Photo: AFP

So what are they actually doing?

Engineering teams are using a vertical boring machine  – basically a massive drill – to make a vertical shaft running parallel to the borehole where the toddler is reported to be.

The drill was finally in place on Friday with engineers making good progress over the weekend.

On Sunday however, the effort slowed as diggers hit hard granite when they reached a depth of 52 meters. They now estimate that they won’t reach the depth needed until Tuesday. The plans to drill down as sketched out by engineers at the site. Photo: AFP

When the drill reaches a depth of 60 meters, the tunnel will have to be reinforced with cladding to ensure it doesn’t collapse. Once secure, a team  of specialized miners flown in from northern Spain will go down and dig the last four meters laterally by hand to reach the spot where the child is thought to be located.

The team of eight expert miners will be lowered down the shaft in a specially made cage to start digging a four-metre horizontal tunnel to the location where they believe the toddler is.

Who is in charge of the rescue?

Alongside all the local rescue teams from the fire brigade, police forces and health services, authorities were quick to seek help from specialist mining and drilling experts.

Among the nine companies taking part in operations is Stockholm Precision Tools AB, a Swedish company that in 2010 contributed to the spectacular rescue of 33 Chilean miners trapped 69 days underground.

A specialist brigade of rescue miners from Asrturias have been flown in to take part in the final stage of the rescue mission. They will be lowered into the shaft alongside the borehole to manually dig a chamber to reach the boy. The highly trained team have experience working in collapsed mines on rescue operations. Giant tubes will be lowered in to reinforce the rescue shaft. Photo: AFP

What are the chances of Julen being rescued alive?

On Friday, as a nation gripped by the drama of the rescue began to lose hope, experts said there was still a chance the two-year-old Julen could be alive.

Specialists at the site said the child could be contained within an air pocket caused by the fallen debris and that if the child survived the fall he could still be alive.

“Professionally we believe in what we are doing, we believe in the possibility of finding him alive and we are all fighting to find him alive. That is our hope and our goal,” said the head of the civil protection service in the southern province of Malaga, Rafael Galvez.

Experts told Spanish media that there are slim chances that Julen could still be alive, explaining that cold weather slows a body's metabolism, so it needs less energy and can survive with abnormally low breathing and blood flow.

“The cold has a double edge. On the one hand it's negative, because it can cause multiple consequences,” Ivan Carabano, a paediatrician at Madrid's Hospital 12 de Octubre, told the El Pais daily.

“But in this case we all hope for its better outcome: with it you gain time to survive because at lower temperatures the human metabolism slows and tissues are preserved.”

There have been cases similar to Julen's in which a person survived 10 days in a semi-conscious state that needed less oxygen, the head of the Andalusian Federation of Speleology, Jose Antonio Berrocal, told reporters in Totalan last week.

Pediatrician Jorge Muñoz, told Spain's ABC newspaper that hopes were dimming. “Oxygen is important,” he confirmed. “But if he doesn't have water or food, he can't survive more than a week to ten days,” he said.

Julen's father Jose, being comforted at the site. Photo: AFP

As if the anguish of losing a child down a hole wasn’t enough, it emerged that less than two years ago, the parents of Julen had suffered the tragedy of losing their eldest son. Oliver, Julen’s big brother died in Spring 2017, when he was just three years old.

Local media reported that he had suffered a heart attack will walking with his parents at a local beach and it was later discovered the child had an undiagnosed congenital heart defect.

“I believe in God, I am sorry to say this but He has been very unfair to us,” Julen's paternal grandmother Maria Carmen said during an interview private television Antena 3 last week. IN PICS: Brits in Malaga take to the streets against Brexit 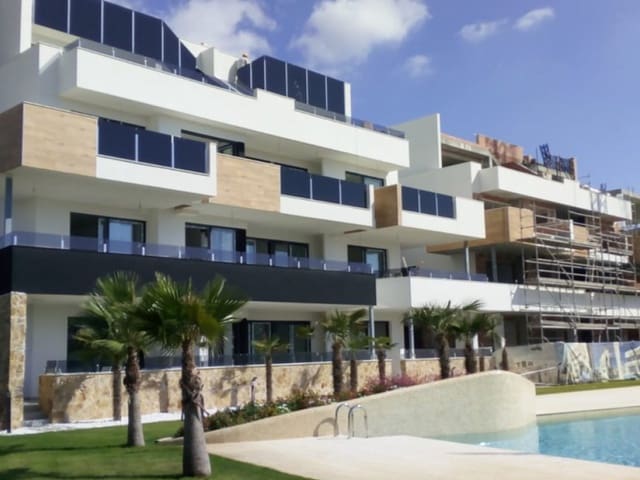 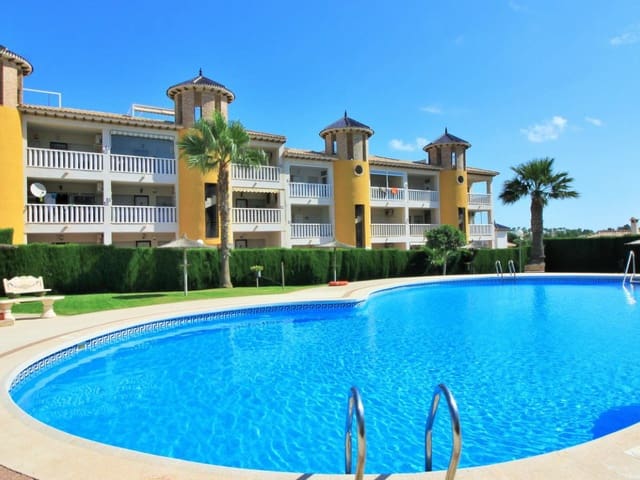 Apartment for sale in Alicante (Costa Blanca) for €94,000 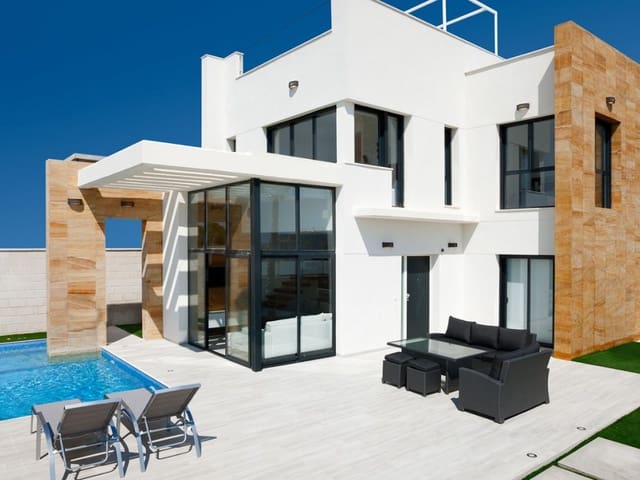 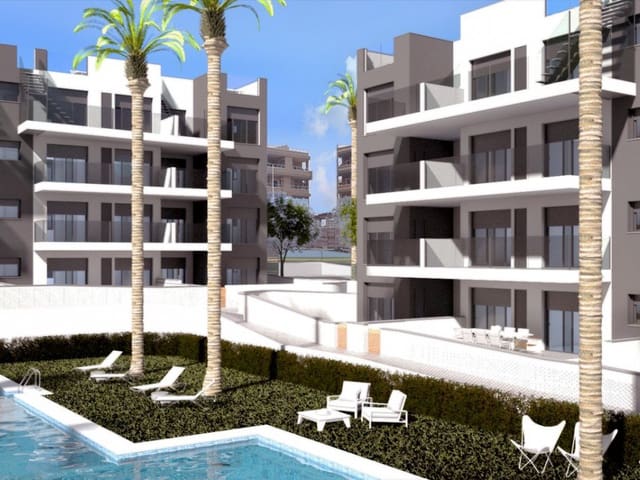 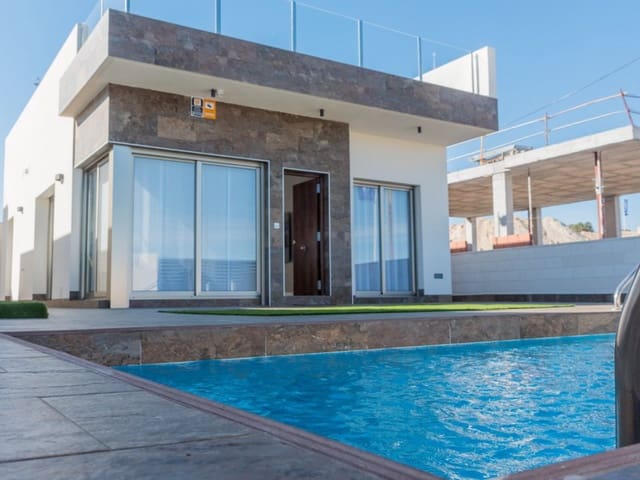 Villa for sale in Alicante (Costa Blanca) for €277,000
More properties for sale in Spain »