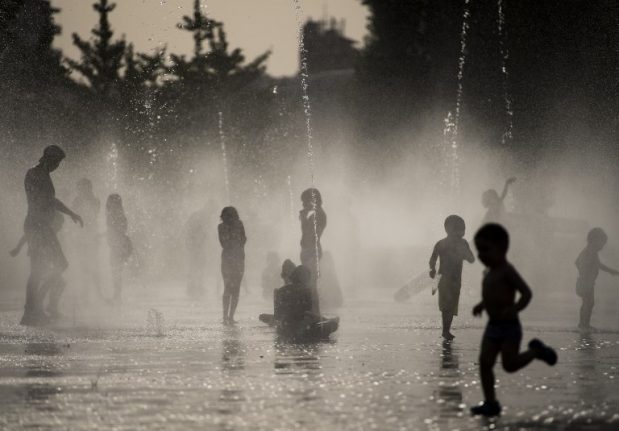 People cool down in a fountain in Madrid. Photo: AFP

Attention has now turned to Portugal and Spain, where temperatures at the weekend reached more than 46℃ in some parts of both countries – close to the all-time European record of 48℃, set in Greece in 1977. Records aside, the obvious question is what is causing the current Iberian heatwave and whether this might be a harbinger of the future. 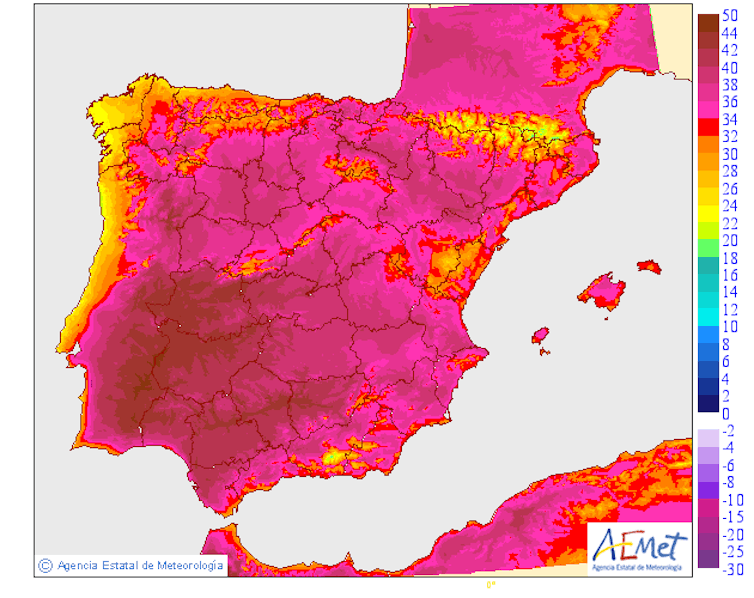 A number of factors can be identified. These include unusually warm sea surface temperatures in the North Atlantic, a wandering jet stream and associated “blocking” pattern of high pressure, a very dry land surface, and climate change.

The anomalous size and position of warm water areas in the North Atlantic this summer have shifted the so-called “polar front” northwards. This is the point where warm air from the south meets cold polar air, and any movement in the front will affect the distribution of high and low atmospheric pressure right across the Atlantic. This in turn influences the flow of westerly winds across the Atlantic and over Western and Southern Europe, especially the thin and fast “jet stream” in the upper atmosphere.

This summer, an area of persistent high pressure or “blocking” has become established over Western Europe and the eastern parts of the Atlantic. Such blocking causes the jet stream to appear “lazy” and wander much further north and south than its average position.

The upshot of all of this is that atmospheric blocking and a very snake-like jet stream prevents low pressure systems, and the “bad” weather they bring, from heading eastwards across Western and Southern Europe. In such a situation, the usual fluctuations between good, and not so good, summer weather are largely put on hold. Instead, as Portugal, Spain and much of Europe have experienced, clear skies, lots of heat, and very dry surface conditions become the norm.

In certain circumstances, persistent blocking can even draw in very warm air from elsewhere. This is what happened in Portugal and Spain, after intense heat caused an area of low pressure to form over Iberia. This “heat low” created the conditions for the flow of hot dry air from the Saraha Desert. Currently life in Portugal and Spain is not just in an oven, but more like a convection oven. A bus in Seville passes by a thermometer reading 45C. Photo: AFP

Heatwaves in Portugal and Spain are not uncommon because this type of extreme weather is characteristic of the hot and dry summers in the Mediterranean climate region. Yet there is convincing observational evidence that heatwaves are happening more frequently across the Iberian Peninsula. Logically the question arises as to what extent the current heat is associated with climate change.

Although answering this question thoroughly would involve undertaking some well-designed climate modelling experiments, it’s safe to say that there is indeed a fair chance the current heatwave is associated with climate change. That is because heatwaves are now happening on a background of rising global temperatures so the base level of background temperature on which extremes are occurring has lifted somewhat compared to pre-industrial levels.

And what of the question on everyone’s parched lips: are the current extremes the “new norm”? The short answer is no, not right now, as extremes of over 46℃ still constitute rare events. However, analyses of the pronounced 2003 European heat wave, which affected both Portugal and Spain, indicate that the very similar extremes of August 2003 could be fairly normal by the 2040s.

This of course raises questions as to the habitability of places that already possess harsh summer climates. Most likely their sustainability will depend on the extent to which traditional climate adaptation strategies related to building and lifestyles can be pushed to the limit to cope with a new climate future typified by summers with temperatures in and over the mid 40s and how flexible people and businesses might be to the idea of going elsewhere or literally underground during summer.

READ ALSO: How to complain about the heatwave like a true Spaniard